What's Up for the Debut Author Challenge Authors? - Part 19 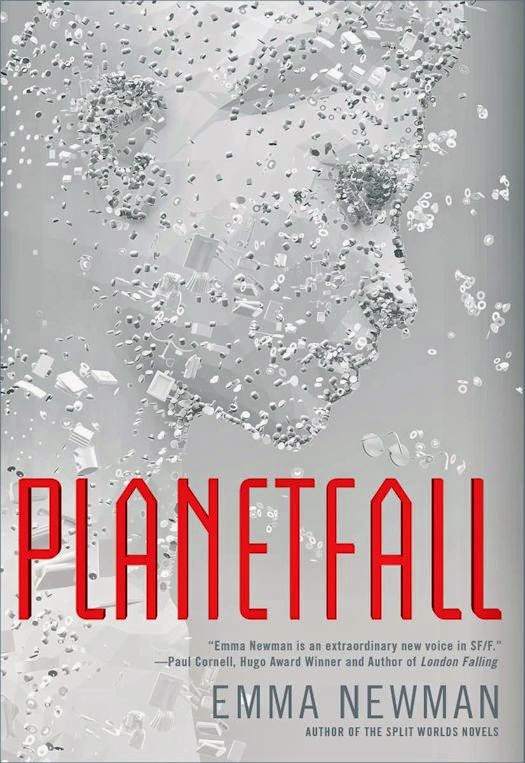 From Emma Newman, the award-nominated author of Between Two Thorns, comes a novel of how one secret withheld to protect humanity’s future might be its undoing…

Renata Ghali believed in Lee Suh-Mi’s vision of a world far beyond Earth, calling to humanity. A planet promising to reveal the truth about our place in the cosmos, untainted by overpopulation, pollution, and war. Ren believed in that vision enough to give up everything to follow Suh-Mi into the unknown.

More than twenty-two years have passed since Ren and the rest of the faithful braved the starry abyss and established a colony at the base of an enigmatic alien structure where Suh-Mi has since resided, alone. All that time, Ren has worked hard as the colony’s 3-D printer engineer, creating the tools necessary for human survival in an alien environment, and harboring a devastating secret.

Ren continues to perpetuate the lie forming the foundation of the colony for the good of her fellow colonists, despite the personal cost. Then a stranger appears, far too young to have been part of the first planetfall, a man who bears a remarkable resemblance to Suh-Mi.

The truth Ren has concealed since planetfall can no longer be hidden. And its revelation might tear the colony apart… 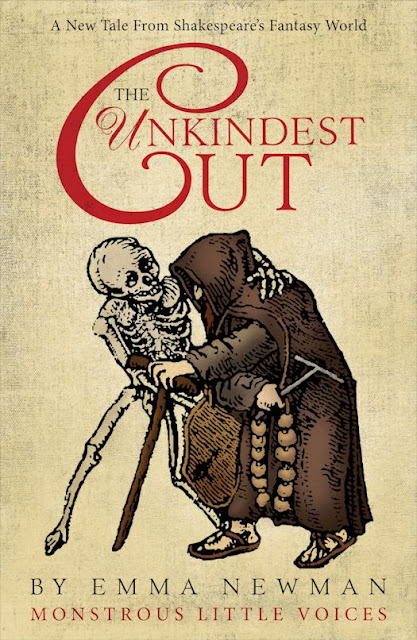 Lucia de Medici sought only to marry, ending a war that has engulfed the world from Navarre to Istanbul; but she has been lied to, and made into an assassin. Now, armed with new knowledge and accompanied by the ghost of her victim, she sets out to find who so grievously deceived her, and to what end, to try and restore the damage done.


Note that the first three Split Worlds novels are being republished by Diversion Press in 2016 and there will be 2 additional novels in the series published as well. In addition, After Atlas (a standalone SF novel) will be published in late 2016 by Roc. 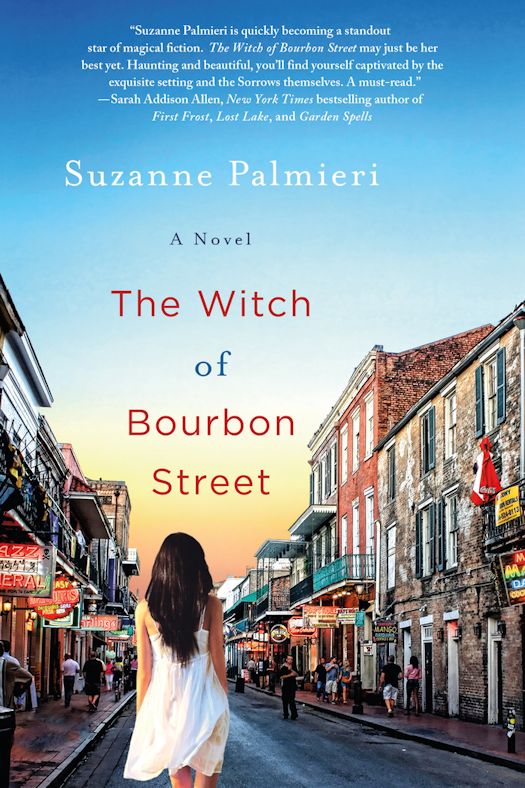 Situated deep in the Louisiana bayou is the formerly opulent Sorrow Estate. Once home to a magical family-the Sorrows-it now sits in ruins, ever since a series of murders in 1902 shocked the entire community. Now the ghosts of girls in white dresses shift in and out of view, stuck in time as they live out the past on repeat.

When Frances Green Sorrow is born carrying the "signs" of the so-called chosen one, it is believed she will bring her family back from the brink of obscurity, finally resurrecting the glory of what it once was and setting the Sorrows ghosts free.

But Frances is no savior.

Fleeing from heartbreak, she seeks solace in the seductive chaos of New Orleans, only to end up married too young in an attempt to live an ordinary life. When her marriage falls apart shortly after having a son, she returns home again-alone-just out of reach from the prying eyes of her family. But when her son disappears, she is forced to rejoin the world she left behind, exposing her darkest secret in order to find him and discovering the truth of what really happened that fateful year in the process.

Set amidst the colorful charm of The French Quarter and remote bayous of Tivoli Parish, Louisiana, Suzanne Palmieri's The Witch of Bourbon Street is a story of family, redemption, and forgiveness. Because sometimes, the most important person you have to forgive.... is yourself.

The Witch House of Persimmon Point will be published by St. Martin's Griffin on October 11, 2016 (Amazon : Book Depository : Books-A-Million : IndieBound) 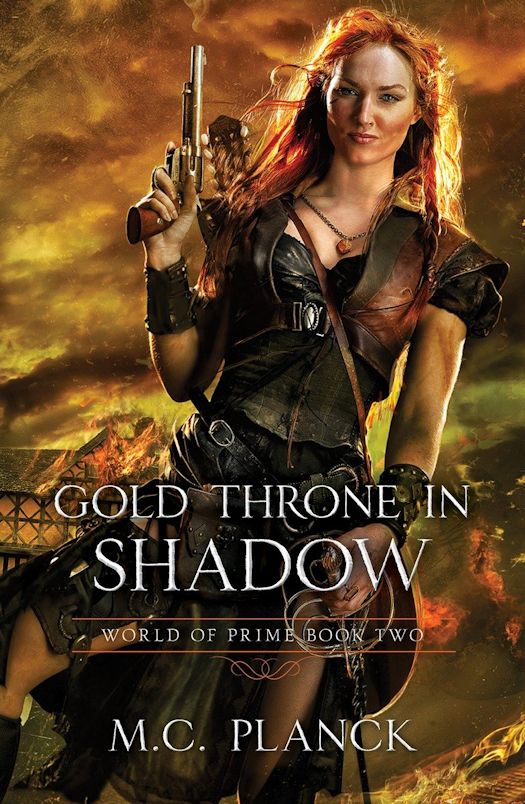 Christopher, raised from the dead and promoted to a moderate rank, takes command of the army regiment he trained and equipped. Sent south to an allegedly easy posting, he finds himself in the way of several thousand rabid dog-men. Guns and fortifications turn back the horde, but Christopher has other problems that cannot be solved with mere firepower: a wicked assassin; hostile clergymen; dubious allies including a bard, Lalania, with a connection to a mysterious group of scholars; and worst of all his own impolitic tongue. But all of these pale into mere distractions once he discovers the true enemy: an invisible, mind-eating horror who plays the kingdom like a puppet-master’s stage. Lalania claims she can help—but will it be enough? 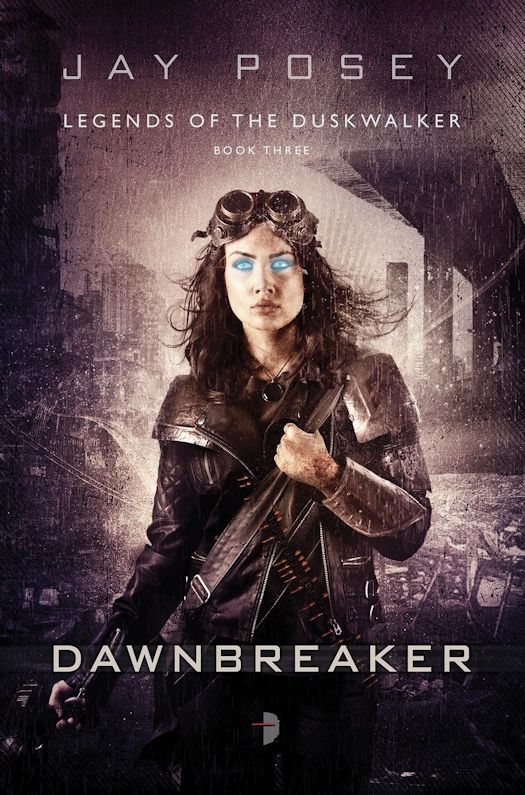 Wren is living in Greenstone under the temporary care of Charles and Mol, and the protection of Chapel. Unable to determine the fate of his mother and those he left behind in Morningside, Wren believes there is nothing left to do but wait for Asher’s final blow … until a man named Haiku walks into the Samurai McGann, looking for Three.

After learning of Three’s fate, Asher’s ascension, and Wren’s gift, Haiku offers his help, and together they set out to find the remnants of House Eight and convince them to help.

As Cass and the few who survived the fall of Morningside face overwhelming odds to escape Asher and the Weir, they realize it is impossible…until their daring and probably suicidal plan to strike turns out to have surprising results and unexpected discoveries.

File Under: Science Fiction [ Third of Three / Nil Desperandum / Against the Weir / jCharles the First ]

A daring hostage rescue leads to the discovery of an imminent terrorist attack. Thanks to the Outriders, thousands of lives are saved. Until they aren’t.

Despite the intelligence and the warnings provided by the unit, the terrorist attack goes off unhindered. What was supposed to be a triumph becomes a tragedy, and a “mission completed” completely unravels. And when they learn the reasons why, the Outriders find themselves tasked with stopping a war before it can ever start.

A dangerously cunning woman who most assuredly should be dead has seemingly returned. And her plans aren’t just devastating, they might be unstoppable.

How do you defeat a hidden enemy when you can’t let them know they’ve been discovered?

You send in the Outriders. 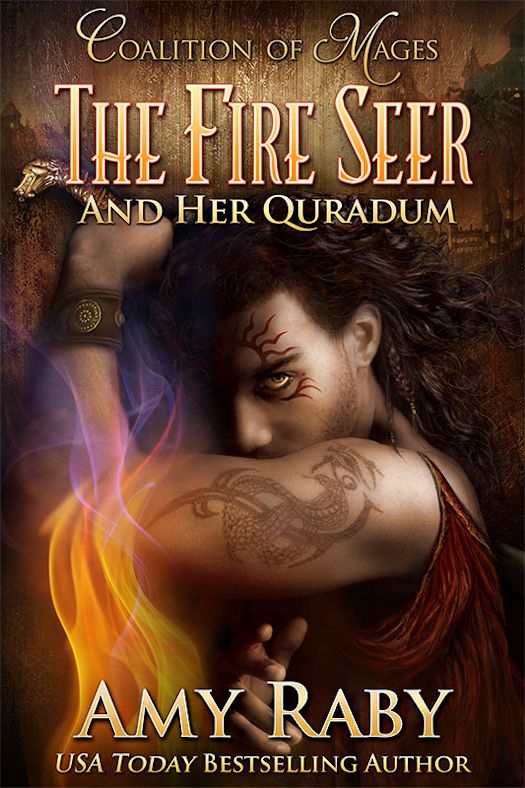 Mandir would rather wrestle a lion with his bare hands than confront the dark secrets of his past. He’s a quradum, one of the Coalition’s magic-using warriors, and when the Coalition elders send him to his childhood home to recruit a boy with magical abilities, Mandir must face his sadistic father and the family he hoped never to see again.

Taya, his partner and lover, arranges to join him on the mission, knowing that Mandir will need the support of a companion he trusts. But when someone in the household is murdered and Mandir finds himself the prime suspect, Taya will need all her wits, not to mention her fire magic, in order to clear his name. 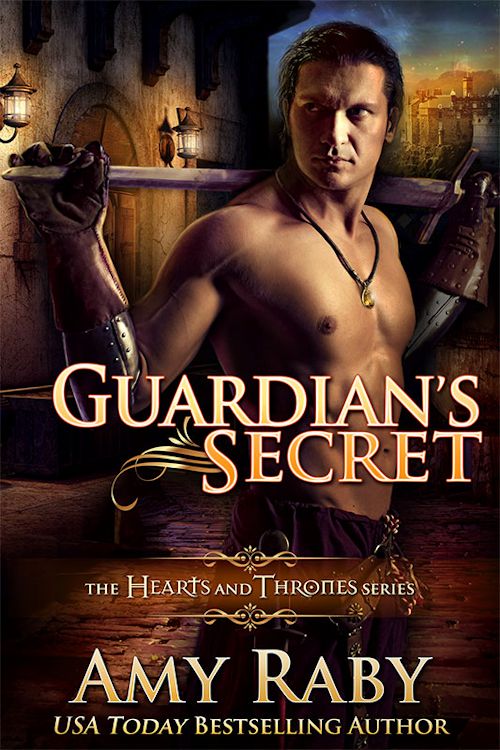 Drusus, recently retired from the imperial guard, has a secret he’s kept all his life. He’s a “morsey,” the Kjallan slang term for a man attracted to other men. But there is little tolerance for morseys in the imperial city, and Drusus must conceal his nature to preserve his friendships, his pension, and his social standing.

It’s not working. Drusus is lonely, and the woman he ineptly courts has sensed his ambivalence and fallen in love with someone else.

When a fire mage starts burning down morsey taverns and the corrupt city guard ignores the crimes, Drusus takes it upon himself to stand guard over the last remaining tavern. There he meets Caz, a gregarious dock worker, who boldly flirts with him. Drusus wants Caz, but is he willing to risk everything in the pursuit of his desire?

Note to readers: Guardian’s Secret is a gay (m/m) romance set in the Hearts and Thrones universe. It is a long novella, approximately half the length of a novel, and is a side story that occurs chronologically after Healer’s Touch.