Please welcome J. Kathleen Cheney to The Qwillery with an exclusive excerpt from Dreaming Death which will be published by Roc on February 2nd. 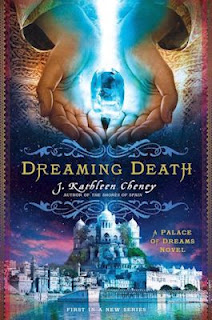 “Eli,” Mikael repeated. “Of the sixteens.”

That was one of the advantages of being a member of the Royal House—no one expected Dahar to control his emotions, even though he’d been trained by the Family. Mikael opened his mouth to answer Dahar’s question, only to stop himself before he blurted out Jannika’s name.

When Mikael had first come to Lucas Province as a nineteen, Dahar had come up with the strange idea that Mikael should marry his daughter Sera. The girl had been a thirteen or fourteen then, and quite obnoxious. No agreement had been signed, but Dahar still had the idea in his head that Mikael should be betrothed to his daughter.

“Just a friend,” Mikael managed. “I’m trying to get some information. And after that I’m going down into the city to meet with one of the writers.”

Mikael didn’t think for a moment that Dahar had missed that he’d not answered the first question. “He’s got a friend in the police.”

That wasn’t strictly true. Cerradine was looking for a corpse, while Mikael was only looking for a name. “I’ll be off duty, sir.”

Dahar sighed and strode off, back to his end of the office. Mikael resumed reading, imagining Dahar’s glare on his back. When he glanced in that direction, Dahar stood at the windows, staring moodily outside. Mikael forced his attention to stay on the papers before him.

A crash came from the other side of the room. Mikael jumped to his feet, hand reaching for a pistol he didn’t have.

The fine porcelain tea set that had been sitting on a tray on his desk now lay shattered against the far wall. Dahar strode the length of the office, opened the door, and slammed it on the way out.

What was that about? Mikael felt reasonably safe that it wasn’t his evasive answer that had triggered it. This had to be about Kai and whatever they had been arguing about so quietly before Mikael had arrived. Poor timing on Kai’s part. Dahar was never at his best first thing in the morning, before his tea.

And Kai had been avoiding his father. Kai had other commitments. They all did. There was a schedule on Kai’s desk that showed his teaching duties, his required sessions with the king, and his time to work on his own yeargroup’s schedules and issues. That was why Dahar needed two aides; Kai simply had too many other duties.

Mikael suspected if he asked Kai, he would probably have to listen to a long-winded answer that made perfect sense. Whether it was true or not was another thing altogether.

Sighing, Mikael crossed to the other end of the room, turned over the wooden tray, and began picking up the broken bits of the tea set. It wasn’t as if they let maids into the Daujom’s offices to clean, not without an appointment. And since he was alone now, that left no doubt whose job it was. 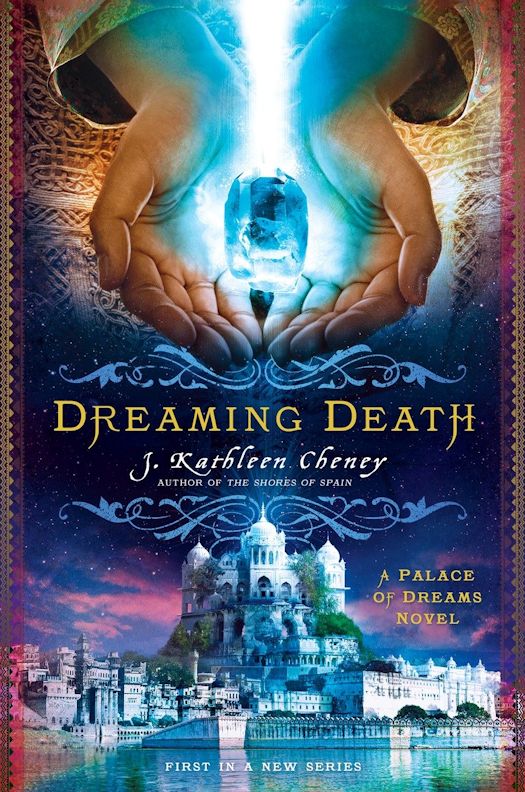 J. Kathleen Cheney is the author of the Novels of the Golden City, including The Shores of Spain, The Seat of Magic, and The Golden City. Her short fiction has been published in such venues as Fantasy Magazine and Beneath Ceaseless Skies, and her novella “Iron Shoes” was a Nebula Finalist in 2010. She lives in Oklahoma, and you can visit her online at www.jkathleencheney.com.