Spotlight and Giveaway: City of Light by Keri Arthur 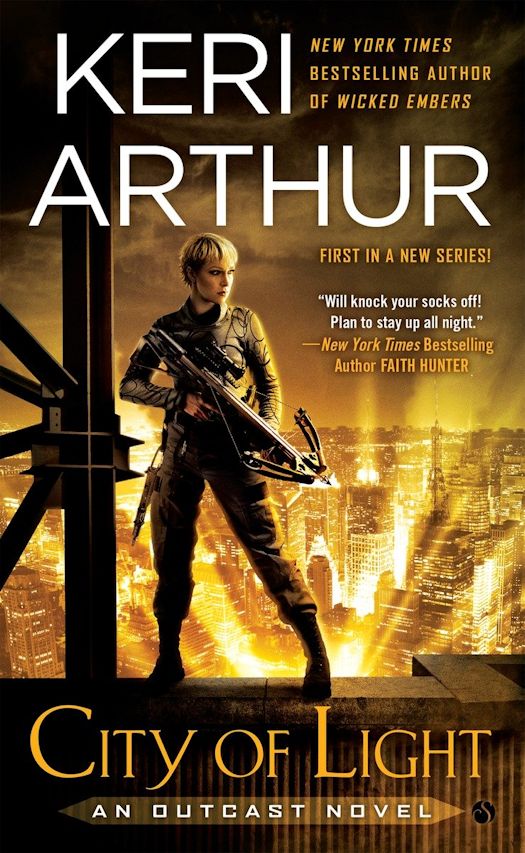 The first in an all-new futuristic fantasy series from Keri Arthur—the New York Times bestselling author of the Souls of Fire novels.

When the bombs that stopped the species war tore holes in the veil between this world and the next, they allowed entry to the Others—demons, wraiths, and death spirits who turned the shadows into their hunting grounds. Now, a hundred years later, humans and shifters alike live in artificially lit cities designed to keep the darkness at bay….

As a déchet—a breed of humanoid super-soldiers almost eradicated by the war—Tiger has spent her life in hiding. But when she risks her life to save a little girl on the outskirts of Central City, she discovers that the child is one of many abducted in broad daylight by a wraith-like being—an impossibility with dangerous implications for everyone on earth.

Because if the light is no longer enough to protect them, nowhere is safe…

Keri Arthur is the New York Times bestselling author of the Outcast, Souls of Fire, Dark Angels, and Riley Jenson Guardian series. She’s been nominated in the Best Contemporary Paranormal category of the Romantic Times Reviewer’s Choice Award and has won a Romantic Times Career Achievement Award for urban fantasy. She lives with her daughter in Melbourne, Australia.

What:  One entrant will win a Mass Market Paperback copy of City of Light by Keri Arthur from the publisher. US / CANADA ONLY

Who and When:  The contest is open to all humans on the planet earth with a US or Canadian mailing address. Contest ends at 11:59 PM US Eastern Time on January 23, 2016. Void where prohibited by law. No purchase necessary. You must be 18 years old or older to enter.