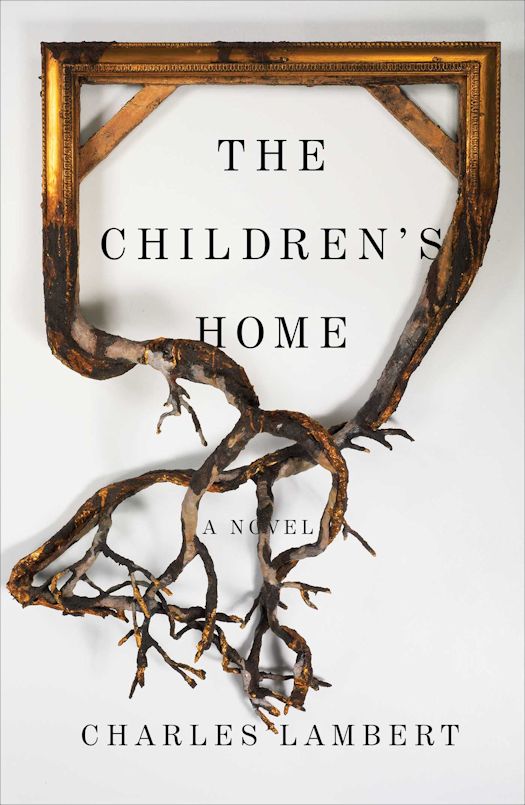 For fans of Shirley Jackson, Neil Gaiman, Roald Dahl, and Edward Gorey, a beguiling and disarming debut novel from an award-winning British author about a mysterious group of children who appear to a disfigured recluse and his country doctor—and the startling revelations their behavior evokes.

In a sprawling estate, willfully secluded, lives Morgan Fletcher, the disfigured heir to a fortune of mysterious origins. Morgan spends his days in quiet study, avoiding his reflection in mirrors and the lake at the end of his garden. One day, two children, Moira and David, appear. Morgan takes them in, giving them free reign of the mansion he shares with his housekeeper Engel. Then more children begin to show up.

Dr. Crane, the town physician and Morgan’s lone tether to the outside world, is as taken with the children as Morgan, and begins to spend more time in Morgan’s library. But the children behave strangely. They show a prescient understanding of Morgan’s past, and their bizarre discoveries in the mansion attics grow increasingly disturbing. Every day the children seem to disappear into the hidden rooms of the estate, and perhaps, into the hidden corners of Morgan’s mind.

The Children’s Home is a genre-defying, utterly bewitching masterwork, an inversion of modern fairy tales like The Chronicles of Narnia and The Golden Compass, in which children visit faraway lands to accomplish elusive tasks. Lambert writes from the perspective of the visited, weaving elements of psychological suspense, Jamesian stream of consciousness, and neo-gothic horror, to reveal the inescapable effects of abandonment, isolation, and the grotesque—as well as the glimmers of goodness—buried deep within the soul.

Dark fairy tale, neo-gothic horror, allegory, magical realism, psychological tale. The Children’s Home by Charles Lambert does not want to be neatly shoe-horned into any single genre. My eyebrow lifted at the comparisons to some of my favorite authors: Shirley Jackson, Neil Gaiman, Roald Dahl and Edward Gorey. Surely not, I thought. Really?

Morgan Fletcher is a man of considerable wealth. Raised in seclusion by an absentee father and an eccentric mother, he is facially disfigured in an incident as a young adult. Morgan doesn't know what to make of the world outside his garden wall, and is afraid it wouldn't have him anyway. After his parents pass on, he exists alone in a grand mansion with his barely seen servants until the arrival of Engel, a maid who is a gift from his sister Rebecca who runs the family business and hasn't seen her brother in years.

After Engel’s appearance, children begin to show up on their doorstep. First, an infant girl in a basket whom they name Moira, and then a five year old boy with a hand lettered tag around his wrist announcing him as David. Moira and David are the first of many children they take into the home and care for as their own. Their number and age range are never quite clear, but it seems there are more than a dozen, from infant to toddler to child. David is referred to as the eldest at one point, but these are not your average children. They are unusually smart, poised and well-behaved. Endearing them all to Morgan, not one of them is troubled by his ruined face.

A sudden round of illnesses among the children brings the local Dr. Crane for a few house calls. Engel convinces shy Morgan to show his face in front of the doctor, and the men become fast friends over backgammon and Morgan's vast library. Morgan, Engel, Crane and the children fall into an almost family-like rhythm for a short while until two agents from the Ministry of Welfare show up, accusing the household of harboring “stray” children. They deny the existence of any boarder orphans and are able to convince the agents to leave. If children appearing out of nowhere isn't odd enough, events begin to truly take a turn for the bizarre at this point.

The children come and go from the labyrinth of rooms, like ghosts disappearing into the woodwork. When they are not present at meals or in the library, it's almost as if they cease to exist. When they are present, they find some truly strange artifacts in the attic, insist that they be taught to read and write, and seem to be feverishly looking for something in the mountains of books in the library. The adults finally begin to wonder who these children are and what they want.

Overall, the story was entrancing. The layers of uncertainty are skillfully stacked, and the inability to guess much beyond the current paragraph made it hard to close the book at the end of the day. We are given clues about setting and time frame but little confirmation of anything, which adds to the off-balance feeling as the narrative unwinds. The children seem to have a specific purpose, but whatever it is, it is maddeningly unclear.

Written mostly from Morgan’s unworldly, almost childlike point of view, there are moments when you question if everything or anything you see is real. His multi-layered relationships with Engel, Crane and the children bring depth to a character that could have easily been just pitiable.

The comparisons to some of my favorite authors actually do ring true, especially with the Gorey-ish morbid child vibe. Lambert does a fine job with a dreamlike setting that teeters just on the edge of peril. Opinion on whether the ending delivers on the clever build-up will probably vary widely from person to person. It's a grim, thought-provoking tale, and a tidy ending wrapped up with a neat little organza bow would not have been fitting. Although I did not love the ending, I did adore the book as a whole and I'll be watching for more works from Lambert.

At 224 pages, The Children's Home is a compact read with a unique plot and interesting, well-drawn characters that will stay with me for some time. There's a smattering of descriptive gore, but it's not rampant. I would definitely recommend for fans of gothics and dark fairy tales, and any reader who can appreciate that whimsy is not always brightly colored; sometimes it manifests in dismal shades of gray.