Please welcome Amber Benson to The Qwillery. The Last Dream Keeper, the 2nd novel in the Witches of Echo Park series, was published on January 5th by Ace. 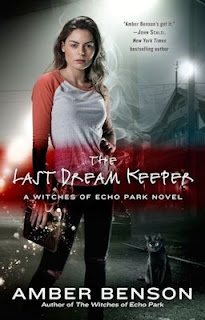 TQ:  Welcome to The Qwillery. You've written or co-written over a dozen novels. Has your writing process changed (or not) from when you wrote your first novel to The Last Dream Keeper? What is the most challenging thing for you about writing?

Amber:  It's not that my writing process has changed so much over the intervening years between book 1 and book (whatever # The Last Dream Keeper is - my brain has fallen out), it's that I've been beaten into submission and have accepted the fact that any good writing I do is actually rewriting. I wish I was one of those people who could birth a book fully borne - like Athena from Zeus's head - but sadly that is not my jam. I'm a journeyman writer like so many others. I have to put in the work and hope that it gets better with each subsequent draft.

Amber:  I'm influenced by everything I read - even the back of the cereal box. It's a real problem. I tend to read a lot less when I'm writing because the tone of whatever I'm reading hijacks what I'm working on. You definitely don't want want to be writing like Dostoevsky if you're in the middle of a genre/urban fantasy book. Those names in The Brothers Karamazov can be kind of unwieldy...makes for a much higher word count than I need for an urban fantasy book.

TQ:  Describe The Last Dream Keeper in 140 characters or less.

TQ:  Tell us something about The Last Dream Keeper that is not found in the book description.

Amber:  There is some multi-verse theory action and some interesting gender stuff - won't go into too much detail, but I wanted to represent characters that don't always get their due.

TQ:  What appeals to you about writing Contemporary Fantasy?

Amber:  You get to weave your story in a (usually) quasi-familiar world, so that the worldbuilding has a bit of a jumping off point. You still have a lot of heavy lifting to do, but it's easier to start things off in the familiar - I think the majority of people are cool with the concept of a skyscraper or have a pretty good idea what the word 'car' means.

TQ:  What sort of research did you do for The Last Dream Keeper?

Amber:  I had my tarot cards read. I wanted to make sure it was still a propitious time to be writing this series of books. I was assured it was. I was NOT assured that I would meet a tall, dark and handsome man who would take me on a long trip to an exciting locale. I don't think I got my money's worth.

TQ:  In the Echo Park Coven series so far who was the easiest character to write and why? The hardest and why?

Amber:  Lyse (the protagonist) is hardest to write. She is definitely the most like me. I have a hard time because I am a big dork in real life and I don't want Lyse to be too dorky - it's a real fine line.

Eleanora (Lyse's Great Aunt and maybe more) is the easiest to write. She just flows on the page - I don't know why - isn't that funny? Some characters show up raring to go and they make the whole writing process a dream.

Amber:  This book in particular plays with the fluidity of gender. I feel like there are a lot of people who don't get represented in fiction and I wanted to encourage a sea change...I personally think it's important for us all to feel like someone out there is telling our story.

TQ:  Which question about your The Last Dream Keeper do you wish someone would ask? Ask it and answer it!

Amber Benson, where do you get your ideas? AB: I buy them from the little lame balloon man from the E.E. Cummings poem, [In Just-]. He drives a hard bargain and he always makes you take home a balloon with you, too.

TQ:  Give us one or two favorite non-spoilery quotes from The Last Dream Keeper.

It’s strange to think those words and feel nothing. One spends an entire lifetime pushing the thought from one’s mind, pretending it doesn’t exist, and then suddenly it’s over: Your partner whirls you off the dance floor and you are no longer among the quick . . . now the dead beckon you to their side of the ballroom."

Amber:  I'm working on the final book in the witches series, tentatively titled: The End of Magic. I'm also working on a thriller about female serial killers.

Amber:  Thank you so much for asking fun questions and letting me babble on about E.E. Cummings and female serial killers! 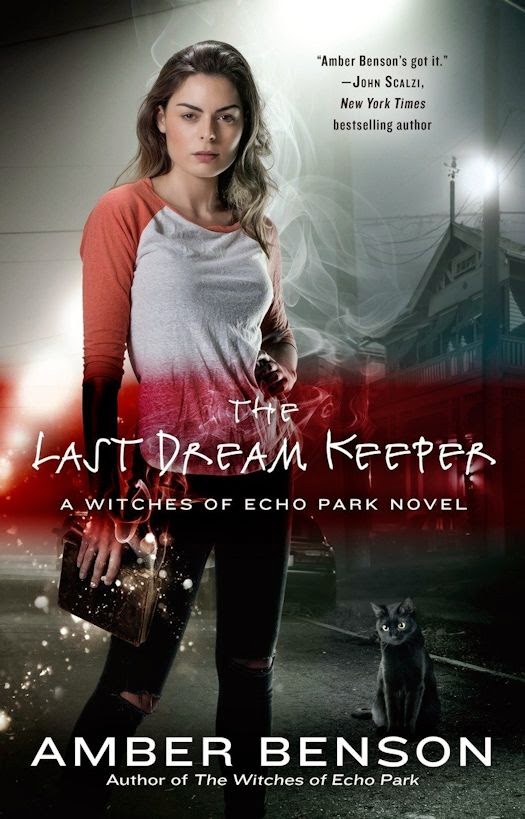 In the second Witches of Echo Park novel, one coven must keep the world in balance and stand against a rising darkness.

Lyse MacAllister did not step into an easy role when she took over as master of the Echo Park coven of witches after her great-aunt Eleanora’s death. As she begins to forge the bonds that will help her lead her sisters, she struggles to come to terms with her growing powers. And she soon faces a deadly new threat. A group of fanatics intent on bringing about the end of times has invaded the witches Council—but the Council is turning a blind eye to the danger growing in its midst.

Only one witch is prophesied to be able to stop the encroaching darkness. And if Lyse and her blood sisters are to have any chance at protecting all we know from being lost forever, they must keep her safe—no matter what the cost… 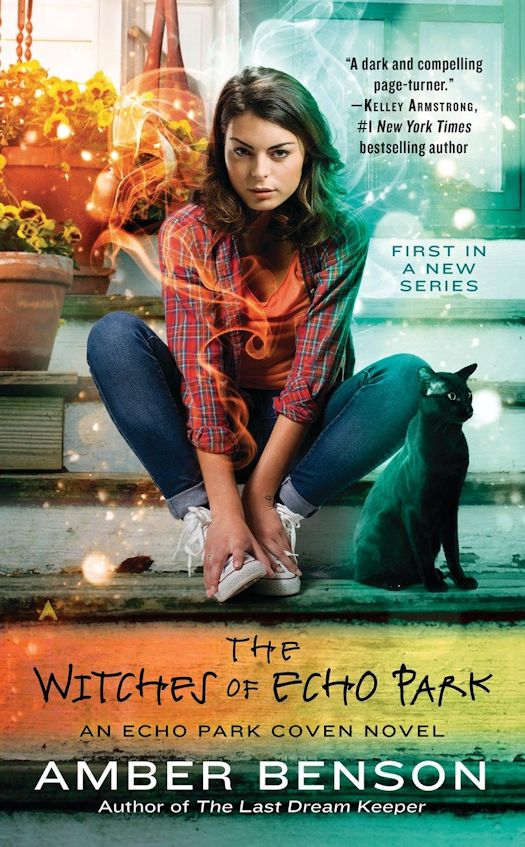 First in a “spellbinding”* new series about a coven of witches living in L.A., from Amber Benson, author of the Calliope Reaper-Jones novels.

Unbeknownst to most of humankind, a powerful network of witches thrives within the shadows of society, using magic to keep the world in balance. But the witches are being eliminated—and we will all pay if their power falls…

When Lyse MacAllister’s great-aunt Eleanora, the woman who raised her, becomes deathly ill, Lyse puts her life in Georgia on hold to rush back to Los Angeles. And once she returns to Echo Park, Lyse discovers her great-aunt has been keeping extraordinary secrets from her.

Not only is Lyse heir to Eleanora’s Victorian house; she is also expected to take her great-aunt’s place in the Echo Park coven of witches. But accepting her destiny means placing herself in deadly peril—for the world of magic is under siege, and the battle the witches now fight may be their last…

AMBER BENSON co-created, co-wrote, and directed the animated supernatural web-series Ghosts of Albion with Christopher Golden, followed by a series of novels including Witchery and Accursed, and the novella Astray. Benson and Golden also co-authored the novella The Seven Whistlers. As an actress, she has appeared in dozens of roles in feature films, TV movies, and television series, including the fan favorite role of Tara Maclay on three seasons of Buffy the Vampire Slayer. Benson wrote, produced, and directed the feature films Chance and Lovers, Liars, and Lunatics.