Please welcome Dana Chamblee Carpenter to The Qwillery as part of the 2015 Debut Author Challenge Interviews. Bohemian Gospel was published in November 2015 by Pegasus. 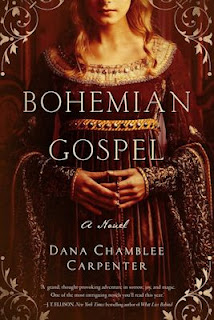 Dana:  Thanks for having me! I actually started writing in the third grade, but after a bit of a detour into the halls of academia to get my Ph. D, I came back to my dream of being a writer. Stories are like food or air for me--I need them to live. When I was a kid, I read everything I could get my hands on, and it didn't matter if the protagonist was a boy or a dog or a girl kind of like me; I could slip into the skin and become any of them. But there was still a part of me that knew that even the female characters I could most relate to—a Jo March or Laura Ingalls—weren't quite free enough or wild enough or strong enough. So I wrote my own stories with my own free, wild, strong girls.

TQ:  Are you a plotter, a pantser or hybrid?

Dana:  I am so absolutely a pantser that I have a hard time associating with plotters (just kidding). I still occasionally peek over the fence to see if the grass is really greener on the plotters' side (knowing where your story's going before you get there sounds SO nice), but then I start panicking at the idea of getting boxed in and trapped. I like to feel my way through a story.

Dana:  Blocking off the time to do the actual writing. I wear so many hats—mom (and the whole subset of jobs that involves), homeschooler, professor, wife, friend—that I have to be pretty fierce with myself to schedule my writing time and not forfeit pieces of it to something else.

Dana:  I'd like to think that almost any writer I've read is an influence on me in some form or another. But one of the touchstones for me is Eudora Welty—there's something in her writing that speaks to my soul, and I will likely forever be striving to emulate the fluidity of her narrative. There’s also Neil Gaiman, who so masterfully blends light and dark in his work and who is such a powerful role model for staying positive and encouraging in a very critical and competitive industry. I want to be him when I grow up.

TQ:  Tell us something about Bohemian Gospel that is not found in the book description.

Dana:  Things get really dark and scary. Mouse is an extraordinary young woman and so extraordinary things happen to her. She has magical moments of joy and uncommon tragedy.

Dana:  Mouse was my inspiration. She came to me first, and I didn't know when or where she belonged. As she slowly revealed some of her secrets to me, her story led to Bohemia and the 13th Century, which is where I learned about Ottakar, and I was hooked. I've always loved historical fiction, especially the books that focus on typically overlooked characters or develop fictional characters that challenge conventions in a particular historical setting. I want to go somewhere I've never been or see a familiar world in an entirely new way.

TQ:  What sort of research did you do for Bohemian Gospel?

Dana:  Anything and everything. The typical surface-level internet research served as breadcrumbs to lead me into the deeper waters of really old books that only lived in the dusty archives of a library, digitalized copies of rare and out-of-print books, music, art, architecture, and loads of research into the practices of Premonstratensian monks.

Dana:  Mouse was the easiest character to write because I knew her so well by the time I actually started drafting. It didn't take lots of mental work to imagine what she would do or say in any particular situation because I'd been living with her for a year in my head. But she was also the hardest character to write because I love her deeply and it breaks my heart (weeping and gnashing of angry teeth) when crappy stuff happens to her. I hear from readers who get so mad at certain parts of the story when bad things happen to Mouse, and I SO understand. I feel the same way. But I have to the let the story go where it needs to go; I have to let Mouse make her own decisions. And sometimes, life is really hard.

TQ:  Which question about Bohemian Gospel do you wish someone would ask? Ask it and answer it!

Dana:  It's actually not a question I can say here because it would be a spoiler, but it’s one my big brother asked over the holidays. He loved the book but he was upset about something that happens toward the end. His question was: Why? And we spent hours talking about Mouse's choices and the deeper underlying themes in the book. It was a great question that led to a great discussion. I'm pretty sure it doesn't get any better than that.

TQ:  Give us one or two of your favorite non-spoilery quotes from Bohemian Gospel.

Dana:  I love Father Lucas' reprimand of King Ottakar when he's being "protective" and trying to keep Mouse from doing something she needs to do. Father Lucas tells the King, "We both know that she is not just a girl."

Then later, at a time when Mouse is wrestling with figuring out her place in the world, Ottakar tells her "You do have value, Mouse, not lent you by parents or a family name, but a worth all your own." I love him for that.

Dana:  I'm working on revisions to the sequel to Bohemian Gospel right now. The first book was only a part of her story and I can’t wait to share with readers what happens next. 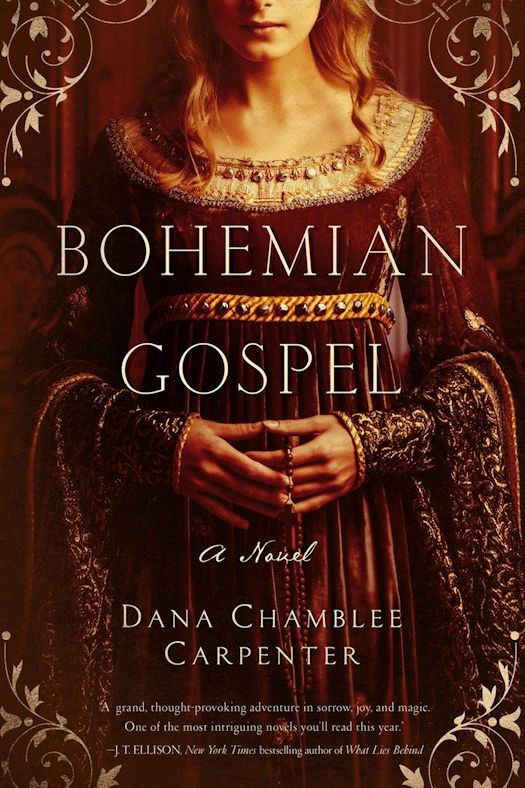 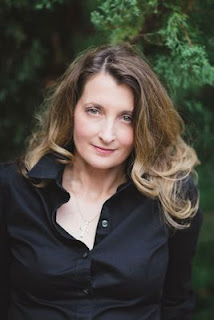 Dana Chamblee Carpenter is the award-winning author of short fiction that has appeared in The Arkansas Review, Jersey Devil Press, and Maypop. Her debut novel, Bohemian Gospel, won Killer Nashville’s 2014 Claymore Award. She teaches creative writing and American Literature at a private university in Nashville, TN, where she lives with her husband and two children.