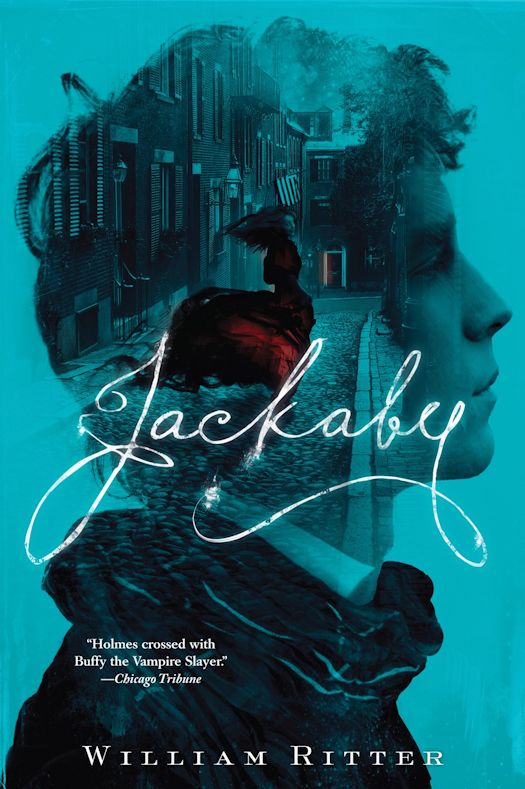 Newly arrived in New Fiddleham, New England, 1892, and in need of a job, Abigail Rook meets R. F. Jackaby, an investigator of the unexplained with a keen eye for the extraordinary--including the ability to see supernatural beings. Abigail has a gift for noticing ordinary but important details, which makes her perfect for the position of Jackaby’s assistant. On her first day, Abigail finds herself in the midst of a thrilling case: A serial killer is on the loose. The police are convinced it’s an ordinary villain, but Jackaby is certain the foul deeds are the work of the kind of creature whose very existence the local authorities--with the exception of a handsome young detective named Charlie Cane--seem adamant to deny.

The year is 1892 and adventuresome Abigail Rook has recently arrived via merchant ship to the New England port town of New Fiddleham. Abigail has nowhere to stay, is short on funds, and desperately needs a job when she comes across an advertisement for an assistant in an investigative service paying $8.00 per week. Presenting herself at 926 Augur Lane, she soon learns that this is no ordinary detective agency. Instead, Abigail learns that her potential employer, R.F. Jackaby, specializes in the paranormal and has a gift for detecting supernatural beings. Abigail is skeptical but is determined to keep an open mind. She accompanies him to a murder scene where Jackaby senses the aura of the murderer, an unknown paranormal being of a highly malicious nature. Together, Jackaby and Abigail discover that the murderer is in fact a supernatural serial killer whose brutal spree is far from over.

Jackaby, a paranormal detective story by William Ritter, is an exciting romp through old New England seen through the eyes of the extremely likable Abigail Rook. Abigail's back story underscores her thirst for adventure and she is an excellent foil to the supernatural investigator's somewhat dubious methods of cracking a case. Jackaby is delightfully reminiscent of Sherlock Holmes, and the fact that he specializes in the preternatural gives this series an exciting twist. Like Sherlock, Jackaby is brilliant but socially awkward and Abigail, who deduces mundane clues often beyond her employer's grasp, completes the puzzle as the perfect Watson.

Jackaby is satisfyingly unconventional and his eccentricities, such as sharing his home/office with both a beautiful ghost and a duck, who was once his assistant, add a flavor of the pleasantly unpredictable. His matter-of-fact introduction of various types of supernatural creatures to Abigail is entertaining and kept me amused and engaged.

I like everything about this YA novel. Abigail and Jackaby's search to track down a supernatural serial killer makes it a page-turner, and as the body count surged, so did my adrenaline. I highly recommend Jackaby; it's a winning combination of wit and whimsy with characters that are earnest and likable. It's filled with enough mayhem and mystery to leave its readers craving more. 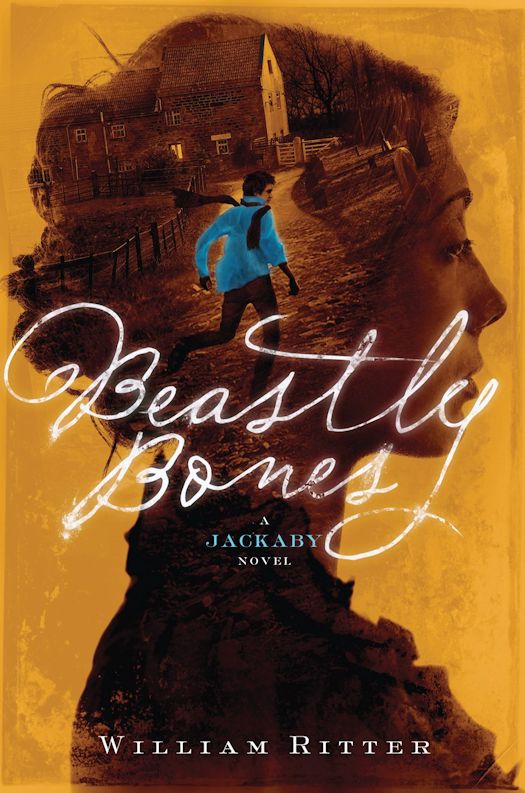 “I’ve found very little about private detective R. F. Jackaby to be standard in the time I’ve known him. Working as his assistant tends to call for a somewhat flexible relationship with reality . . .”

In 1892, New Fiddleham, New England, things are never quite what they seem, especially when Abigail Rook and her eccentric employer, R. F. Jackaby, are called upon to investigate the supernatural.

First, members of a particularly vicious species of shape-shifters disguise themselves as a litter of kittens. A day later, their owner is found murdered, with a single mysterious puncture wound to her neck. Then, in nearby Gad’s Valley, dinosaur bones from a recent dig go missing, and an unidentifiable beast attacks animals and people, leaving their mangled bodies behind. Policeman Charlie Cane, exiled from New Fiddleham to the valley, calls on Abigail for help, and soon Abigail and Jackaby are on the hunt for a thief, a monster, and a murderer.

Beastly Bones, the second installment in the series, delivers the same quirky humor and unforgettable characters as Jackaby, the book the Chicago Tribune called “Sherlock Holmes crossed with Buffy the Vampire Slayer.”

In Beastly Bones, the second installment in the Jackaby series, paranormal detective R.F. Jackaby and his young assistant Abigail Rook are sent on assignment to the rural town of Gad's Valley. A perfect set of dinosaur bones have been unearthed on Hugo Brisbee's farm, but on the heels of this momentous discovery comes a brazen theft and a baffling death by unnatural causes. Another body turns up in New Fiddleham with an identical cause of death. Due to the unusual circumstances, the acting Police Commissioner feels that only someone with Jackaby's unique skill set can solve the case. Shape-shifting police officer Charlie Cane, who has recently transferred to Gad's Valley, concurs with the Police Commissioner's assessment. Together, with Jackaby's friend Hank Hudson, a hunter of rare and extraordinary creatures, the trio must discover the secrets surrounding the Beastly Bones.

Not as strong or as fast-paced as its predecessor, William Ritter's second offering in the Jackaby series still delivers a fresh and exciting adventure. Ritter's portrayal of both his major and minor characters is flawless; it's the story itself that lacks the same bite. Part of the problem is the loose ends. For example, much time and effort is spent on 926 Augur Lane's resident ghost and questions about her mysterious past, but maddeningly no answers are provided, just the promise of some in the future.

Abigail's frustration at never being able to accompany her famous father on any of his archaeological digs was put to good use. She revels in the opportunity to work on an actual site, but the incessant bickering of the rival paleontologists and the tedious dig ended up weakening the story.

Beastly Bones is at its best when Jackaby and Abigail engage in their special brand of bantering. While their professional relationship is similar to Sherlock and Watson, Abigail's attention to detail complements Jackaby's brilliant deductions which puts them on a more even keel. Abigail possesses a vibrancy and enthusiasm lacking in Watson. The fact that she is not afraid to kick her employer in the shins if he needs it makes her even more likable.

Reading book one in this YA series is not a necessity, but I would definitely recommend it. Beastly Bones is a solid follow-up into William Ritter's humorous and horror-filled fantasy world. Reluctant readers rejoice, this series is a gem.