The next series of books that I will be reading is the Psy-Changelings series by Nalini Singh. Here are the top 3 vote getters:

And the reader whose TBR will soon include the 5 books by Caitlin Kittredge is ....

Please DM me at Twitter with your shipping information so that I can get the books out to you this week!

The Nocturne City series presently consists of 4 books, Night Life, Pure Blood, Second Skin, and Witch Craft. Demon's Mark, Book 5, will be published in May 2010. Street Magic is the first book in the Black London Novels. Book 2, Demon Bound, will be published in December 2009 so you don't have long to wait.


Thank you to everyone who voted and commented. We'll have to do this again!
Posted by Qwill at 6:37 AM 6 comments

Beware the Ides of October (for DC)

It's October 15. It's snowing. It's a bit early, but I love snow so I'm ok with this. Not that I have a choice of course. 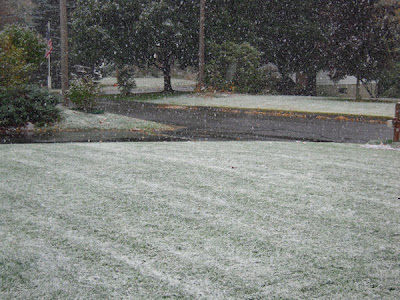 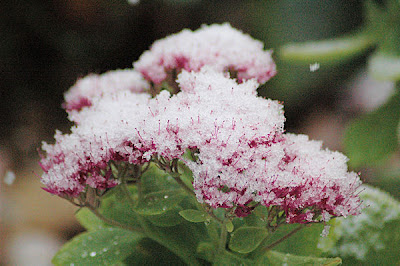 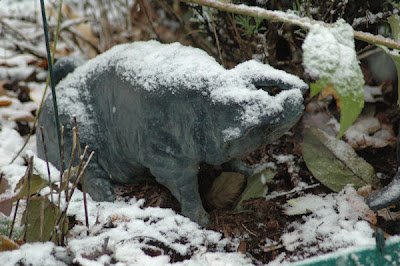 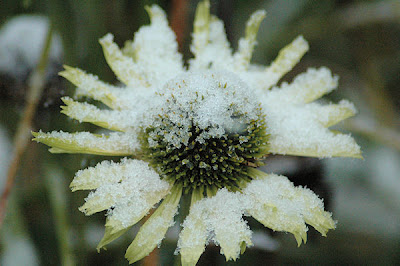 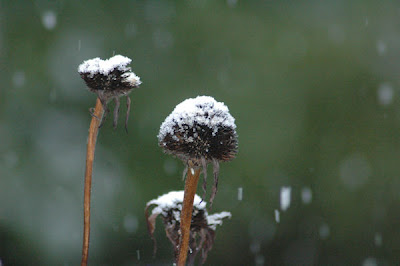 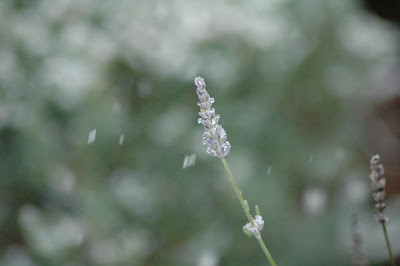 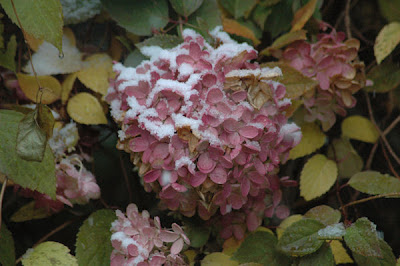 The front lawn is solid white now. It's lovely, especially because it's not sticking to the road or driveway. I think that Winter is giving us a preview of the upcoming main attraction. I can't wait.

What should I read next?

Update: I can't possibly give away just the first 2 books in a series. So.... one lucky commenter will receive Books 1 - 4 of Caitlin Kittredge's Nocturne City series AND the first novel in her Black London series. So that's Night Life, Pure Blood, Second Skin, and Witch Craft from the Nocturne City series and Street Magic from the Black London series.

So I've organized my TBR pile into a TBR bookcase. The anthologies are still in a box. The rest of the hardcovers still need to placed on the bottom shelf because that's where they fit and they will anchor the bookcase. The paperbacks are 3 rows deep so quite a few books fit in this bookcase. 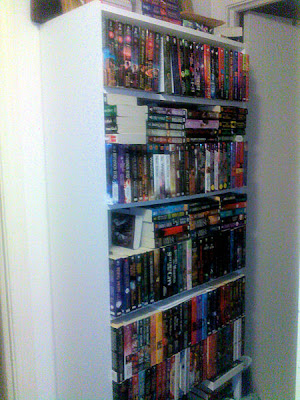 Now that everything is organized, I don't know what to read next. Over on the right of the page is a poll where you can vote to help me decide. I'll read the series that gets the most votes.

In the comments tell me why you voted for a particular series. Or just leave a comment about anything book or TBR related.

I also found duplicates of two books. Only 2 books - it's a miracle! So if you comment I'll put your name on a slip of paper and then in a hat or jar or some other receptacle. One of the small humans will reach in and pull out a name and one lucky commenter will receive the first two Nocturne City books by Caitlin Kittredge: Night Life and Pure Blood. I will ship them internationally, but probably by slow boat. The poll is open until next Sunday. The person who gets the books will be announced on Monday, October, 19, 2009. This is not a contest. It's just a way for me to send 2 extra books to a new home.

Thanks for helping me decide!