The winner of the January 2016 Debut Author Challenge Cover Wars is Steal the Sky by Megan E. O'Keefe from Angry Robot Books with 63 votes equaling 36% of all votes. The jacket was designed by Kim Sokol.

Detan Honding, a wanted conman of noble birth and ignoble tongue, has found himself in the oasis city of Aransa. He and his trusted companion Tibs may have pulled off one too many cons against the city’s elite and need to make a quick escape. They set their sights on their biggest heist yet – the gorgeous airship of the exiled commodore Thratia.

But in the middle of his scheme, a face changer known as a doppel starts murdering key members of Aransa’s government. The sudden paranoia makes Detan’s plans of stealing Thratia’s ship that much harder. And with this sudden power vacuum, Thratia can solidify her power and wreak havoc against the Empire. But the doppel isn’t working for Thratia and has her own intentions. Did Detan accidentally walk into a revolution and a crusade? He has to be careful – there’s a reason most people think he’s dead. And if his dangerous secret gets revealed, he has a lot more to worry about than a stolen airship. 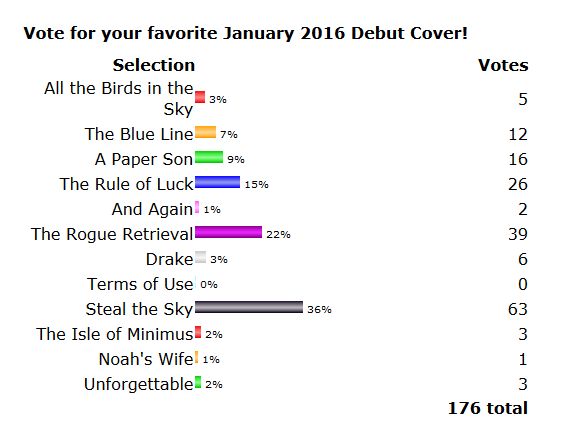 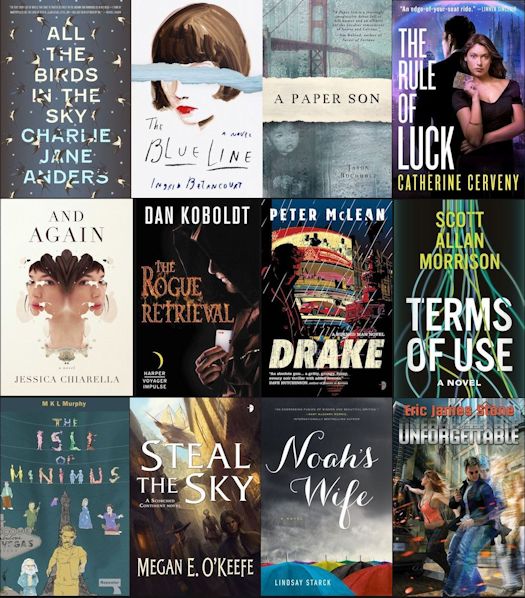 Thank you to everyone who voted, Tweeted, and participated. The 2016 Debut Author Challenge Cover Wars will continue with voting on the February Debut covers starting on February 15, 2015.