Please welcome Erica Hayes to The Qwillery. Scarred will be published on January 14th by HarperImpulse. 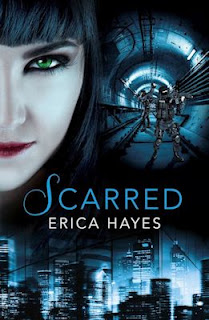 5 brilliant screen villains of 2015
Hi, I'm Erica, and I write about superheroes. Thanks for having me on The Qwillery today!

My new book SCARRED is about a crimefighting superheroine who wonders if she's got what it takes to be a true hero. Which gets me thinking about what makes a good villain.

All the stuff I like to watch has brilliant villains who aren't merely one-dimensional foils for the hero. They have their own reasons for their actions that don't even involve the heroes most of the time. They have deeply conflicting emotions about their choices, which makes them at least as fascinating than the main characters and probably more.

They aren't bad guys by accident. They consider their options, and choose to do bad things – because it's the only choice their conscience will allow.

Of course, it helps if they're hot.

What's this got to do with my new book, SCARRED? Well, y'know, not a lot :) My book has some awesome villains, if I may say so, with evil superpowers and twisted minds and horrible sex appeal. My telekinetic crimefighting heroine, Verity Fortune, has her work cut out for her. If you like superhero stories and kick-ass female leads, check it out!

Right. Enough of that. Without further ado, and in no particular order, my five best on-screen villains of 2015…

Kylo Ren from The Force Awakens

Okay, so the prodigal, um, no one in particular (no spoilers here!) from The Force Awakens has to get a guernsey for the hilted light sabre alone. Extra marks for Adam Driver's floppy emo hairdo and cracked mask {wipes away a tear} and the coolest force powers since Obi-Wan waved his finger and murmured 'These aren't the droids you're looking for…'

But the best thing about Kylo is his apocalyptic temper tanties, complete with howling and heat shimmers. No casually force-choking admirals from miles away over the viewscreen for him – when Kylo throws a proper First Order wobbly, steel bulkheads lose structural integrity, and armed storm troopers skedaddle in the opposite direction.

Comte de Rochefort from The Musketeers

If you haven't watched The Musketeers, get onto it NOW. Every single person on this show is utterly adorable. Hot guys, sexy ladies, sword fighting, amazing costumes, fabulous hair (seriously, the force of nature that is Athos's haircut has to be witnessed to be fully understood) and in season 2, possibly the best BBC villain of 2015 – or ever, for that matter.

This is a big call. I make it confidently. If it weren't for the sheer awesomeness that is Rochefort, I'd be nominating Milady De Winter right here. She's delightfully amoral, confident, clever and tough.

But Rochefort (the inimitable Marc Warren, on his days off from playing the almost equally fabulous Gentleman in Jonathan Strange a & Mr Norrell) is clever, handsome, cunning, sympathetic, competent, nefarious, deeply conflicted, pitiable, a total fashion victim, hopelessly in love with The Wrong Woman and utterly, abjectly insane.

Trust me. You're gonna love it.

2015 must have been the year for Evil Counts, because I'm actually going to marry Leo's nemesis from Da Vinci's Demons. It must be actor James Faulkner's voice… no, his hair… or maybe it's the abs… or the clothes, good god… or just those wide puppy-dog eyes and the fact that this man drips conflicting emotions and heartache the way tortured men drip blood.

Especially adorable for plumbing the depths of empathetic bad, doing completely the wrong thing for the most perfect reasons, being a true believer when all around him are liars and fools, and making you want to yell 'make out already!' at the TV whenever he and Leo are on screen together. And did I mention the voice? {dies}

Damn, Boyd. Always with the clever ones. Boyd (the one and only Walton Goggins) is a truly great antagonist, because he's the smartest guy in the room bar none and everyone thinks he's a moron. This man can talk his way out of one thing and into the next before you realise he's hoodwinked you – and there's nothing sexier than a smart, articulate, funny, and very very bad man.

At various times, Boyd has been a murderer, drug dealer, hit man, gun runner, kidnapper, bomber, hillbilly preacher and white supremacist collaborator – but we admire him anyway. Boyd is everything we loathe about rednecks, and everything we love about clever, witty, flawed, self-deprecating human beings. If we hate Boyd, we hate ourselves. Which is why the final season ending of Justified is perfect. We can argue. I'll wait.

The Penguin from Gotham

Gotham tickled my superhero fancy, and in the midst of a pretty cool cast of lunatic troublemakers, all my favourite bits had the Penguin in them. The hair, the giggle, the unhinged grin – Robin Lord Taylor is villaining his nut off and it was so good I nearly died.

Sure, he's a gloaty bad guy, and monologues with the best of them when things go his way. But you gotta respect a villain who also gloats alone, after hours, with a disco ball, a flute of champagne and his mom, wallowing in all the damns he doesn't give about all the marbles he's lost along the way.


So I've shown you mine (yeah, all dudes I'm afraid; for some reason the ladies just didn't make the cut for me this year!) Now you show me yours. Who's your best villain of 2015? Any female nominations? 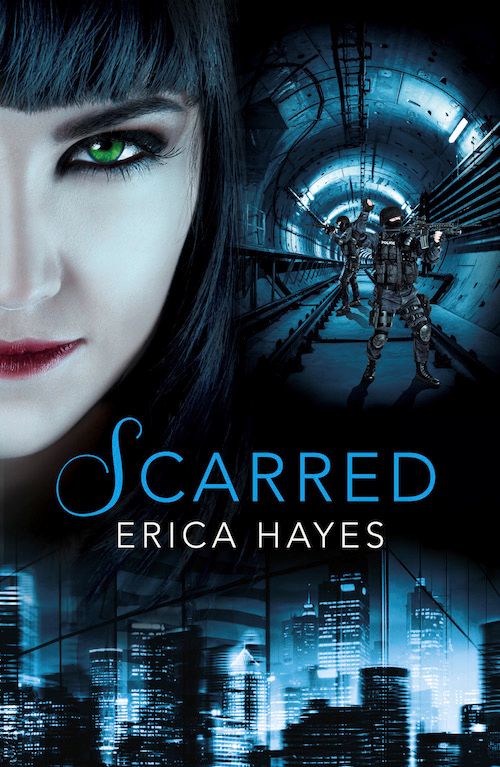 The breathtaking sequel to ‘Scorched’!

Superpowers don't make you a hero…

Verity Fortune's crime-fighting days are over. In exile, defeated by her smug supervillain nemesis, her shady past exposed—even her own superpowered family condemns her as a traitor. Whatever it takes, Verity's determined to prove she can still be a force for good.

Now, Sapphire City faces a new threat: a delinquent duo with extraordinary powers and a terrifying talent for destruction. Outmatched and on the run, her telekinetic powers faltering, Verity can't defeat this menace alone—but whom can she trust, when the only person who believes in her is her arch-enemy? 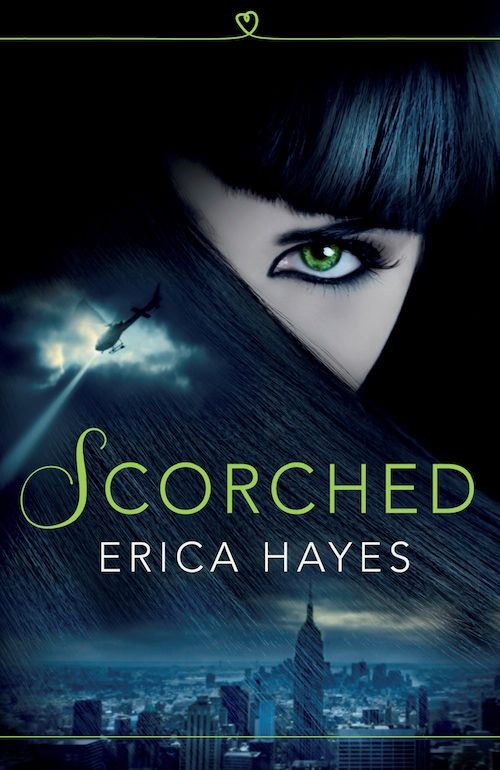 In a world where everyone wears a mask, you can't trust anyone… not even yourself.

Verity Fortune was once Sapphire City’s top crime-fighter, wielding her powers of telekinesis to battle the city’s most despicable villains.

Against those who took away her mask, her memory, and nearly her life.

Having escaped from the asylum they left her to rot in, Verity dons her mask once again and becomes the Seeker, a vigilante warrior for truth.

But when she unwittingly uncovers an evil conspiracy deep within her own family, she’s suddenly on the run, alone and hunted by those she thought were on her side… 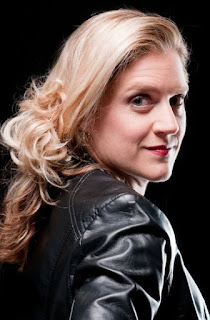 Erica Hayes was a law student, an air force officer, an editorial assistant and a musician, before finally landing her dream job: fantasy and romance writer.

She hails from Australia, where she drifts from city to city, leaving a trail of chaos behind her. Currently, she's terrorizing the wilds of Northumberland.

What:  One entrant will win a ePub copies of Scorched and Scarred by Erica Hayes from the Author.

Who and When:  The contest is open to all humans on the planet earth with an emailing address. Contest ends at 11:59 PM US Eastern Time on January 22, 2016. Void where prohibited by law. No purchase necessary. You must be 18 years old or older to enter.