NEW STORY ARC OF THE WICKED + THE DIVINE WILL PROVIDE KEY ANSWERS TO MYSTERIES SURROUNDING THE GODS
PORTLAND, OR, 02/09/2018 — Kieron Gillen and Jamie McKelvie are back at it with an all-new mind-blowing story arc of the bestselling series THE WICKED + THE DIVINE which kicks off in issue #34. It will be available in stores on Wednesday, March 7th.

This penultimate story arc to THE WICKED + THE DIVINE series will answer long-asked questions about the gods and will unveil key events from Ananke's history in the past.

“Like all the years, we take a new direction. In the final year, it's a lot of answers,” teased Gillen. “The whole book has been a mystery. Now we start to actually show the various pieces of it. We've planned the whole story, and this is our crescendo before we mike-drop with issue 45.”

The end approaches, but it’s not too late. 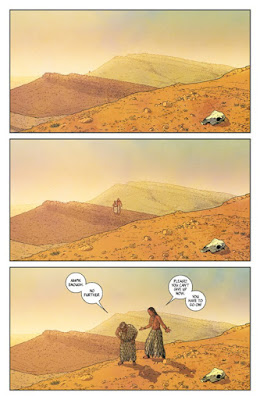 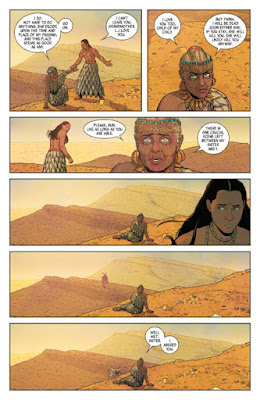 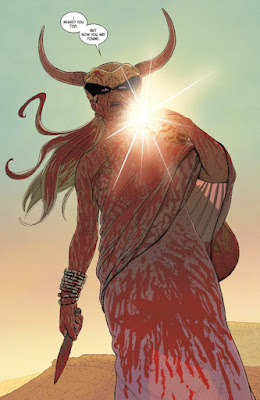 [click to embiggen]
ABOUT IMAGE COMICS
Image Comics is a comic book and graphic novel publisher founded in 1992 by a collective of bestselling artists. Image has since gone on to become one of the largest comics publishers in the United States. Image currently has five partners: Robert Kirkman, Erik Larsen, Todd McFarlane, Marc Silvestri, and Jim Valentino. It consists of five major houses: Todd McFarlane Productions, Top Cow Productions, Shadowline Comics, Skybound Entertainment, and Image Central. Image publishes comics and graphic novels in nearly every genre, sub-genre, and style imaginable. It offers science fiction, fantasy, romance, horror, crime fiction, historical fiction, humor and more by the finest artists and writers working in the medium today. For more information, visit www.imagecomics.com.
Posted by Qwill at 9:36 AM