The Qwillery is thrilled to reveal the cover for The Bulletproof Spy #1: The Silver Bullet Affair by S.L. Lahna. This debut novella will be available at Amazon on March 15th. The cover art is by Dante Saunders. 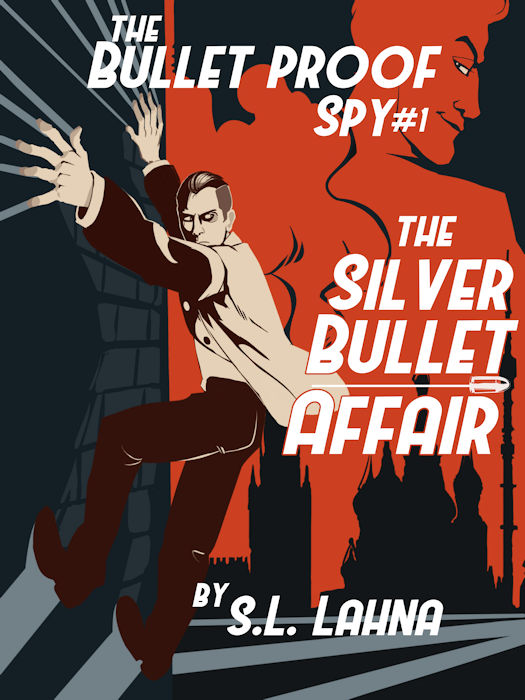 S. L. Lahna goes by they pronouns and knows way too much about Weird Things and Cold War history. Will tell you all of the reasons why James Bond is Wrong.  They are hard at work on various novels for teens and adults. Some are about asexual magicians and their demonic mentors, some are about mentally-ill monster hunters, some are about pansexual teenage boys trying to survive a horror movie. Their day job is tearing apart books for money as a freelance editor at Word Vagabond. The Bulletproof Spy series is their debut novella.