Interview with Maria Vale, author of The Last Wolf


Please welcome Maria Vale to The Qwillery as part of the 2018 Debut Author Challenge Interviews. The Last Wolf was published on February 6th by Sourcebooks Casablanca. 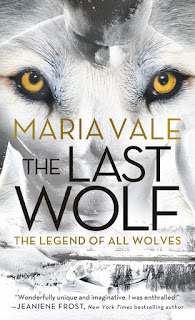 Maria:  First, thank you so much for having me and for everything you do to keep my bookshelves full and my wallet empty.

Unfortunately, I do remember the first piece I ever wrote. I think I was in fifth grade and it was about an archaeologist who falls in love with a mummy. I wanted to be an archaeologist until I realized that was actually afraid of digging into a dead person. Not opening the tomb, but like puncturing the body with a shovel. My pen name, btw, was Nina Van Tijr. Derived from Nineveh and Tyre. To say that I was a pedant doesn’t begin to cover it.

Maria:  Hybrid. I have a general direction and a few scenes worked out. The ending is usually pretty thorough, though, so I know what I’m aiming for. I can’t say that this is the best way. Other ways are no doubt smarter, but whenever I’ve tried to plan something out, it always gets ditched because, in the doing, it doesn’t feel organic. But I do like to know what the bigger questions are before I start. Like now in the third book, the emotional core is about moving forward from regret and loss about the difference between love and responsibility.

Maria:  Witty banter. Both the dialogue and the coming up of characters who one might realistically expect to say such dialogue. Then again, there are so many writers out there (Shelly Laurenston, Jennifer Crusie, Cassandra Clare, Lisa Kleypas, the list goes on) that do it so well.

TQ:  Describe The Last Wolf in 140 characters or less.

Maria:  The runt of an embattled pack finds she has to save the wolves she loves from the man she loves. A raw story of devotion and survival.

TQ:  Tell us something about The Last Wolf that is not found in the book description.

Maria:  Early on pups stay wild, they are never ‘in skin’. It’s only when they become juveniles in the dreaded Year of First Shoes that they learn how to walk on two legs and talk with words and eat with forks. Describing one of their early classes in Introduction to Human Behaviors was a lot of fun.

TQ:  What inspired you to write The Last Wolf? What appeals to you about writing Paranormal Fantasy Romance?

Maria:  A bunch of questions gets a bunch of answers: I am deeply committed to conservation. I believe strongly that we evolved with this world and we change it at our peril. Wolves have a place, and I wanted to write something that made that point.

I love writing romance, because I’ve seen enough to believe in the worth of a happy ending. Also because when you write romance, just when an overarching plot might go soggy, you have burgeoning love to keep it strong.

I love paranormal because it gives you freedom. Any speculative fiction does. You can change the world to emphasize what you want. I also like the puzzle of it. If this is true in your world, then what? If wolves have to be wild for three days out of thirty, what does that mean for everything else?

TQ:  What sort of research did you do for The Last Wolf?

Maria:  A half shelf of books about wolves. I already knew a fair amount about Anglo-Saxon mythology and law but I rehashed some of that. Endless grinding over Old English.

TQ:  Please tell us about the cover for The Last Wolf.

Maria:  I can’t tell you how much I loved this cover. Dawn Adams’ design was so sensitive, so beautiful. Tiberius has scars at his neck [no spoiler, it’s revealed in 2nd chapter], that I didn’t want to show, so she hid his neck in Silver’s face. But perhaps my favorite part is the subtle curve of Ti’s arms around the land, because while this is love story between two individuals, it is also about the love for the pack and for the land.

TQ:  In The Last Wolf who was the easiest character to write and why? The hardest and why?

Maria:  Silver was the easiest. She went through a couple of revises, but once I’d gotten her character down, she came easily. The trickiest ones were Evie, the Alpha Mate, and Victor, the Deemer or thinker about Pack law. Both are relatively minor here, but as they become increasingly important to the series, I didn’t want to do anything here that would complicate my life later.

TQ:  Which question about The Last Wolf do you wish someone would ask? Ask it and answer it!

(TQ) So you’ve finished the trilogy, but is there any part of the story you wish you could have told?

Funny you should ask. I would have loved to write about the relationship between Ælfrida and Seolfer, the Great North’s first Alpha and her Deemer, the thinker about Pack law. About trying to rebuild in an unfamiliar world, with a hostile Pack. About trying to maintain what they love best, but also to mold it to a different time and place.

Sadly, what I do not know about Upstate New York in the 17th century could fill an ocean.

TQ:  Give us one or two of your favorite non-spoilery quotes from The Last Wolf.

Maria:  The Pack regularly checks their borders to make sure that the signs are secure and legible and that trespassers have no excuse. Adult wolves take pups with them so that the next generation can be introduced to the farther reaches of their land.

Here, Tiberius who refuses to change, is confronted with the wild joy of being a pup by Leelee.


An ill-advised squirrel runs across the outer rim of the Stones, and Leelee turns quickly to run after it, the wind tickling her fur and the scent in her nose. I know that feeling of taking it all in—moldering pine needles, owl pellets, borer beetle, tree sap, two-year-old porcupine den, sassafras bush—until the scent of prey hits you right in the back of the throat and everything tenses and you chase, even if your tummy’s little and full and all you really want is for the thing, whatever it is, to escape so you don’t have to eat it, but still you can’t help but hunt.
She peels off after her squirrel, looking behind to make sure we’re watching.
The squirrel chitters at her from the safety of a maple. Ti stares, his hands fisted by his sides, as Leelee scampers and bounds and falls on her back and twists her little legs in the air, her belly dotted with leaf litter. A tiny furrow cuts through his usually impassive brow, and his mouth, while still tightly closed, turns down a little at the corners. His wild—that seductive scent of crushed bone and evergreen—radiates thicker now, and when I touch his arm, he jolts as if from a waking dream and blinks down at me, looking in this moment like a lost boy.


This is simply a short description of Silver running wild during the Iron Moon.


Higher up, the snow churns around me and the downed leaves swirl behind me and I run with my whole legs, faster than snow or wind.
Past the High Pines and the Krummholz, I keep going until I hit the incised rock of the peaks. Up here, the wind cuts through even the thickening undercoat, but the chill feels so good on my skin.
Exposed and without much prey, the Pack doesn’t bother much with the peaks, but from here, the Homelands spread out soft and muted. Leaves look cottony; needles are frilled. In the overcast night, the dusky clouds of tomorrow’s snow settle in the valleys like gray ribbons.
I throw back my head and howl.
“I am.”
From scattered hills and deep forests, wolves answer.
“We are.”

I have a couple of things already in the works—one a ya trilogy, one a standalone contemporary romance between a waitress and the Angel of Death.

And thank you so much for having me, as you might guess, I’m a big fan of speculative fiction in all of its many forms. 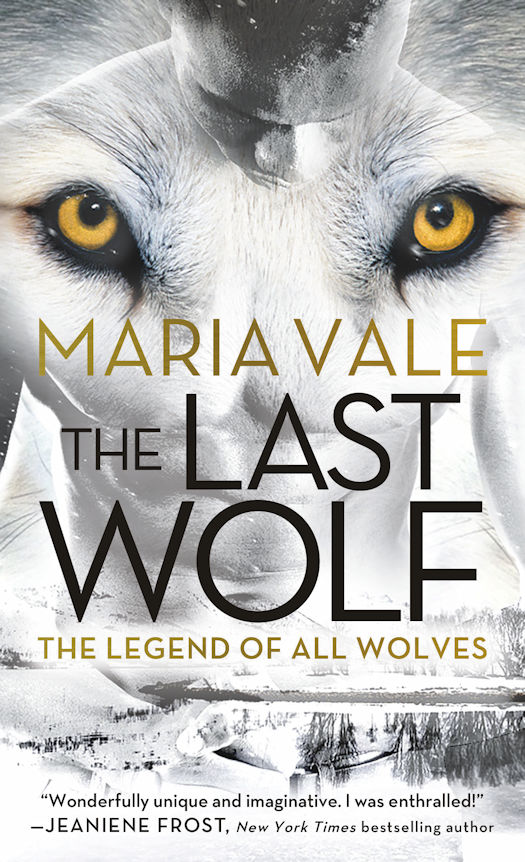 For three days out of thirty, when the moon is full and her law is iron, the Great North Pack must be wild.

If she returns to her Pack, the stranger will die.
But if she stays…

Silver Nilsdottir is at the bottom of her Pack’s social order, with little chance for a decent mate and a better life. Until the day a stranger stumbles into their territory, wounded and beaten, and Silver decides to risk everything on Tiberius Leveraux. But Tiberius isn’t all he seems, and in the fragile balance of the Pack and wild, he may tip the destiny of all wolves…

Maria Vale is a journalist who has worked for Publishers Weekly, Glamour magazine, Redbook, the Philadelphia Inquirer. She is a logophile and a bibliovore and a worrier about the world. Trained as a medievalist, she tries to shoehorn the language of Beowulf into things that don't really need it. She currently lives in New York with her husband, two sons and a long line of dead plants. No one will let her have a pet. Visit her at https://www.mariavale.com/.