Here are some of the recent and upcoming novels by formerly featured DAC Authors. The year in parentheses is the year the author was featured in the DAC. 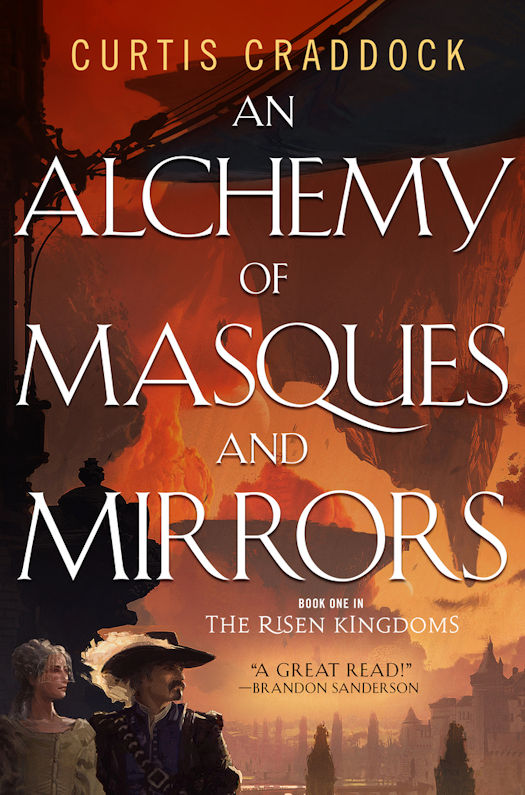 An Alchemy of Masques and Mirrors is Curtis Craddock's delightful and engrossing fantasy debut featuring a genius heroine and her guardian, a royal musketeer, which Brandon Sanderson calls, "A great read!"

Born with a physical disability, no magical talent, and a precocious intellect, Princess Isabelle des Zephyrs has lived her life being underestimated by her family and her kingdom. The only person who appreciates her true self is Jean-Claude, the fatherly musketeer who had guarded her since birth.

All shall change, however, when an unlikely marriage proposal is offered, to the second son of a dying king in an empire collapsing into civil war.

But the last two women betrothed to this prince were murdered, and asorcerer-assassin is bent on making Isabelle the third. Isabelle and Jean-Claude plunge into a great maze of prophecy, intrigue, and betrayal, where everyone wears masks of glamour and lies. Step by dangerous step, Isabelle must unravel the lies of her enemies and discovers a truth more perilous than any deception.

“A setting fabulous and strange, heroes to cheer for, villains to detest, a twisty, tricky plot — I love this novel!” —Lawrence Watt Evans 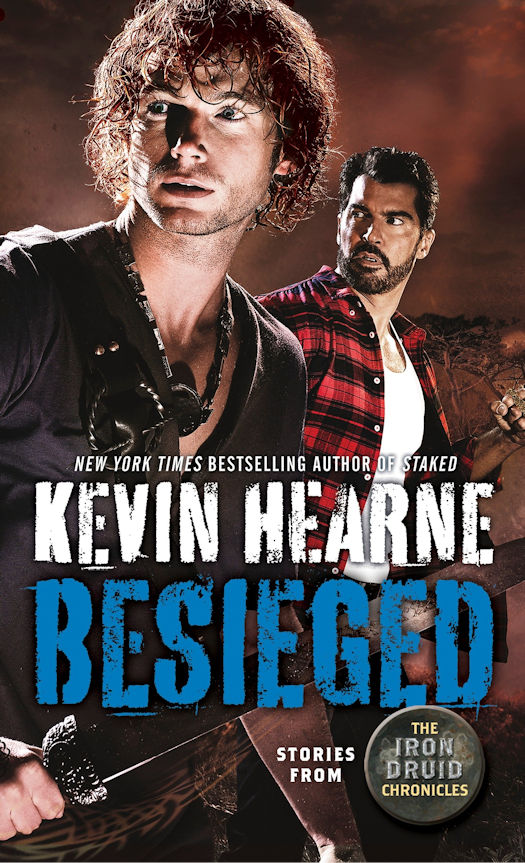 • In ancient Egypt, Atticus agrees to raid a secret chamber underneath the library of Alexandria, dodging deadly traps, only to learn that on-site security includes two members of the Egyptian pantheon.
• At a Kansas carnival, fun and games turns to murder and mayhem, thanks to soul-snatching demons and flesh-craving ghouls luring visitors into an all-too-real house of horrors.
• Verily, in olde England, striking up a friendship with William Shakespeare lands both Atticus and the Bard in boiling hot water with a trio of infamous witches.
• During the Gold Rush, the avatar of greed himself turns the streets of San Francisco red with blood and upsets the elemental Sequoia. Atticus may have to fight fire with fire if he’s going to restore balance.

More, you say? Indeed there is—including bogeymen, vampire hordes, wrathful wraiths, and even a journey to the realm of the dead. Prepare to be besieged with nine tantalizing tales—not to be missed, never to be forgotten. 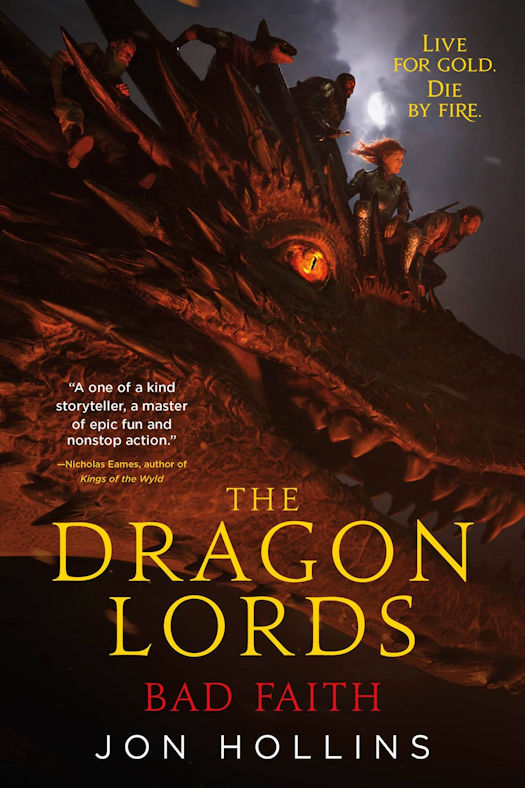 Guardians of the Galaxy meets the Hobbit in this rollicking fantasy adventure.

Will and his comrades went to war to overthrow the reign of dragons, winning battle after battle, and acclaim as conquering heroes.

But now they’ve angered the gods, and may just need the dragons to help them this time…

“Jon Hollins is a one-of-a-kind storyteller, a master of epic fun and nonstop action.” – Nicholas Eames, author of Kings of the Wyld