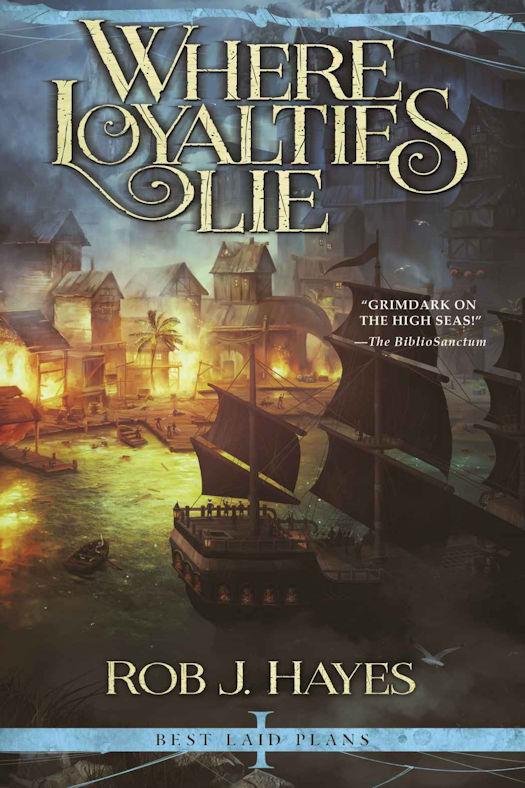 Everybody knows Drake Morrass is only out for himself.

As the fires of a dying city burn on a distant shore, Drake sees an opportunity to unite the other pirate Captains under his flag and claim a crown for himself. If he is to succeed he will need allies and the Oracle named Keelin Stillwater, the best swordsman in the isles, as Drake's right hand.

With enemy ships sailing his waters and setting fire to his cities, and the sinister Tanner Black threatening to steal the throne before Drake has even sat in it, Drake must somehow convince the other Captains that his best interests are also theirs.

Captain Drake has decided he wants to become king of the pirates, despite Tanner Black holding the de facto title. However, Drake’s brother, the Oracle, predicted Drake would live a long life as the Pirate King, and Drake has been planning for years on how to make that happen. With the Five Kingdoms having decided to end the pirate scourge forever simply by killing everyone in the Pirate Isles, Drake has a chance to unite Captains, crews, and islanders all under his command.
Unfortunately, everyone knows that he is always out for himself, so when he attempts recruiting other Captains, there is a great deal of resistance. In addition, the Oracle stated that Drake needed to recruit Keelin Stillwater as his second-in-command to be successful, and Keelin cannot stand Drake. All of this creates a great deal of tension in the novel which Hayes handles well.

Hayes has written a rollicking pirate’s tale with interesting characters facing complex morale situations. Although Captain Drake is far from altruistic, he recognizes that he needs to begin to give priority to others, and during the second major attack, he is the first to start boarding the townspeople on his ship to rescue them and commands Keelin to do the same. Keelin has secret priorities of his own that allow him to align his fate with Drake, despite despising the man; however, as he watches Drake begin to take command and rebuild a pirate homeland, he cannot help but become truly supportive. Keelin’s childhood sweetheart and daughter of Tanner, Elaina Black is torn between loyalty to her father and loyalty to Keelin, whom she loves; but when Keelin appears to be in love with another, there is a question about how far she will go to punish him. Nearly every major character has serious questions about where their loyalties ought to lie.

All in all, Where Loyalties Lie was strongly written, with several different arcs in the story-telling, enough world-building to capture a reader, and only enough unanswered questions to warrant a second novel without creating frustration in the reader.