The Lost Child Coming to Nintendo Switch This Summer


Santa Ana, CA (February 20, 2018) – NIS America is happy to announce that The Lost Child will be available on Nintendo Switch™ in Summer 2018 for North America and Europe as a physical and digital release alongside the PS4 and PS Vita release.

About the game:
Hayato Ibuki, a journalist for an occult magazine, was investigating the mysterious suicides that were taking place in Shinjuku station. During his investigations, a black shadow pushes Hayato onto the tracks. A beauOful, mysterious girl, Balucia, saves Hayato at the last moment and gives him a large case... And thus, Hayato's new life begins.

Inside the case is the demon gun, Gangour, which is a tool that can capture and use demons. Hayato uses its power to turn demons into allies.

With the Gangour in hand, and accompanied by the self-proclaimed angel Lua; the supposed chosen one, Hayato, travels all over the country to investigate mysteries and search for that beautiful mystery woman. And while he's at it, he gets caught between the ambitions of the dark rulers and the expectations of the angels...

Key Features:
Mythology Unbound - Features 100+ Astrals from myths and legends to capture, each with 3 unique forms to progress through!

Spread the Wealth of Knowledge - There are more than 250+ skills to learn among your party of captured Astrals.

The Infinite Abyss Awaits - Test yourself against massive dungeons with up to 100 floors of deathly dangers! 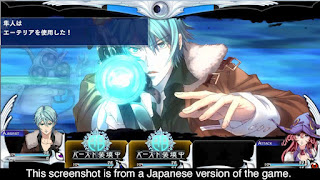 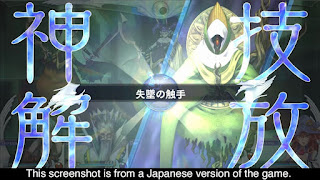 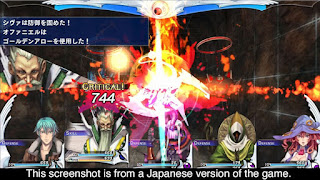 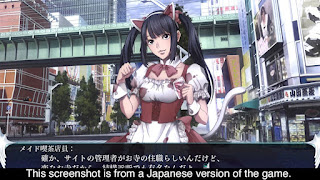 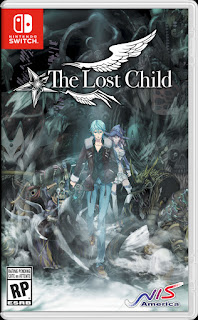 
About NIS America
In 2003, NIS America was established in Southern California to bring exciting, one-of-a-kind Japanese culture to North America. NIS America’s team members devote themselves to the fans. Their respect for their fans is at the heart of everything they do. As an established entertainment publisher in the U.S., NIS America is committed to continuous growth and improvement. NIS America is a subsidiary of Nippon IchiSoftware, Inc., a Japanese company famous for its unique line of strategy RPGs with titles such as Disgaea, Phantom Brave,and Makai Kingdom. In keeping with its mission, NIS America also publishes other popular Japanese games including the Danganronpaseries, Ys VIII: Lacrimosaof DANA, and Grand Kingdom.
Posted by Qwill at 5:50 AM