PORTLAND, OR, 02/23/2018 — Image Comics is very pleased to announce that the second issue of ICE CREAM MAN, from W. Maxwell Prince (ONE WEEK IN THE LIBRARY) and Martín Morazzo (SNOWFALL), has been fast-tracked for a second printing in order to keep up with overwhelming customer demand.

Each issue of ICE CREAM MAN serves up its own flavor of misery, and through them all runs the ribbon of fudge that is the Ice Cream Man: a friend, a foe, and a purveyor of sweet treats.

“You’ll want a scoop of this comic because we’re in for a treat.” —Geek.com

“My kind of weird.” —Comic Bastards

“There is a postmodern structure, but beneath there are classic Tales from the Crypt airs. ICE CREAM MAN is an ever-smiling, ghoulishly jolly thing.” —Doom Rocket

“This is a book that will stick with you for some time. At the bare minimum, it will have you thinking twice about buying ice cream from a stranger on the street.” —Horror Talk

“Taps into the center of the Venn Diagram of our collective nightmares. It’s also a seriously fun mash-up.” —Newsarama

“This series is an achievement in design and imagination, and it is incredibly good.” —The Oregonian 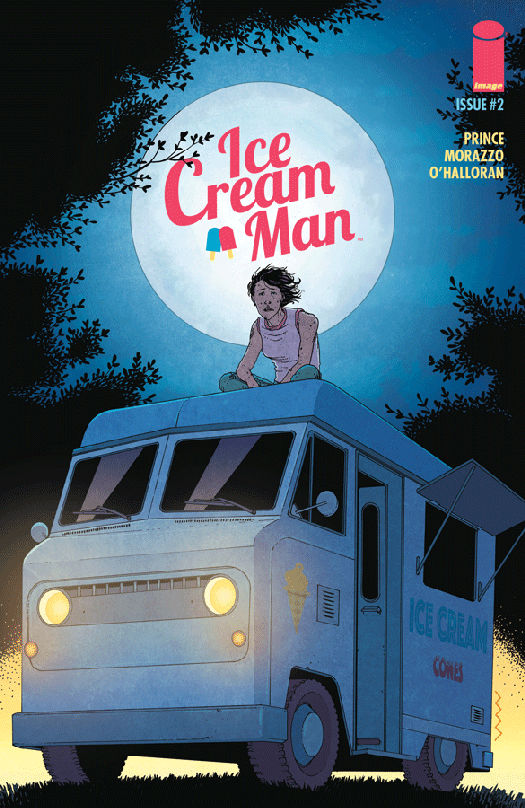 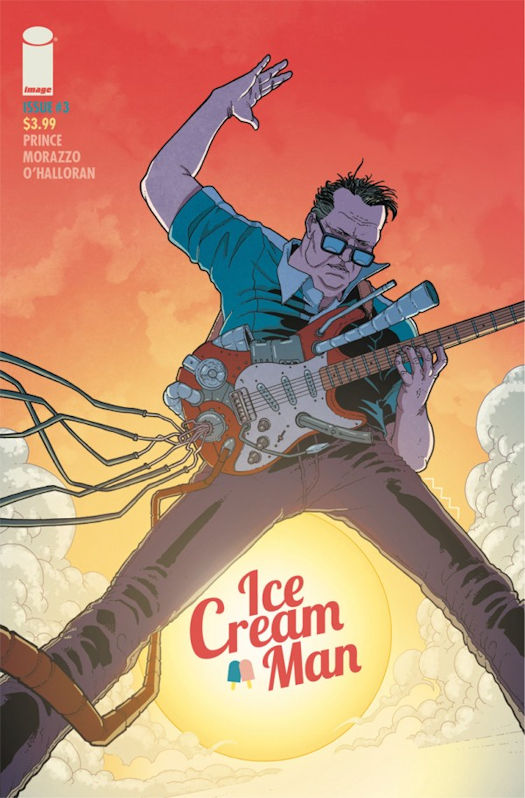 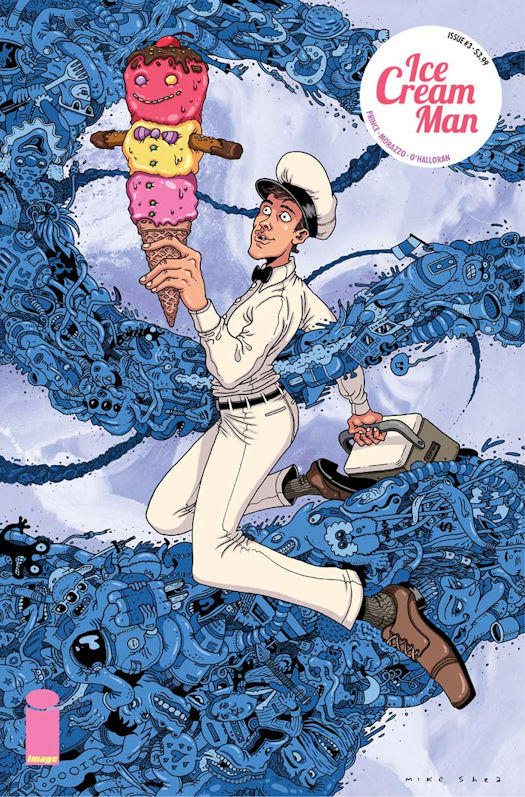 ABOUT IMAGE COMICS
Image Comics is a comic book and graphic novel publisher founded in 1992 by a collective of bestselling artists. Image has since gone on to become one of the largest comics publishers in the United States. Image currently has five partners: Robert Kirkman, Erik Larsen, Todd McFarlane, Marc Silvestri, and Jim Valentino. It consists of five major houses: Todd McFarlane Productions, Top Cow Productions, Shadowline Comics, Skybound Entertainment, and Image Central. Image publishes comics and graphic novels in nearly every genre, sub-genre, and style imaginable. It offers science fiction, fantasy, romance, horror, crime fiction, historical fiction, humor and more by the finest artists and writers working in the medium today. For more information, visit www.imagecomics.com.
Posted by Qwill at 7:47 AM