FLAVOR Coming in May

Within a strange walled city, chefs are the ultimate celebrity and food is the most valued commodity. But underage, unlicensed chef Xoo is about to uncover a mystery that just might bring everything crumbling down…

“FLAVOR is a book with a lot of ingredients; we're cooking up a comic unlike anything else I've collaborated on before,” said Keatinge. “I've long desired to work with each and every person on this creative team, and I could not be happier with the results.”

“This book is my dream book with a dream team,” said Clark. “I’m so excited to be a part, and so pumped to share!”

Prepare your palate for the high-stakes competition of The Hunger Games, steeped in the enticingly lush world-building of Hayao Miyazaki.

FLAVOR #1 (Diamond code: MAR180590) will be served up on Wednesday, May 16th. The final order cutoff deadline for comics retailers is Monday, April 23rd. 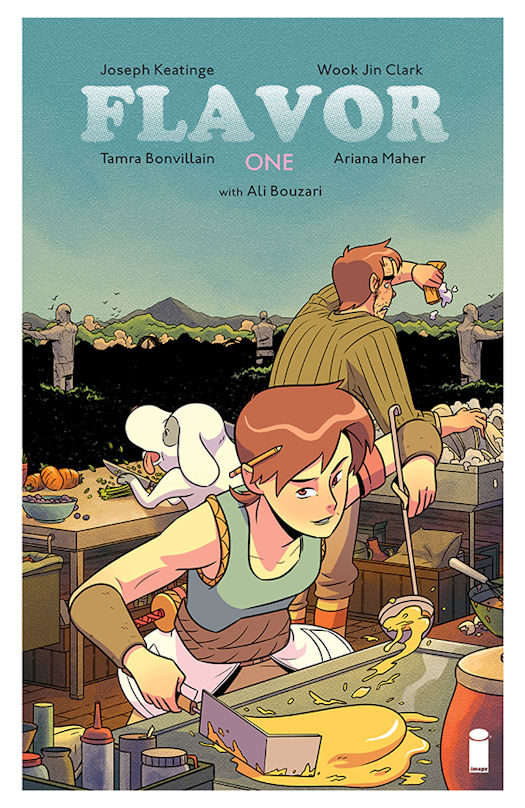