REDMOND, Wash., Feb. 16, 2018 – While the nation celebrates Random Acts of Kindness Day this weekend, Kirby, the charming hero known for his powerful Copy Abilities, is preparing a celebration of his own at this year’s Emerald City Comic Con in Seattle. Attendees of Emerald City Comic Con will not only be among the first to play the Kirby Star Allies game for the Nintendo Switch system and try out Kirby’s new Copy Abilities before the game launches on March 16, they will also have the chance to earn cool Kirby themed items for being nice to people around them – just like Kirby himself!

In Kirby’s new game, he uses a new ability to turn his enemies into friends to create a powerful team to save Planet Popstar. But despite his friendly appearance, Kirby brings some seriously powerful new moves and abilities to his new game that would even impress the most hardened video game players. In fact, Kirby’s moves in Kirby Star Allies are some of his most powerful and impressive yet.

And just like Kirby, attendees of Emerald City Comic Con will have the opportunity to unleash some powerful moves of their own – the power to make the world a better place through acts of kindness! Kirby would be so proud.

Select Nintendo representatives will be walking around Emerald City Comic Con March 1-4 to reward people for performing random acts of kindness for other people. If these mobile Nintendo teams catch a Comic Con attendee doing something nice, from holding the door for a stranger to picking up litter, that person will get the chance to earn fun Kirby themed items.

These same mobile teams will also be surprising people waiting in lines around the convention with the opportunity to play Kirby Star Allies for Nintendo Switch in Handheld Mode. The game will also be available to play at the Nintendo booth in TV Mode.

“Many of our classic characters are heroes in numerous ways, but Kirby epitomizes what it’s like to be powerful, but also kind,” said Cindy Gordon, Nintendo of America’s Vice President of Strategic Communications. “While we love bringing our games directly to fans at events like this, we wanted to do something a little different this time to show that teamwork and kindness are two of the most powerful forces around.”

Kirby Star Allies is one of the largest and most robust games in the Kirby series – and the first on Nintendo Switch! In the game, Kirby can recruit enemies by tossing out hearts to gather friends for a party of up to four characters. This newly formed party can be used to solve clever puzzles or unleash powerful friend abilities. In addition to familiar Copy Abilities like Sword, Fire, Ice, Stone, Bomb and more, Kirby will have access to new abilities like Spider, Artist and Staff. Some Copy abilities can even be imbued with different elements, such as wind, water, fire and electricity. Kirby uses this large collection of powerful moves and abilities to make his way through a wide variety of colorful and challenging worlds.

Up to four players can play together in local co-op, with one player controlling Kirby and, for the first time in the series, the other players taking control of the recruited enemies (additional accessories may be required in multiplayer mode). Players can still embark on the adventure solo, though, with team members automatically controlled by the game. 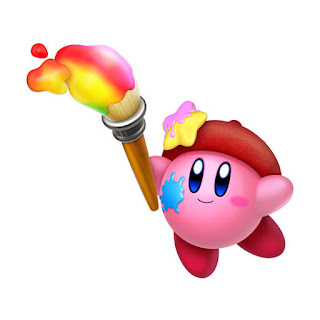 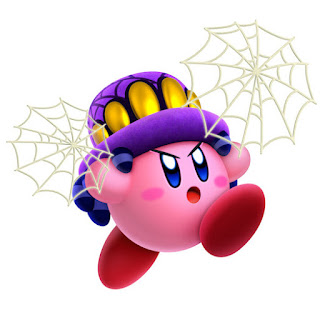 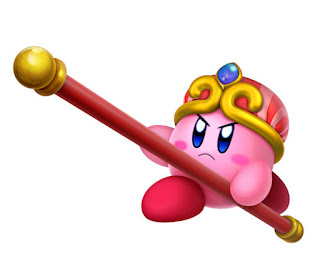 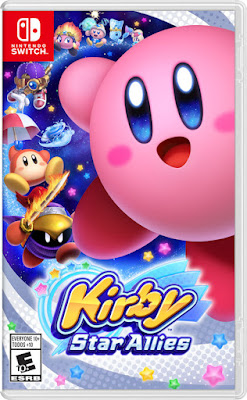