Fear not gentle reader, I am back with my Week in Review :)  I thought I would give you a short break from my WIR and share two of my SPFBO 2017 reviews. I hope you enjoyed them. Keep your eye on the blog for reviews from my fellow Qwillery reviewers on what they thought of the books they read for the competition.

I had a little pooch at NetGalley this week and was surprised by two books I had read last year but hadn't yet reviewed.  Lately books have been available months before their publish date and then I get all excited about reading them. This time I had convinced myself that I had actually posted a review here but after some checking it transpired I hadn't left you a review so check out what I read.

First up is The Queen of All Crows by Rod Duncan which is the first instalment of The Map of Unknown Things, published by Angry Robot on January 2nd. This series is set in the same world as Duncan's The Fall of the Gas-lit Empire series with Elizabeth Barnabus back in her role of spy but this time with the dreaded Patent Office. When airships start to disappear, along with someone close to Elizabeth, she decides to take action and goes undercover, again as a man. As the science officer on a whaler far out to sea Elizabeth is desperate to find out what has happened and more importantly, who is responsible. Elizabeth finds herself in the middle of a mystery and in more danger than anything the Patent Office could do to her. It will take every ounce of her ingenuity and bravery to discover what has happened and survive long enough to report back.

I loved Duncan's The Fall of the Gas-lit Empire series and thought that Elizabeth was a complex, gutsy heroine. Normally, I am a bit nervous when an author creates a new series for one their characters as it usually means they don't want to let go and new books usually aren't as good. I prefer a shorter, excellent series than a long mediocre, drawn out one. However, Duncan doesn't disappoint and this is an excellent start to what I feel is going to be a compelling series. At the beginning of the story I had pretty much guessed what was going to happen, but midway through every thing changed and I couldn't really guess what was going to become of Elizabeth. This is a difficult book to review because I don't want to give anything away. I want you to discover what happens to Elizabeth on your own because it is such a tasty tale. I have read too many reviews that spell everything out and basically rewrite the book so I don't want to do that here. What I can say is that Duncan fleshes out Elizabeth even more and the new landscape in which this story is set is rich and bleak in equal measure. If I had to sum up this story I would describe it as a story of the power of friendship. Cruel, beautiful, warm, and chillingly lonely. It's all these things and a great mystery as well. If you haven't read the original series don't miss out and then join Elizabeth in The Queen of All Crows.

The second book I would like to tell you about is The Girl in the Tower by Katherine Arden. This is the second in her Winternight Trilogy and follows not long after the events of book 1 - The Bear and the Nightingale. Vasya is on the run. She has been cast out of her village following the death of her father and she faces either being married off  - to become a girl in a tower - or joining a convent. Neither option appeals to her so when the opportunity presents itself she disguises herself as a boy and joins the Grand Prince of Moscow's retinue. When a mysterious and possibly magical force threatens the kingdom Vasya risks everything, including her freedom, to save the Prince, her family and her kingdom.

I can't believe that it is less than a year from the time that Arden released her debut The Bear and the Nightingale (check out my review here). Book 2 does not disappoint. In fact Arden has built upon the strengths of these characters and takes this from a mere fairy tale into some more like folklore. While this is fiction Arden has created characters who are credible, who make you believe they were actually alive, centuries ago. I have to admit I did spend a lot of the story thinking to myself  'poor Vasya' as things seem to go from bad to worse for our teenage heroine. She is forced to grow up quickly but at the same time stays innocent from how cruel the world can really be.

Again, this is another book that I could recount half the plot for you in this review but why would I ruin the journey that you need to take? Join Vasya on her journey of self discovery. Well done Arden, another great book. I can hardly wait for the final in this trilogy, The Winter of the Witch.


That is it for me this week. Apologies for not getting these reviews to you sooner. Better late than never! Until next time Happy Reading.


The Queen of All Crows
The Map of Unknown Things 1
Angry Robot Books, January 2, 2018
Trade Paperback and eBook, 352 pages 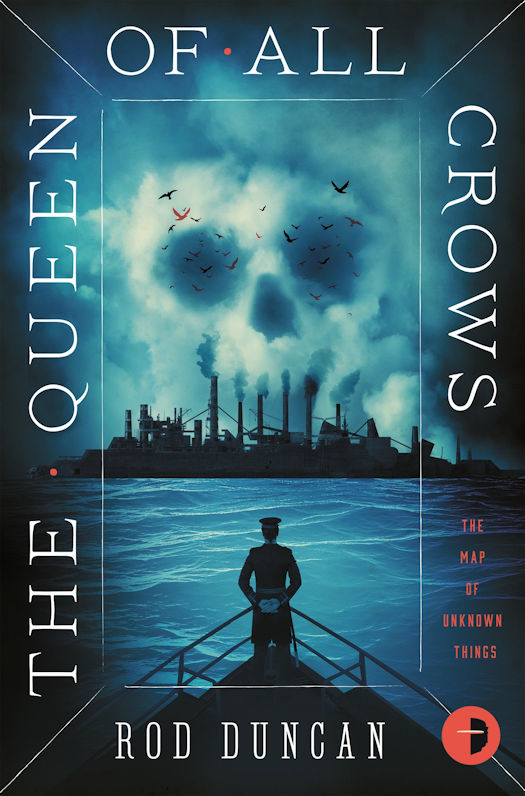 Only one woman can stop the world from descending into endless war, in the thrilling new series in the world of the Gas-Lit Empire
The year is 2012 but it might as well be the Victorian age. The nations of the world are overseen by the International Patent Office, and its ruthless stranglehold on technology.

When airships start disappearing in the middle of the Atlantic, the Patent Office is desperate to discover what has happened. Forbidden to operate beyond the territorial waters of member nations, they send spies to investigate in secret.

One of those spies is Elizabeth Barnabus. She must overcome her dislike of the machinations of her employers, disguise herself as a man, and take to the sea in search of the floating nation of pirates who threaten the world order.

File Under: Fantasy [ A Lost Airship | On the Sargasso | Stowaway Bay | The Crow Queen ] 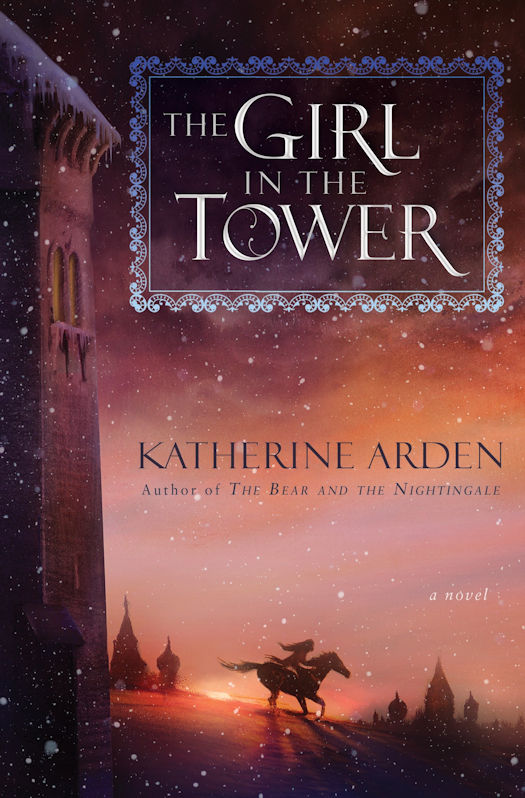 A remarkable young woman blazes her own trail, from the backwoods of Russia to the court of Moscow, in the exhilarating sequel to Katherine Arden’s bestselling debut novel, The Bear and the Nightingale.

Katherine Arden’s enchanting first novel introduced readers to an irresistible heroine. Vasilisa has grown up at the edge of a Russian wilderness, where snowdrifts reach the eaves of her family’s wooden house and there is truth in the fairy tales told around the fire. Vasilisa’s gift for seeing what others do not won her the attention of Morozko—Frost, the winter demon from the stories—and together they saved her people from destruction. But Frost’s aid comes at a cost, and her people have condemned her as a witch.

Now Vasilisa faces an impossible choice. Driven from her home by frightened villagers, the only options left for her are marriage or the convent. She cannot bring herself to accept either fate and instead chooses adventure, dressing herself as a boy and setting off astride her magnificent stallion Solovey.

But after Vasilisa prevails in a skirmish with bandits, everything changes. The Grand Prince of Moscow anoints her a hero for her exploits, and she is reunited with her beloved sister and brother, who are now part of the Grand Prince’s inner circle. She dares not reveal to the court that she is a girl, for if her deception were discovered it would have terrible consequences for herself and her family. Before she can untangle herself from Moscow’s intrigues—and as Frost provides counsel that may or may not be trustworthy—she will also confront an even graver threat lying in wait for all of Moscow itself.