PORTLAND, OR, 02/16/2018 — The highly anticipated new story arc of Mark Millar and John Romita Jr.’s KICK-ASS #1 is being rushed back to print in order to keep up with the overwhelming demand. Image Comics is pleased to reveal that KICK-ASS #2 and #3 will feature variant covers with art by Francesco Francavilla and Daniel Warren Johnson respectively.

KICK-ASS is back—ready to wipe out the city's criminal lowlives, destroy its gangs, and save its communities from decay. But there's a new face beneath the old mask, a new figure wearing that famous green and yellow spandex. Who is this new vigilante superhero? Who can fill Dave Lizewski's shoes? Find out in KICK-ASS #1 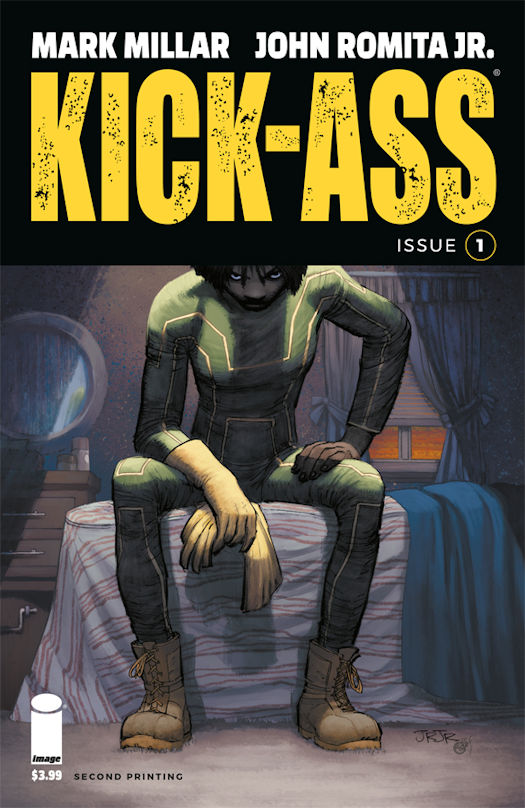 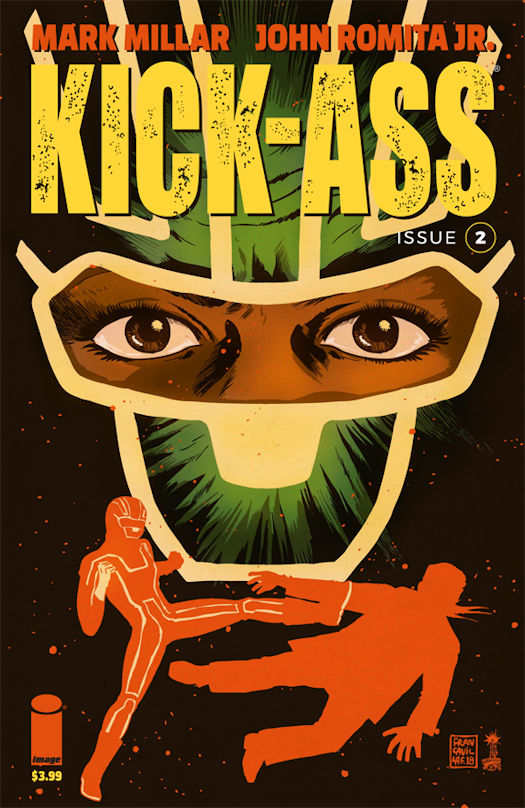 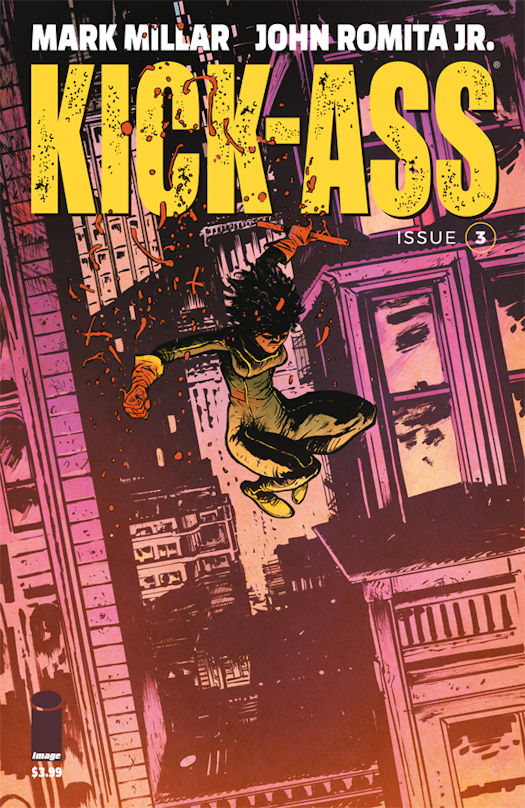 ABOUT IMAGE COMICS
Image Comics is a comic book and graphic novel publisher founded in 1992 by a collective of bestselling artists. Image has since gone on to become one of the largest comics publishers in the United States. Image currently has five partners: Robert Kirkman, Erik Larsen, Todd McFarlane, Marc Silvestri, and Jim Valentino. It consists of five major houses: Todd McFarlane Productions, Top Cow Productions, Shadowline Comics, Skybound Entertainment, and Image Central. Image publishes comics and graphic novels in nearly every genre, sub-genre, and style imaginable. It offers science fiction, fantasy, romance, horror, crime fiction, historical fiction, humor and more by the finest artists and writers working in the medium today. For more information, visit www.imagecomics.com.
Posted by Qwill at 7:23 AM