Interview with Kaethe Schwehn, author of The Rending and the Nest


Please welcome Kaethe Schwehn to The Qwillery as part of the 2018 Debut Author Challenge Interviews. The Rending and the Nest was published on February 20th by Bloomsbury USA. 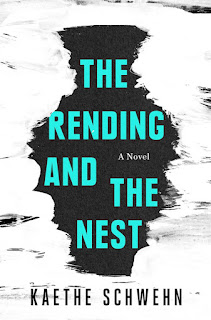 Kaethe:  Thanks so much for having me! I wrote a series of stories in high school that resulted in my English teacher pulling me aside to make sure I was O.K. The first was about suicide, the second was about abortion, and the third was an historical piece about a girl whose mom is about to be burned as a witch. I remember being mildly offended that the teacher expressed concern (didn’t she know it was fiction and it had nothing to do with me???) although now I genuinely understand her sense of trepidation.

Kaethe:  Pantser all the way! I’ve tried to plot because it seems like plotting would make life so much easier but I’m hopeless at it and once I have a plot I don’t feel nearly as motivated to write because I’ve lost the excitement of finding out what happens next.

Kaethe:  Self doubt. Especially with writing a novel. I think every published writer has a failed novel (or more likely multiple failed novels) and although we can all wax poetic about everything those novels taught us no one ever keeps working on a novel that she knows is going to fail. (Or maybe there’s a special kind of masochist that does, but I haven’t met her yet.) So writing a novel requires a great deal of faith, especially early in the process when the work is an oddly-formed thing for which you feel a great deal of strange but tentative affection. It’s kind of like having to be certain EVERY DAY that your newborn is going to become an astronaut.

Kaethe:  Everything I’ve experienced in my lifetime, I suppose. A few things: motherhood, living in a remote community, Christianity, sexual encounters, Joni Mitchell, climate change, working in an orphanage in Ecuador, Minnesota winters, Dali, and that amazing scalp massage you receive when you get your hair cut.

TQ:  Describe The Rending and the Nest in 140 characters or less.

Kaethe:  Young woman finds identity, falls in love, tries to rescue best friend. Did I mention there’s been an apocalypse and women are giving birth to objects? That’s important, too.

TQ:  Tell us something about The Rending and the Nest that is not found in the book description.

Kaethe:  It’s set in Minnesota and features places like the Mall of America and the Minnesota Zoo.

TQ:  What inspired you to write The Rending and the Nest? What appeals to you about writing Post-Apocalyptic SF?

Kaethe:  Although I love reading contemporary, “real-life” novels I have zero interest in writing one. While a finished post-apocalyptic/SF novel certainly has to contain certain “rules” that govern the created world, generating a first draft is so delicious and wild and fun because literally ANYTHING GOES. Anything. Richard Simmons can captain a cement mixer spewing doll parts! A jazzercise class can turn into an exorcism! Houses can siphon all of our happy memories into their duct systems while we sleep! These possibilities fill me with joy.

TQ:  What sort of research did you do for The Rending and the Nest?

Kaethe:  My research was pretty sporadic (I say this as someone whose current project involves a ridiculous amount of research). I needed lots of little bits of information about subjects like hunting with snares, whittling, gasoline longevity, and firearms. I drove the roads the characters walk and took lots of pictures. I asked a sculptor friend questions about how she might make certain kinds of structures.

TQ:  Please tell us about the cover for The Rending and the Nest?

Kaethe:  It does depict something about the novel but explaining it would be a spoiler! What I love most about the cover is that I’ve had a few readers not recognize the connection while for others the connection is immediately obvious. So I love that the image functions as a Rorschach Test of sorts. The idea of what we reveal and what we are ready to see is central to the book and the cover reflects that—so the artists at Bloomsbury are kind of geniuses.

TQ:  In The Rending and the Nest who was the easiest character to write and why? The hardest and why?

Kaethe:  Mira (the protagonist) was both the easiest and hardest. I think most authors would say that there’s some aspect of themselves in every character; this was especially true for me with Mira so I had to be really careful to make sure her choices were authentically hers and that I wasn’t peer pressuring her.

Kaethe:  I did not consciously choose to include social issues but upon finishing the book I realized that they’re certainly present, though not as overtly as in The Handmaid’s Tale or Children of Men or When She Woke. Central to the book are a couple questions: who has control over women’s bodies and what they “produce” and who has control over the stories we tell about our bodies and ourselves? Two dear friends of mine both went through a series of miscarriages and stillbirths during the time I was writing the book and I also realized, upon finishing it, that the anguish the women feel in the book (about a very surreal phenomenon) is connected to the anguish women often currently feel over the loss of lives they have no real way to openly grieve or remember.

TQ:  Which question about The Rending and the Nest do you wish someone would ask? Ask it and answer it!

Question: What was the most significant writing feedback you received while working on the novel?

Answer: Probably that one time when my agent mentioned I needed to add more to the ending and when I asked how much more she said “about twenty thousand words.” So I went ahead and added the entire last fourth of the book and I’m so glad I did.

TQ:  Give us one or two of your favorite non-spoilery quotes from The Rending and the Nest.

“And I want to say that, faced with the loss of my friend, or the loss of the way our friendship had been, I grieved by spending more time on the Piles or composing sonnets from the list of objects at the back of my notebook, by helping in the orchard or practicing yoga breaths. But I didn’t. I went to Rodney instead.”

Kaethe:  I’m working on a novel that begins in 4 BCE. A pregnant woman who is training to become a doctor and a couple fleeing political and religious persecution have an encounter in a Jewish community outside of Alexandria, Egypt that changes their lives—and maybe the history of the world—forever.


The Rending and the Nest
Bloomsbury USA, February 20, 2018
Hardcover and eBook, 304 pages 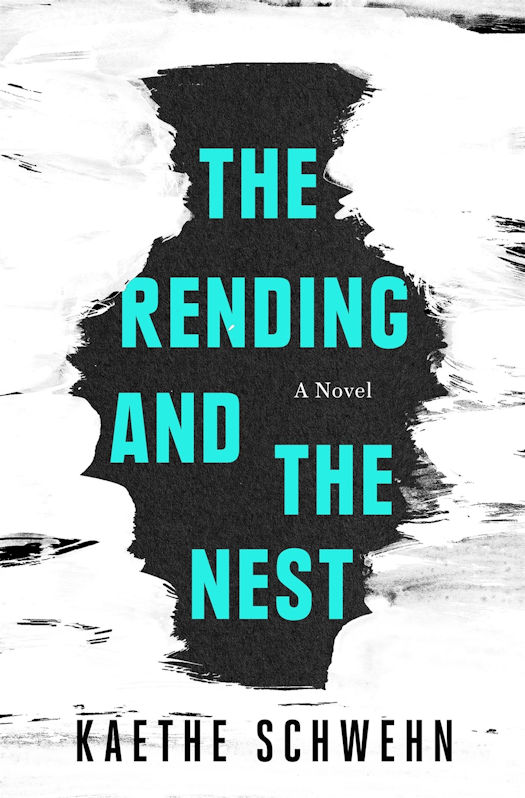 A chilling yet redemptive post-apocalyptic debut that examines community, motherhood, faith, and the importance of telling one's own story.

When 95 percent of the earth's population disappears for no apparent reason, Mira does what she can to create some semblance of a life: She cobbles together a haphazard community named Zion, scavenges the Piles for supplies they might need, and avoids loving anyone she can't afford to lose. She has everything under control. Almost.

Four years after the Rending, Mira's best friend, Lana, announces her pregnancy, the first since everything changed and a new source of hope for Mira. But when Lana gives birth to an inanimate object--and other women of Zion follow suit--the thin veil of normalcy Mira has thrown over her new life begins to fray. As the Zionites wrestle with the presence of these Babies, a confident outsider named Michael appears, proselytizing about the world beyond Zion. He lures Lana away and when she doesn't return, Mira must decide how much she's willing to let go in order to save her friend, her home, and her own fraught pregnancy.

Like California by Edan Lepucki and Station Eleven by Emily St. John Mandel, The Rending and the Nest uses a fantastical, post-apocalyptic landscape to ask decidedly human questions: How well do we know the people we love? What sustains us in the midst of suffering? How do we forgive the brokenness we find within others--and within ourselves?

Kaethe Schwehn’s first book, Tailings: A Memoir, won the 2015 Minnesota Book Award for Creative Nonfiction, and her chapbook of poems, Tanka & Me, was selected for the Mineral Point Chapbook Series. In addition to holding M.F.A.s from the Iowa Writers’ Workshop and the University of Montana, Kaethe has been the recipient of an Academy of American Poets prize, a Minnesota Arts Board grant, and a Loft Mentor Series award. She teaches at St. Olaf College and lives in Northfield, Minnesota.