Please welcome Robin Shortt to The Qwillery as part of the 2017 Debut Author Challenge Interviews. Wellside was published on June 1st by Candlemark & Gleam. 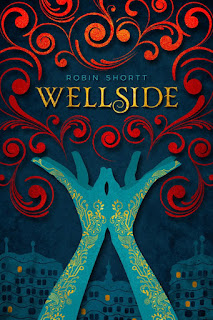 Robin:  I've told myself stories as long as I can remember. That feeling when a bunch of assorted ideas snap into place, and you know it's solid, it'll hold up (even if only you think so)—there's nothing on Earth like it.

It's only in the last half-dozen years that I've made a serious effort to get published. For that I have to thank the Canberra Speculative Fiction Guild, the best writer's group ever (congratulations on the Aurealis awards guys!)

Robin:  Plotter, all the way. Plotting a novel is hands-down the best part of the whole process—just making stuff up and laying it down, building a plot out of it, without worrying about how good your prose is or whatever.

Then when you /do/ start writing prose, and it's going terribly, you can tell yourself you've got a kickass scene just around the corner and that gets you through it.

Robin:  The first draft, where the shining perfect ideas in my head get filtered through my (lack of) talent for prose and dialogue. It's easy to write 'HEARTRENDING DECLARATION OF LOVE GOES HERE' when you're working out the plot, but then you have to try to write something that'll rend hearts...it's just hellish, because I'm making the story worse. Editing is more fun, because it's making the story better again (but never ever as good as it was in my head to start with).

Robin:  Writers with the ability to just throw out insane ideas non-stop, and make it seem effortless. Jack Kirby, Michael Moorcock, H.P. Lovecraft, Harlan Ellison, Zack Parsons. Also visual artists with the same gift—Yukito Kishiro is the big one here, his manga /Gunnm/ (/Battle Angel Alita/ in English) is pretty much perfect and it's a crime he isn't better known (the upcoming American movie might change that if they don't screw it up (pleasepleasepleasedon'tscrewitup)). The character Winter in WELLSIDE is pretty much my love-letter to Kishiro. Currently I'm a huge fan of the webcomic KILL SIX BILLION DEMONS by Tom Parkinson-Morgan, although I started reading it after WELLSIDE was done.

In terms of prose style, I can't really point to an influence. I'm a huge fan of William Gibson for his crystal-clear prose and sardonic humour, but I'm not making an effort to sound like him or anything.

Robin:  A teenage nerd discovers the Well, an infinite pit lined with doors to countless realities. And they're all doomed, unless he can save them.

TQ:  Tell us something about Wellside that is not found in the book description.

Robin:  The Wellside town of Deadbeat, run by a clockpunk society called the Cogs, is a play on words; a 'deadbeat' is a type of escapement used in clockwork. I was so stoked to find that out!

TQ:  What inspired you to write Wellside? What appeals to you about writing what your publisher has called "subgenre fusion"? And which subgenres are included in Wellside?

Robin:  I'd had a lot of cool ideas for characters and settings that didn't feel like they'd support a story on their own, so I threw them all into one book, with the device of the Well allowing them to interact. Basically anything with a -punk on the end was fair game: clock-, coal-, bio-, stone-, nano-...

I suppose it's less of a fusion than a head-on collision, with each world appropriating bits and pieces of each other's cultures and technologies in a chaotic, semi-random way. It appealed to me because I like to make a mess!

TQ:  What sort of research did you do for Wellside?

Robin:  None, haha! It's pure fantasy, that was what was great about it. I was writing a historical fantasy at the same time which needed a ton of research, and with Wellside I could escape into a story where I could say whatever I wanted about Cogs architecture or the various factions in Red Sand City and know that no one was going to call me on it.

Robin:  Jenny Zemanek of Seedlings Online Studio did the cover, and she knocked it out of the park. The hands on there belong to Essa, one of the main characters, and the patterns on her skin are one reason why Jenny's so great. I wrote that they were like a cross between printed circuitry and mehndi body art. I didn't even think about what that would look like because, hey, I'm not a designer. Jenny had to take that description and figure out a design that fitted and also looked awesome, and she killed it. She even coloured the cover so Essa's skin tone (which I never specified in the book) was still up to the reader to imagine. I couldn't be happier with it.

TQ:  In Wellside who was the easiest character to write and why? The hardest and why?

Robin:  Lud, the clockwork horseshoe crab, was easiest, because it's a cynical little jerk that snarks about everything, which is always fun to write.

The hardest was Essa, one of the main characters, because in addition to all the usual difficulties with writing a character of a different background to your own, there were technical issues as well—the first part of the book includes flashbacks to Essa's past, and I had to juggle how much I was revealing in each flashback so the exposition didn't outpace the plot.

Robin:  I don't think you /can/ choose not to include social issues in a book. Even if you try, they'll still be there, and often all the more noticeable because you're talking around them. I have ideas about the kind of society I'd like to see (as does everyone) and my favourite people and places in the book reflect those ideas. So in the Library, for instance, heteronormativity just isn't a thing. But there are also sympathetic characters with regressive ideas, and vice-versa, because it's not propaganda.

TQ:  Which question about Wellside do you wish someone would ask? Ask it and answer it!

Robin:  Not a question as such, but I couldn't resist including a few nods to some favourite artists & their work, and I hope everyone sees them because I love seeing that stuff in other books!

TQ:  Give us one or two of your favorite non-spoilery quotes from Wellside.

The man is tall but the Governess beside him is a head and a half taller. Her skin, stretched tight on her elongated skull, gleams a pearlescent white. Her high-collared dress doesn’t hide how inhumanly spindly she is, and he wonders if she can even stand without her long steel cane. The dress, like her tightly braided hair, is a brilliant red, and even somewhat dulled from the rain, it’s still the most vivid thing in the courtyard; he could almost hold his hands up to her for warmth. She doesn’t breathe through her bud-like lips but through the double row of holes marching up her long white throat. The sound puts the man in mind of an ocean, waves rising and falling.

“I wanted to say to them—have you ever seen a city, a million people in it, wading across the ocean on legs five miles long? Or a city made of sand castles that change every night, where you can go to sleep in a hovel and wake up in a palace, or the other way around, and you never know which? I’ve seen the flesh-forests in the Vats. I’ve seen the sun hit the Nine-Heaven Ossuaries as it came over the Granite Curtain. And I’m getting picked on? By you? I am a Librarian of Red Sand City”—she drew herself up on the stool, overenunciating words she’d clearly run through by herself a few times, or a few dozen—“two-one in the Climb and wired for the Mandala—but oh, wait, you have a boyfriend with a beach house? You got hammered on Bailey’s and fingerbanged in a toilet by some nonentity whose daddy bought him a Subaru? Well, you win, your Majesty, allow me to peel you a grape.”

Robin:  I've written a historical fantasy with a strong wuxia influence, set in pre-Mongol Central Asia, that I'd like to get out there. I just love a setting where Crusader knights could have rubbed shoulders with Nizari Assassins and Song Dynasty martial arts masters—we'll see if anyone else does!

Robin:  Thanks for having me! 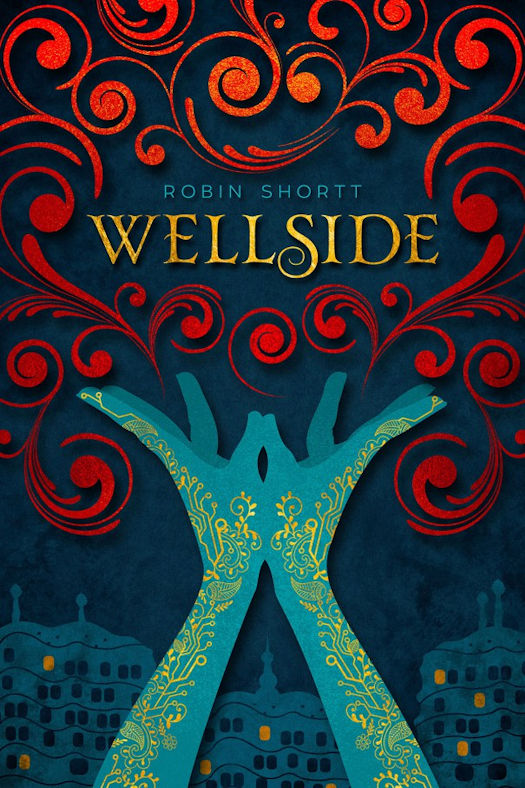 Ben is stuck in a backwater town, his parents have broken up, and he's facing jail time for some very poor choices.

Essa is stuck in a backwater world, trapped by a vengeful ex-lover and cut off from the Well, the infinite pit lined with doors to countless realities.

Then Essa finds a way back, and drags Ben along with her. They learn an ancient threat to the Well is rising. On the run, their only allies a clockwork spider and a girl made of iron, they'll have to work together to save all the worlds.

Robin was born in Canberra and lives in Vancouver. His stories have previously appeared in Andromeda Spaceways Inflight Magazine and the Canberra Speculative Fiction Guild anthology Winds of Change.