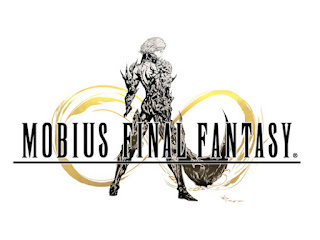 Players who log in during the event, which runs through June 22, can obtain three unique FINAL FANTASY XIV cards: Bahamut, Odin, and Garuda through the limited-time special event Summon. In multiplayer mode, there will be an opportunity to fight the destructive anti-Primal, the Ultima Weapon—a powerful new boss that will drop special components when defeated, which can be exchanged for Skillseeds, summon tickets, and other valuable items.
Additionally, MOBIUS FINAL FANTASY will offer a “Welcome Back Campaign,” from which a variety of rewards will be given to new, returning, and current players. New and returning players—those logging in for the first time in 30 or more days—will be given a Mobius Gift Box containing summon tickets and other helpful items. Current players who log in will receive 20x Ability Tickets in place of the gift box.

All players will also receive one free Greater Summon as part of the Welcome Back Campaign. As the number of returning and new players who log into the game during the campaign period (June 9 – June 22) increases, additional bonuses will be added to the free Greater Summon, including guaranteed 5★ and job cards. Please visit the official MOBIUS FINAL FANTASY website additional information on the “Welcome Back” campaign and prizes: http://sqex.to/2Yb

MOBIUS FINAL FANTASY is now available as a free download on the App Store, Google Play and in full HD on Steam®.