Interview with Callie Bates, author of The Waking Land


Please welcome Callie Bates to The Qwillery as part of the of the 2017 Debut Author Challenge Interviews. The Waking Land was published on June 27th by Del Rey. 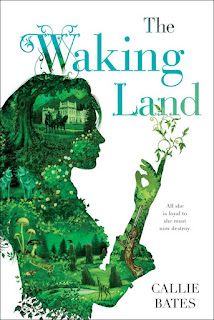 Callie:  Thanks so much for having me! I started writing when I was about 10 or 11. I was a voracious reader—and also a voracious dress-up-player—and I realized that I could write down the stories I was always inventing in dress-up. Both my parents are writers, and sitting down to concoct a book myself didn’t seem outside the realm of possibility.

Callie:  I’ve evolved into a hybrid. I used to firmly be a pantser, but I discovered I need some plan to get to the end of a book (or, in fact, the middle). So now I outline enough to know where I’m going, but not so much that I lose the thrill of discovery.

Callie:  I think stamina challenges me the most—to state the obvious, writing a novel takes a long time, and much of it is done in isolation. There are first drafts, rewrites, revisions, edits. Writing a novel isn’t really like running a marathon—it’s like several marathons, a couple of sprints, and some periods sitting in the grass wondering where exactly you’re trying to get to.

Callie:  Many wonderful books have inspired me over the years, from reading Robin McKinley, Tamora Pierce, and Diana Wynne Jones as a kid, to discovering Dorothy Dunnett and Homer in my teens, to all the incredible books being published now by Naomi Novik, Leigh Bardugo, and so many more. My list could be so much longer! I’m also strongly influenced by place and history—I’m intrigued by finding a real place or historical person or event, and twisting them into fiction.

TQ:  Describe The Waking Land in 140 characters or less.

Callie:  When she’s framed for poisoning the king, a young woman’s repressed nature magic drags her into her despised, estranged father’s political machinations.

TQ:   Tell us something about The Waking Land that is not found in the book description.

Callie:  Elanna, the main character, is taken hostage as a child for her father’s failed revolution, and raised like a daughter by the king. I was interested in exploring the tension of someone who grows up within a sheltered world, yet apart from it by dint of her birth—and who also struggles with Stockholm Syndrome.

TQ:  What inspired you to write The Waking Land? What appeals to you about writing Fantasy?

Callie:  I wanted to explore the symbiotic relationship between humans and the natural world through Elanna’s magic—something that can’t really be done outside the fantasy genre! I also wanted to take her on a journey of identity, where she truly transforms her understanding of herself and her world. Though of course I also wanted to write about poisonous fungi, daring escapes and romance!

TQ:  What sort of research did you do for The Waking Land?

Callie:  I did some research into the history of Scotland and Ireland, particularly the Jacobite rebellion of 1745—which is probably obvious to anyone who knows much about Bonnie Prince Charlie! The stone circles are inspired by a trip I took to Ireland in 2012, though my love affair with Neolithic monuments dates back much earlier. Specific details of 18th century life also had to be researched, to give the book the right flavor. And, since the main character is a botanist, I had to study up on my plants!

TQ:  Please tell us about the cover for The Waking Land?

Callie:  The U.S. cover was designed by Kathleen Lynch and illustrated by Ben Perini, and I absolutely love it. I am in awe of their attention to detail—each small feature on the cover ties directly into the book, from the accurate amanita virosa mushrooms to the stone circle, the pistol to the raven, the stately home to the horse riders… It’s pretty much an author’s dream!

TQ:  In The Waking Land who was the easiest character to write and why? The hardest and why?

Callie:  Hmm… Alistar has to be the easiest! He literally bounded onto the page, completely unexpected, and wrote himself into the story. The Butcher was, hands down, the hardest; I was still tinkering with his arc in late edits. Though I can’t explain why without spoilers!

Callie:  To me, though I think The Waking Land addresses various social issues, climate change sits at the core of the book. This isn’t a novel about climate change, but in the era of global warming, I think reflecting on the power of the earth—and our connection to it—is essential. If Elanna’s story inspires people to do that, I’ll be very happy!

TQ:  Which question about The Waking Land do you wish someone would ask? Ask it and answer it!

Callie:  Why did you make Elanna a botanist?

There’s an obvious parallel between El’s interest in botany and her magic. But I also wanted to depict a woman with a scientific bent. And I wanted to show that, like many 19-year-olds, she has hopes and dreams that are already in place, and that matter to her very much. She doesn’t take kindly to having her future plans shattered—which I imagine most of us wouldn’t, either!

TQ:  Give us one or two of your favorite non-spoilery quotes from The Waking Land.

Callie:  From the prologue: “I was made to walk across the streets to the palace, a barefoot girl in a soiled nightdress, the cold cobblestones burning my feet.”

And this poem: “Wildegarde came, bearing a flame in her heart and her hair crowned with the pale light of stars. Where she placed her foot, the earth trembled; when she raised her hand, mountains moved.”

Callie:  The sequel! The Memory of Fire picks up where The Waking Land leaves off—but this time, the story is Jahan’s. All his secrets will be revealed!

Callie:  Thanks for having me! 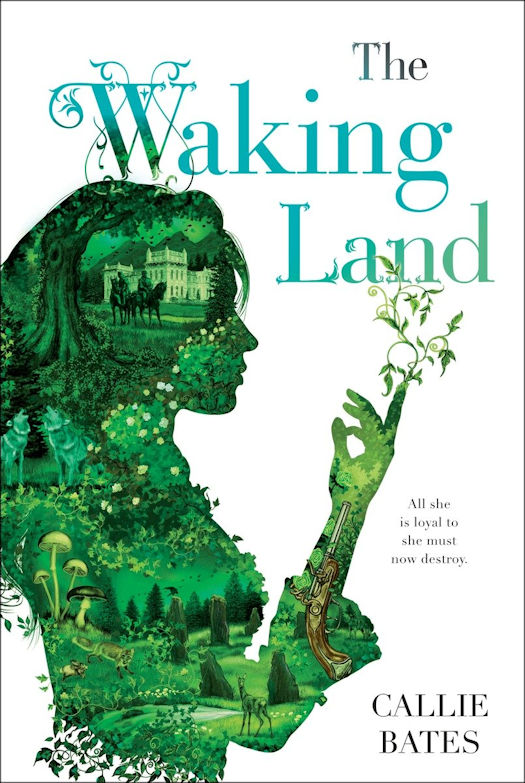 Callie Bates is a writer, harpist and certified harp therapist, sometime artist, and nature nerd. When she’s not creating, she’s hitting the trails or streets and exploring new places. She lives in the Upper Midwest. The Waking Land is her debut fantasy novel.