Interview with Nicky Drayden, Author of The Prey of Gods


Please welcome Nicky Draydon to The Qwillery as part of the of the 2017 Debut Author Challenge Interviews. The Prey of Gods was published on June 13th by Harper Voyager. 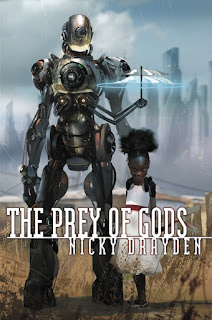 Nicky:  I started writing in 2005. In November of the previous year, the local news did a segment on National Novel Writing Month, and it sounded fun. The event was nearly over by the time I heard about it though, so I just planned on doing it the next November. Turns out I couldn’t wait that long, and ended up doing my own novel writing month in April. I completed my first book in 25 days. It’s buried deep in a trunk somewhere, but I’m still proud of it. I’ve been writing ever since.

Nicky:  I started off as a total pantser, but I’ve become more of a hybrid these days. My outlines are short maybe a page long, and I like to keep the ending vague. If I know how the story ends, I have no motivation to find out what happens.

Nicky:  The Middles. Beginnings of stories flow out of me, and I love the challenge of weaving together the plot strings at the end, but the middles are murky, deep, and tough to navigate without a map.

TQ:  The Prey of Gods is your first novel. What are, for you, the major differences in writing short stories versus a novel?

Nicky:  I’m great with flash fiction, since the plotting is so tight and targeted, though I probably rely too much on puns and twists. I love working with novels, since they’re so forgiving. You can meander until you strike the plot or the plot strikes you. But man, those stories between flash and novel length are rough. There’s no room to wander, and you can’t prop them up solely with humor and expect them to stand.

Nicky:  I have a lot of weird dreams that become story ideas. If I’m not actively working on a project, my dreams tend to get REALLY weird. I’ve also been able to lucid dream and have plotted an entire short story while asleep. Then all I did was wake up and type it out in the morning.

TQ:  Describe The Prey of Gods in 140 characters or less.

Nicky:  The Prey of Gods takes you on a raucous romp through a futuristic South Africa brimming with demigods, robots, and hallucinogenic hijinks.

TQ:  Tell us something about The Prey of Gods that is not found in the book description.

Nicky:  It also has walking, talking trees. No one ever mentions the trees.

TQ:  What inspired you to write The Prey of Gods? What appeals to you about writing a novel that your publisher states "... braids elements of science fiction, fantasy, horror, and dark humor"?

Nicky:  The initial concept came to me after reading Ian McDonald’s River of Gods, which is set in a futuristic India. I’d been to Port Elizabeth, South Africa back when I was in college, and I thought it’d be interesting to imagine how the experiences I had there could translate into a work of speculative fiction. One of my recurring themes is God vs. Science and Technology, and how they can coexist (or sometimes not) and having a darkly humorous outlook on tough content sometimes makes it easier for readers to digest.

TQ:  What sort of research did you do for The Prey of Gods? Why did you pick South Africa as the setting for the novel?

Nicky:  For research, I read articles and novels by South African authors, and – this one’s a bit odd – I dug into the comment sections of a few South African online magazines. People tend not to filter themselves in the comments section, so you can get an interesting glimpse of the issues people are dealing with. I also enlisted a few South African beta readers, and they helped to hone the story, filling in the gaps in my experience with rich texture and delectable details for readers to savor.

Many of the highlights from my visit there are featured in the book, for example, we toured some of the rural townships where people live in tin shanties, met teenagers who had recently gone through the circumcision rite, and visited a couple wildlife preserves. And it seemed like everywhere we went, there were these little cute antelopes called dik-diks rummaging around the city, kind of in a similar way some places have deer overpopulation problems, so those things all got worked into the book.

TQ:  Please tell us about the cover of The Prey of Gods.

Nicky:  Brenoch Adams is the artist, and he does some amazing work. The little girl on the cover is Nomvula, and her name means “Mother of Rain” in Zulu. I first came upon the original image while putting together a Pinterest page of cover ideas for my editor. Brenoch was open to making some modifications so the image better fit the book. (If you’re interested, the original is #28 in this slide show.) I probably gave Brenoch way too many source materials and character sketches (I have some obsessive tendencies when it comes to these things), but he hit every detail, and surpassed my expectations.

TQ:  In The Prey of Gods who was the easiest character to write and why? The hardest and why?

Nicky:  Muzi was the easiest, because even though we have very little in common, I think we share a heart. I poured a lot of me into him. His mind is all over the place, like mine, and sometimes he doesn't make the best decisions, but he'll be there when you need him.

Stoker was the hardest. I’ve had a soft spot for their story from the beginning, but the way I told it left the arc feeling truncated and underdeveloped. I knew something was wrong, so I hired a sensitivity reader (who has also written an awesome humorous dark fantasy about fallen gods, if that’s your thing.) She worked her phenomenal plot magic, pointing out weak and problematic points, and posed questions that required me to do a lot of soul searching.

Nicky:  I use social issues to examine my own biases. When staring at them on the page for months at a time, they’re impossible to ignore. I start questioning my assumptions, and then dig deeper to why I hold them in the first place.

TQ:  Which question about The Prey of Gods do you wish someone would ask? Ask it and answer it!

Nicky:  There are song lyrics in the novel. Did you write them?

Yes! Writing lyrics opened up a new kind of creativity for me. I love music, but really, I have no ear for composition. Basically, all notes sound the same to me.

TQ:  Give us one or two of your favorite non-spoilery quotes from The Prey of Gods.


Sydney closes her eyes and sighs to herself. She’ll have to be more careful. If Zinhle thinks she’s a witch, it’s only a matter of time before the other ladies find out. Even if they don’t believe it, rumors are enough to cast suspicious looks in Sydney’s direction, making it harder to do those things she does.

She laughs at the idea, wishing it were that simple.

Nicky:  My next book is sort of an African-inspired humorous dark fantasy with a heavy helping of steampunk. More gods and robots to look forward to!

Nicky:  Thanks for having me! This was so much fun. 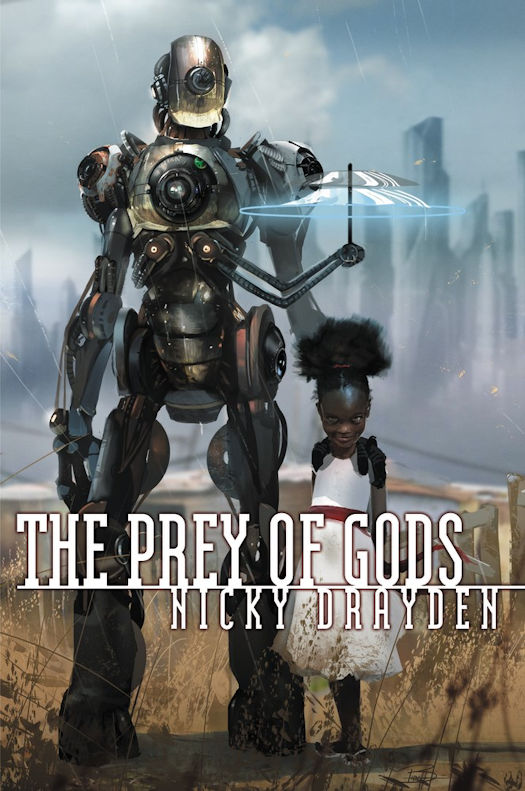 From a new voice in the tradition of Lauren Beukes, Ian McDonald, and Nnedi Okorafor comes The Prey of Gods, a fantastic, boundary-challenging tale, set in a South African locale both familiar and yet utterly new, which braids elements of science fiction, fantasy, horror, and dark humor.

In South Africa, the future looks promising. Personal robots are making life easier for the working class. The government is harnessing renewable energy to provide infrastructure for the poor. And in the bustling coastal town of Port Elizabeth, the economy is booming thanks to the genetic engineering industry which has found a welcome home there. Yes—the days to come are looking very good for South Africans. That is, if they can survive the present challenges:

And an ancient demigoddess hellbent on regaining her former status by preying on the blood and sweat (but mostly blood) of every human she encounters.

It’s up to a young Zulu girl powerful enough to destroy her entire township, a queer teen plagued with the ability to control minds, a pop diva with serious daddy issues, and a politician with even more serious mommy issues to band together to ensure there’s a future left to worry about.

Fun and fantastic, Nicky Drayden takes her brilliance as a short story writer and weaves together an elaborate tale that will capture your heart . . . even as one particular demigoddess threatens to rip it out. 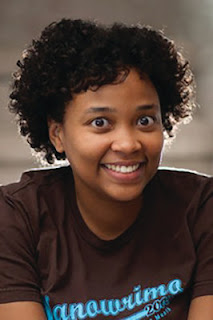 Nicky Drayden’s short fiction has appeared in publications such as Shimmer and Space and Time Magazine. She is a Systems Analyst and resides in Austin, Texas, where being weird is highly encouraged, if not required.