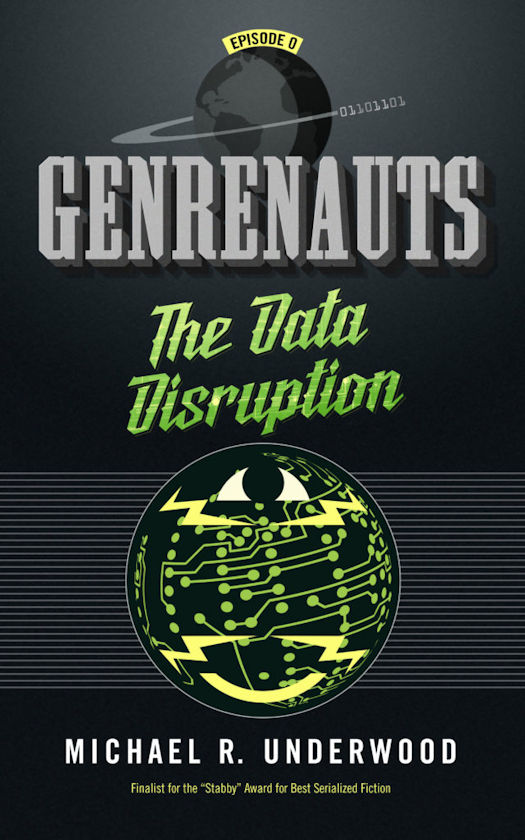 The Genrenauts are a group of story experts who travel to parallel worlds. Each is the home of a narrative genre—Science Fiction or Romance, Fantasy or Western—populated by archetypal characters and constantly playing out familiar stories.

The Genrenauts’ mission: find and fix broken stories. If they fail, the ripples from the story worlds will cause havoc and devastation on their home world.

In the world of Cyberpunk, D-Source, a noted hacker, has disappeared, leaving his team's storyline to grind to a halt. Angstrom King leads the Genrenauts on a mission to find out what happened to D-Source and how to get the cyberpunks back in the action.

World-spanning megacorporations...suspicious mercenaries living on the edge...lethal computer programs designed to tear your mind to shreds...the Genrenauts will face all these and more to get the story back on track—before it's too late.

A short story in the world of Genrenauts (a finalist for the r/Fantasy "Stabby" Award for Best Serialized Fiction.) 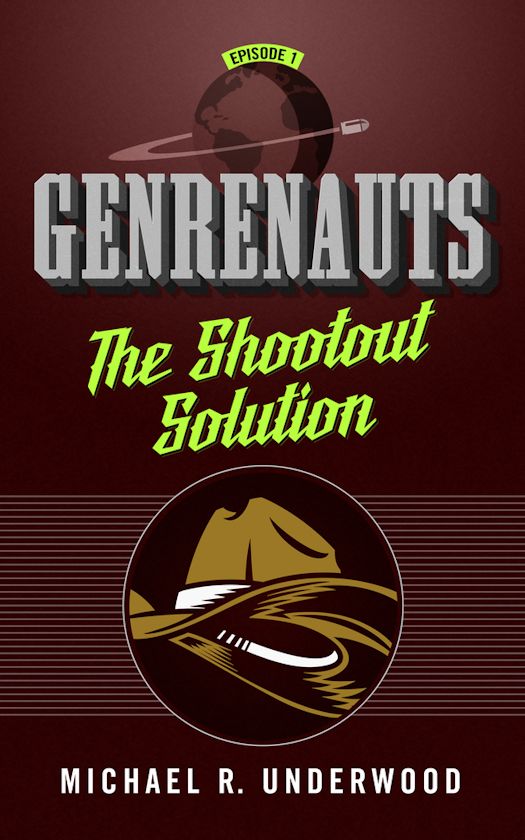 Leverage meets Jasper Fforde in this new series from the fan-favorite author of Geekomancy.

When a story goes-off track, you send in the Genrenauts. This team of narrative specialists travels across dimensions to find, evaluate, and fix broken stories, lest the ripples manifest as violence and upheaval in our own world.

Genrenauts Episode 1: The Shootout Solution - Leah Tang just died on stage. Well, not literally. Not yet. 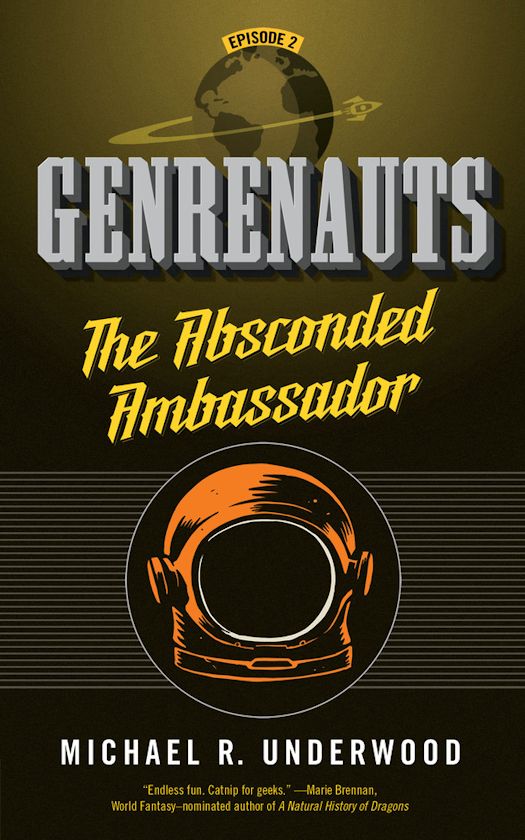 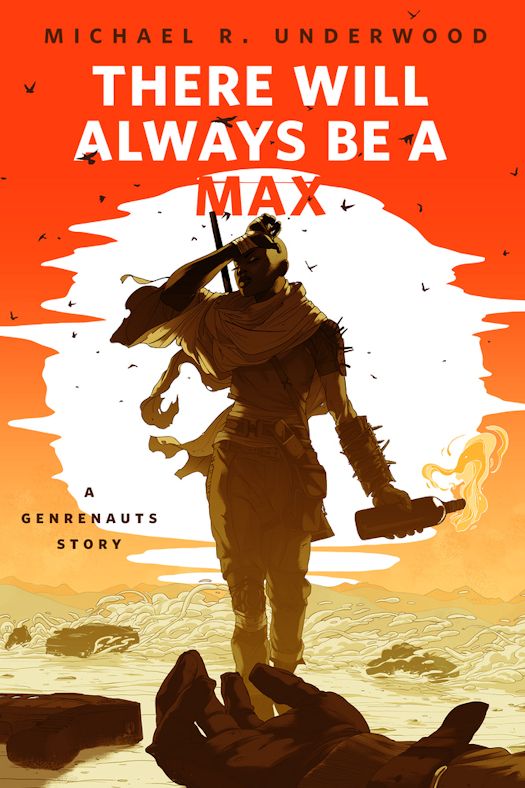 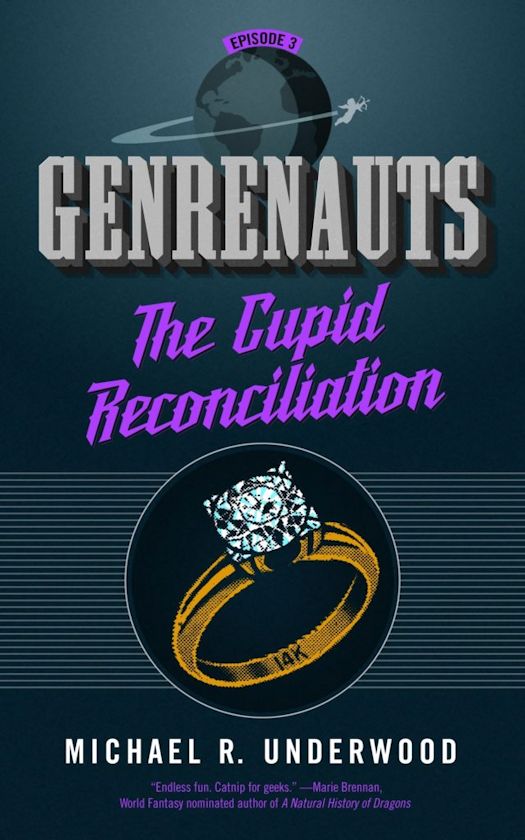 Happily Ever After or Bust!

Wounded Genrenaut Mallery York returns to active duty just in time for the team to be deployed to the Rom-Com region of the Romance world. There, everyone is beautiful, office workers can afford palatial midtown apartments, and hearts are won and broken on every corner.

But before they can fix the broken love story, they have to find it. Mallery takes the lead, bringing her expertise to bear and leading Leah to wonder whether there’s a space for her on the team now that Mallery is back.

The team scours dating sites, cocktail bars, and jogging paths looking for the right pair of lovers to reconnect before time runs out and the ripples from the story breach lay waste to romance back on Earth.

This third episode of Genrenauts is a great jumping-on point for new readers. If you like Leverage, Quantum Leap, Redshirts, and The A-Team, pick up The Cupid Reconciliation today for an exciting romp through the worlds of story! 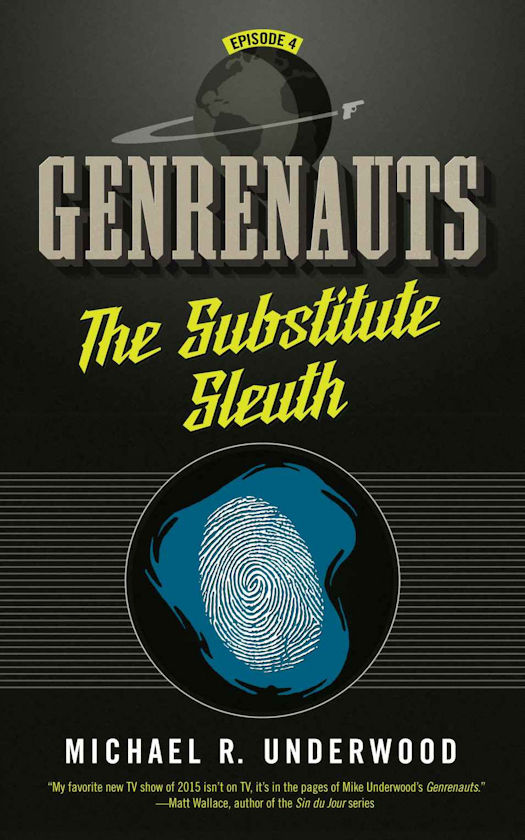 It was supposed to be a simple training mission in the Police Procedural region of Crime World. But there’s always a twist – when the precinct’s favorite wacky private eye is shot, Leah and King must fill the shoes of Odd Couple Detectives to investigate a pair of nested mysteries.

Leah and King work against the clock to fix the breach before falling too deep into their respective roles and losing themselves to the story. And there's more going on here than a simple crime of passion...

The fourth episode the trope-twisting Genrenauts series. If you like Leverage, Quantum Leap, Redshirts, and The A-Team, pick up The Substitute Sleuth for an energetic romp through the worlds of story! 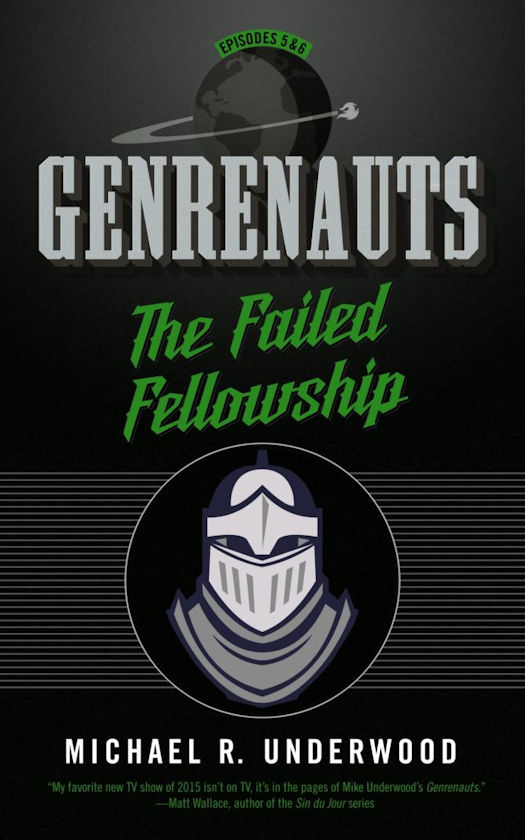 We’re Going to Need a New Chosen One…

The team travels to Traditional Fantasy-land where the prophesied hero has died just before his moment of triumph. The Genrenauts take on the roles of Wizard, Paladin, Fighter, Bard, and more to stop the Night-Lord before his arcane power brings about an eternal night of terror.

In Part 1, the heroes arrive in the story world and seek a weapon capable of defeating the Night-lord. In Part 2, they confront the Night-Lord and uncover a secret with implications that will ripple across the multiverse.

If you like Leverage, Quantum Leap, Redshirts, and The A-Team, you'll love Genrenauts. pick up The Failed Fellowship to continue the adventure! 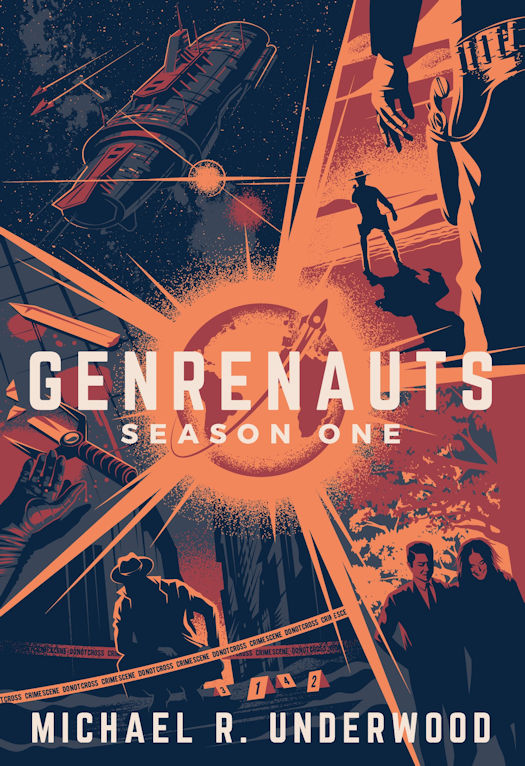 Struggling stand-up comic Leah Tang is offered a once-in-a-lifetime chance to join the Genrenauts, a secret organization of dimensional travelers. Leah learns that our world is just one of many, and every other world is the home of a story genre — Science Fiction or Romance, Fantasy or Western — populated by archetypal characters and constantly playing out familiar stories.

The Genrenauts’ mission: find and fix broken stories. If they fail, the ripples from the story worlds will cause havoc and devastation on their home world. Leah joins the team and dives head-first into the adventure. But the stories are breaking faster and worse than ever before. Will Leah rise to the occasion, or will she end up as just another broken story?

Collects all six episodes from the first season of the exciting science fiction novella series. If you like Leverage, Redshirts, or Quantum Leap, pick up Genrenauts to start a brand-new adventure!

Michael R. Underwood is the author of over twelve books, including the Ree Reyes Geekomancy series and Genrenauts, a series of novellas, which was a finalist for a r/Fantasy “Stabby” Award. By day, he’s the North American Sales & Marketing Manager for Angry Robot Books.

In years past, he danced Argentine Tango and was a member of the Society for Creative Anachronism and studying historical martial arts. Mike has been a hobby game store cashwrap monkey, a student archivist, a webmaster, a web design teacher, a bear-builder, a bookseller, an independent publishers’ representative, and more.

Mike lives in Baltimore with his wife and their ever-growing library. In his rapidly-vanishing free time, he geeks out on comics and video games and makes pizzas from scratch. He is also a co-host on the Hugo Award-Finalist The Skiffy and Fanty Show and Speculate! The Podcast for Writers, Readers, and Fans.