THE REALM Coming in September

PORTLAND, OR, 06/19/2017 — Co-creators Seth M. Peck (X-Men) and Jeremy Haun (THE BEAUTY) team up with colorist Nick Filardi and letterer Thomas Mauer for THE REALM, a new ongoing series that dives into the grit and chaos of the post-apocalyptic world.

Fifteen years ago, our world was overrun by creatures of myth: orcs, dragons, and other nameless horrors that threw the entire planet into total chaos. Today, the shattered remnants of civilization must fight tooth and nail to survive in a deadly new era of violence and mayhem.

“Creator-owned comics are the only place you can tell stories like THE REALM exactly as you want them to be told,” said Peck. “You can have an F-14 take on a dragon in the skies over Chicago, or have a horde of orcs lay siege to the White House without worrying about special effects or budgets. At the same time, you can tell very intimate, emotional, and human stories and develop complicated, meaningful characters over the course of time. With THE REALM, Jeremy and I wanted to blend all the genres we enjoy, mix in plenty of action, and give readers something unique and exciting to look forward to each month.”

“THE REALM is the book I've wanted to do my entire life,” said Haun. “It's the perfect mash of everything I love to draw. Post-apocalyptic landscapes, dark magical citadels, machine gun-toting barbarians, unnamable horrors, DRAGONS—it doesn't get more fun than this.”


Advance praise for THE REALM:


“A brilliant melding of genres with a nice punch to the nuts at the same time.” —Ben
Templesmith (30 Days of Night, Wormwood: Gentleman Corpse)


“THE REALM is a world built from the cadaver of normalcy. A post-apocalyptic fantasy
that punches you in the nose...and still makes you want more. Be warned: this book is
contagious.” —Aaron Kuder (Guardians of the Galaxy)


“THE REALM resists the temptation to give us easy answers—instead, co-creators
Seth Peck and Jeremy Haun give us a world that feels both fantastic and real, with
characters you’d want to buy a beer for, so long as they’d protect you from goblins or
dragons in return. THE REALM takes its time and proves worth the wait.” —Marc
Bernardin (Genius, Castle Rock)


“THE REALM mixes genuine nostalgic affection for the fantasy genre with an ingenious
twist. Pure escapism and pure comics by pros at the top of their games.” —Tim
Seeley (REVIVAL, Nightwing) 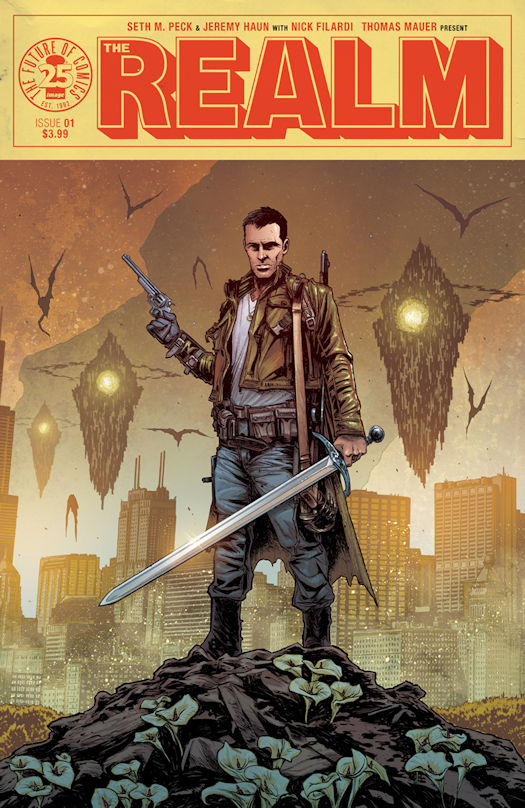 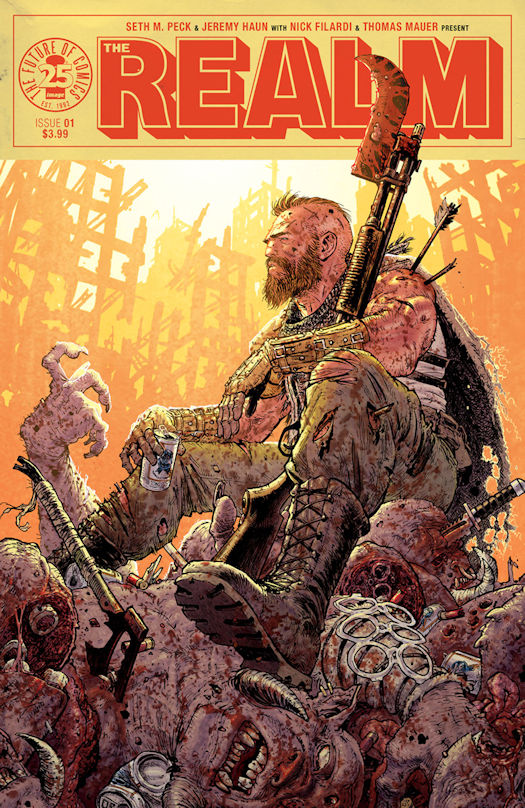