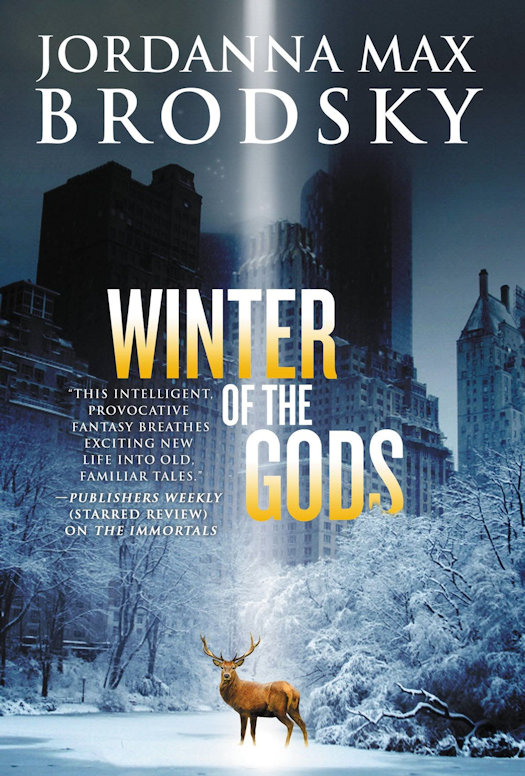 "A lively re-imagining of classical mythology with an engaging premise, a page-turning plot, and an eye for the arresting and uncanny in contemporary urban life."--Deborah Harkness, New York Times bestselling author of A Discovery of Witches

Winter in New York: snow falls, lights twinkle, and a very disgruntled Selene DiSilva prowls the streets, knowing that even if she doesn't look for trouble, it always finds her.

When a dead body is discovered sprawled atop Wall Street's iconic Charging Bull statue, it's up to Selene to hunt down the perpetrators. Her ancient skills make her the only one who can track a conspiracy that threatens the very existence of the gods, including Selene-once known as Artemis.

Winter of the Gods is the much-anticipated new novel from the author of The Immortals. 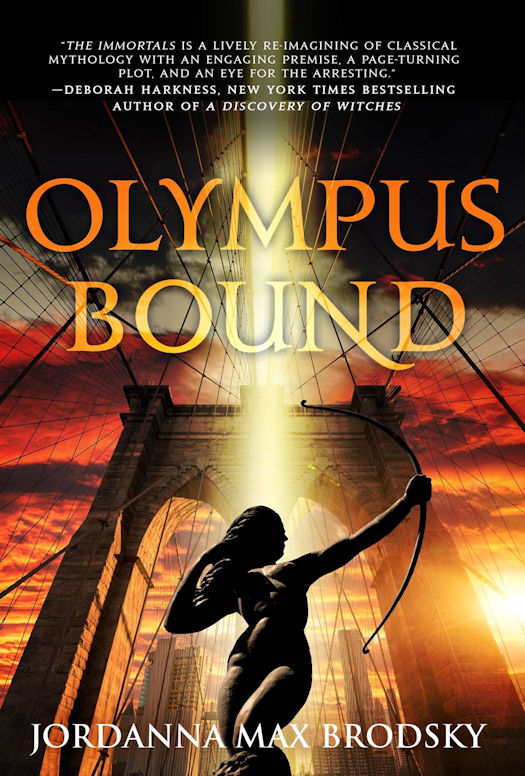 The Immortals is a lively re-imagining of classical mythology with an engaging premise, a page-turning plot, and an eye for the arresting and uncanny in contemporary urban life." --Deborah Harkness, New York Times bestselling author of A Discovery of Witches

Manhattan has many secrets. Some are older than the city itself

Summer in New York: a golden hour on the city streets, but a dark time for Selene. She's lost her home and the man she loves.

A cult hungry for ancient power has kidnapped her father and targeted her friends. To save them, Selene must face the past she's been running from - a past that stretches back millennia, to when the faithful called her Huntress. Moon Goddess. Artemis.

With the pantheon at her side, Selene must journey back to the seat of her immortal power: from the streets of Rome and the temples of Athens -- to the heights of Mount Olympus itself. 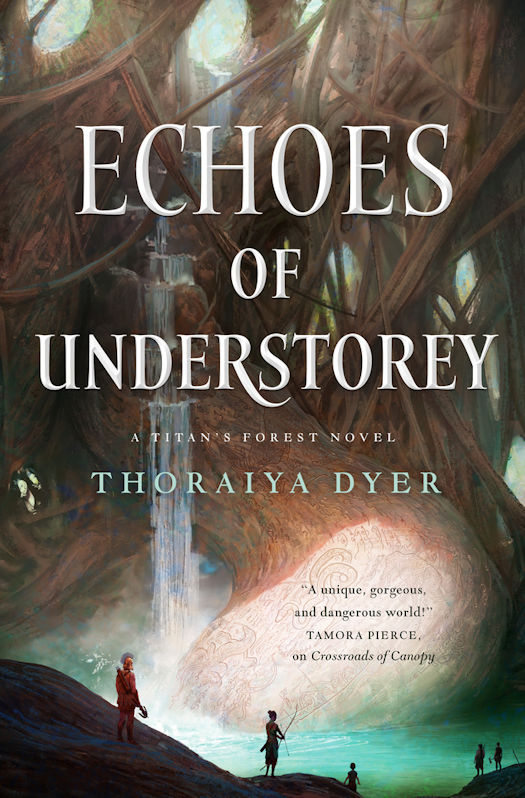 Return to the mythical rainforest ruled by reincarnated gods in the quest fantasy Echoes of Understorey, the heart-pounding sequel to Thoraiya Dyer's Crossroads of Canopy.

Great deeds are expected of Imeris.

Raised by accomplished warriors and skilled healers, and being the sister to a goddess, Imeris always felt pressured to be the best fighter in Understorey. Yet during a mission to capture the body-snatching sorceress Kirrik, Imeris fails disastrously. With death on her conscience and in hiding from her peers, Imeris climbs up to the sun-kissed world of Canopy to learn new ways to defeat Kirrik. What she doesn’t expect is to be recruited in a Hunt for the Ages, against a terrifying divine monster that will take all of her skills to stop.

"I am majorly impressed. A unique, gorgeous, and dangerous world!”—Tamora Pierce 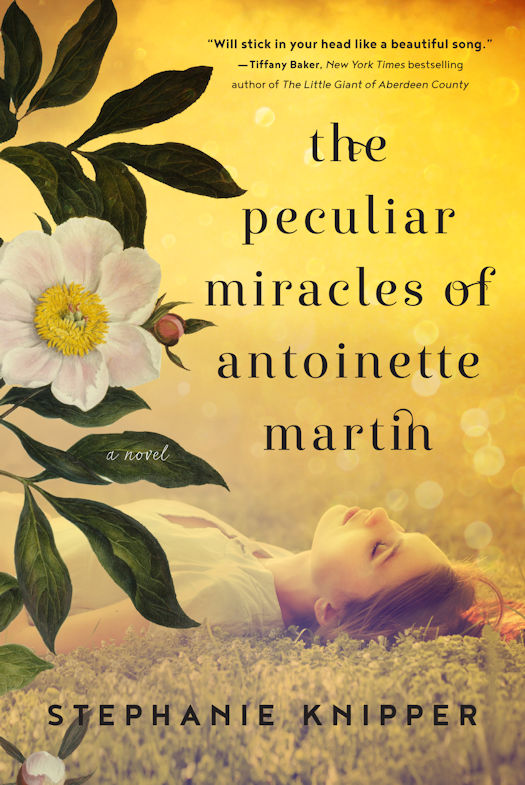 In the spirit of Vanessa Diffenbaugh’s The Language of Flowers–and with a touch of the magical–The Peculiar Miracles of Antoinette Martin is a spellbinding debut about a wondrously gifted child and the family that she helps to heal.

Sisters Rose and Lily Martin were inseparable when growing up on their family’s Kentucky flower farm yet became distant as adults when Lily found herself unable to deal with the demands of Rose’s unusual daughter. But when Rose becomes ill, Lily is forced to return to the farm and to confront the fears that had driven her away.

Rose’s daughter, ten-year-old Antoinette, has a form of autism that requires constant care and attention. She has never spoken a word, but she has a powerful gift that others would give anything to harness–she can heal with her touch. She brings wilted flowers back to life, makes a neighbor’s tremors disappear, and even changes the course of nature on the flower farm.

Antoinette’s gift, though, comes at a price, since each healing puts her own life in jeopardy. As Rose–the center of her daughter’s life–struggles with her own failing health and Lily confronts her anguished past, the sisters, and the men who love them, come to realize the sacrifices that must be made to keep this very special child safe.

Written with great heart and a deep understanding of what it feels like to be different, The Peculiar Miracles of Antoinette Martin is a novel about what it means to be family and about the lengths to which people will go to protect the ones they love.

“This is the kind of book that invites you home, sits you down at the kitchen table, and feeds you something delicious and homemade. You will want to stay in this world where new relationships bloom out of broken ones, sisters find one another again, and miracles really do occur.” —Tiffany Baker