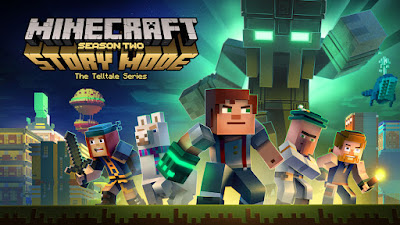 Minecraft: Story Mode - Season 2 continues Jesse's saga in a five-part, narrative-driven, episodic game series developed by Telltale in collaboration with Mojang and members of the Minecraft community. Though players' choices from the first season will carry over into season two, this new season will be accessible to both returning fans and newcomers alike. This second season will also include Telltale's unique multiplayer 'Crowd Play' feature, which allows friends and family to engage with the adventure together by helping to decide the direction of the story from any mobile device with an online connection.

Now that Jesse and the gang have vanquished the Wither Storm, saved the world, and become totally super famous heroes, life has gotten a bit more...complicated. With more responsibilities and less time for adventure, old friendships have started to fade -- at least until Jesse's hand gets stuck in a creepy gauntlet that belongs to an ancient underwater temple. Together with old pals and new comrades alike, Jesse embarks on a brand new journey filled with tough choices, good times, and at least one temperamental llama. 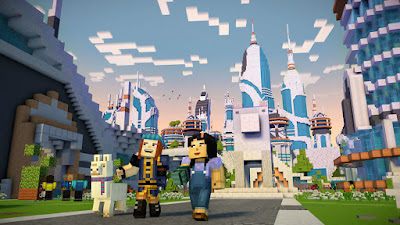 This season will feature voice work from Patton Oswalt, Catherine Taber, Ashley Johnson, and Scott Porter, as well as cameos from Stampy Cat, stacyplays, and other personalities from the Minecraft community on YouTube. Additional casting details for the season are yet to be announced.

Season one of Minecraft: Story Mode was met with widespread critical acclaim. Polygon declared the series "a grand adventure in the universe of Minecraft," while Wired UK said it "brilliantly channels its source material." Kotaku UK called it "a triumph." The Guardian said the series "will delight Minecraft veterans young and old alike," while GameSpot called it "a charming, winning adventure for both fans and newbies to the world of Minecraft."

Minecraft: Story Mode - Season 2 will be a standalone product separate from both the core Minecraft game and season one of Minecraft: Story Mode. Season two will be available for download on Xbox One, PlayStation 4, PC, Mac, iOS, and Android-based devices. A retail version on disc will become available this fall. The series is currently in development and has not yet been rated by the ESRB. 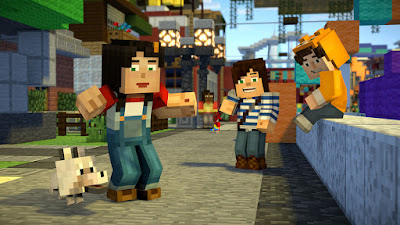 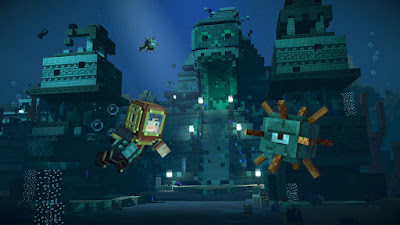 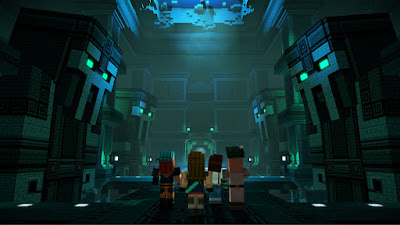 Mojang AB is a Microsoft-owned games studio based in Stockholm, Sweden. We're responsible for the relatively popular video game Minecraft. We also created the card-collecting tactical battler Scrolls, and have dabbled in publishing with Oxeye Game Studio's awesome side-scrolling robo-blaster Cobalt. We're developing more games, too, but we're not ready to talk about those quite yet.

Telltale's reputation for quality has been established across more than three dozen different product releases over the years, earning acclaim from publications like IGN, The New York Times, and Variety, as well as over 100 "Game of the Year" awards. Telltale is a fully licensed third party publisher on consoles from Microsoft, Sony, and Nintendo, and also publishes games on the PC, Mac, and Apple iOS platforms. For more information, visit www.telltalegames.com.