Here are some of the upcoming novels by formerly featured DAC Authors! The year in parentheses is the year the author was featured in the DAC. 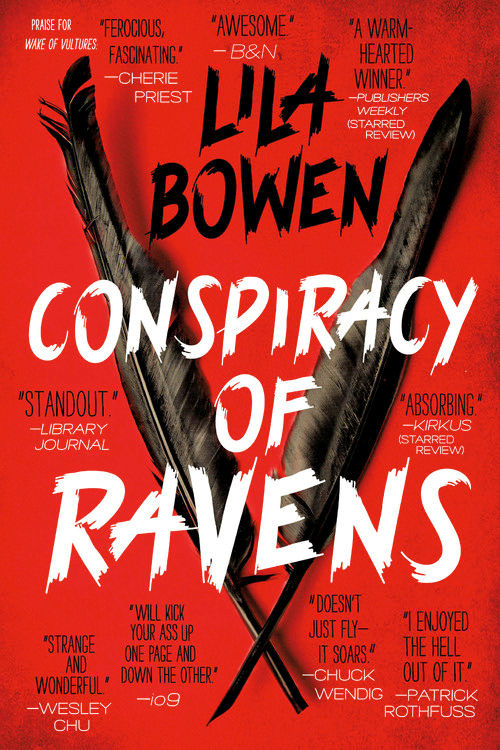 The sequel to Wake of Vultures and second novel in Lila Bowen's widely acclaimed Shadow series.

Nettie Lonesome made a leap -- not knowing what she'd become. But now her destiny as the Shadow is calling.

A powerful alchemist is leaving a trail of dead across the prairie. And Nettie must face the ultimate challenge: side with her friends and the badge on her chest or take off alone on a dangerous mission that is pulling her inexorably toward the fight of her life.

When it comes to monsters and men, the world isn't black and white. What good are two wings and a gun when your enemy can command a conspiracy of ravens? 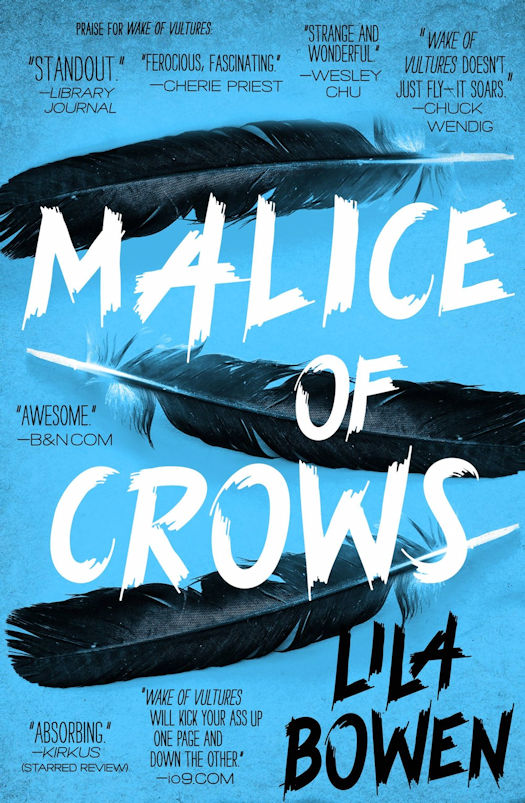 The sequel to Conspiracy of Ravens and third novel in Lila Bowen's widely-acclaimed Shadow series.

The Ranger known as Rhett has shut down a terrible enterprise running on the blood of magical folk, but failed to catch the dark alchemist behind it. And now the Shadow refuses to let him rest.

Rhett must make the ultimate transformation if he has any hope of stopping the alchemist or fulfilling his destiny; he must become the leader of a new Rangers outpost.

To save his friends, and the lives of countless others, he'll first have to lead them on a mission more dangerous than anything they've ever faced. 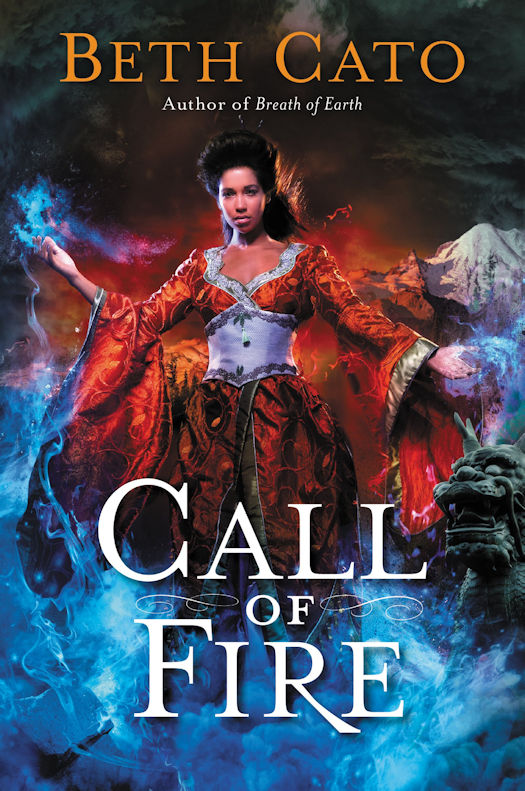 A resourceful young heroine must protect the world from her enemies—and her own power—in this thrilling sequel to the acclaimed Breath of Earth, an imaginative blend of alternative history, fantasy, science, magic, and adventure.

When an earthquake devastates San Francisco in an alternate 1906, the influx of geomantic energy nearly consumes Ingrid Carmichael. Bruised but alive, the young geomancer flees the city with her friends, Cy, Lee, and Fenris. She is desperate to escape Ambassador Blum, the cunning and dangerous bureaucrat who wants to use Ingrid’s formidable powers to help the Unified Pacific—the confederation of the United States and Japan—achieve world domination. To stop them, Ingrid must learn more about the god-like magic she inherited from her estranged father—the man who set off the quake that obliterated San Francisco.

When Lee and Fenris are kidnapped in Portland, Ingrid and Cy are forced to ally themselves with another ambassador from the Unified Pacific: the powerful and mysterious Theodore Roosevelt. But even TR’s influence may not be enough to save them when they reach Seattle, where the magnificent peak of Mount Rainier looms. Discovering more about herself and her abilities, Ingrid is all too aware that she may prove to be the fuse to light the long-dormant volcano . . . and a war that will sweep the world. 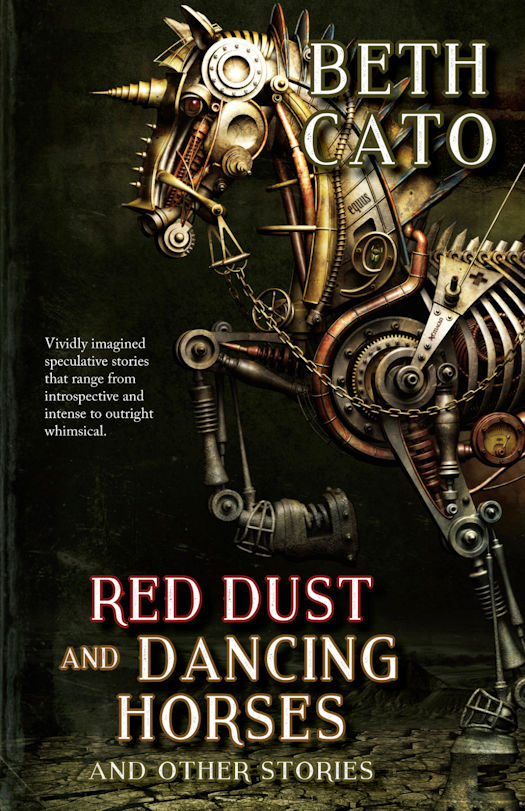 This debut collection from Nebula-nominated author Beth Cato brings together works that span history and space, a showcase of vividly imagined speculative stories that range from introspective and intense to outright whimsical. Here you'll find the souls of horses bonded into war machines of earth and air, toilet gnomes on the rampage, magical pies, a mad scientist mother, a bitter old man who rages against giant extraterrestrial robots, and a sentient house that longs to be a home. The book features 28 stories and 6 poems, and includes Cato's acclaimed story "The Souls of Horses."

The Souls of Horses / What We Carry (poem) / Beat Softly, My Wings of Steel / Hunter (poem) / Headspace / The Death of the Horse (poem) / Red Dust and Dancing Horses / What Happened Among the Stars (poem) / Biding Time / Hat Trick / Blue Tag Sale / Nisei (poem) / Toilet Gnomes at War / Minor Hockey Gods of Barstow Station / An Echo in the Shell / 213 Myrtle Street / The Human is Late to Feed the Cat / The Sweetness of Bitter / Post-Apocalyptic Conversations with a Sidewalk / A Dance to End Our Final Day / A Lonesome Speck of Home / La Rosa Still in Bloom / A Recipe for Rain and Rainbows / Bread of Life / Stitched Wings / My Brother's Keeper / Deeper Than Pie (poem) / Maps / Overlap / Moon Skin / Cartography of Shattered Trees / Roots, Shallow and Deep / "Cartographer's Ink / The Quest You Have Chosen Defies Your Fate 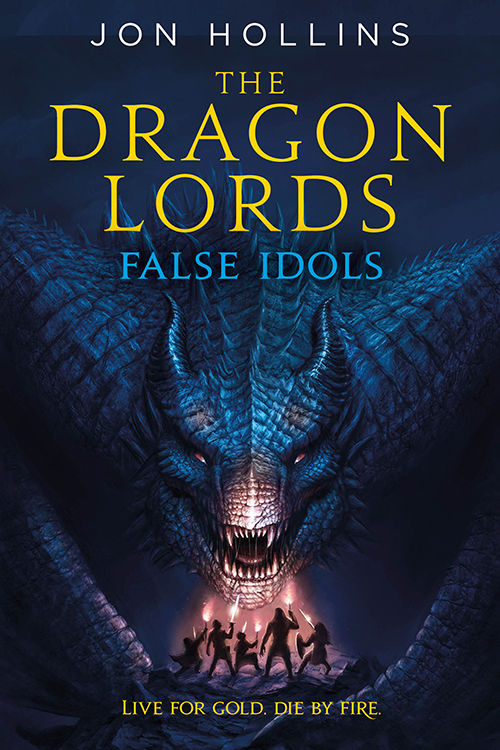 Guardians of the Galaxy meets The Hobbit in this rollicking fantasy adventure series.

The Dragons who once ruled over the land are dead.

The motley crew that stumbled through that revolution are rich and praised as saviors.

Everyone gets to live happily ever after, right?

Well, it might have worked out that way if the dragons in Kondorra had been the only ones. If they hadn't been just the tip of the spear about to fall upon the whole world...