THE OTHER SIDE Collected in Deluxe Hardcover

EISNER-NOMINATED MINISERIES
THE OTHER SIDE COLLECTED IN
DELUXE HARDCOVER THIS JULY
The definitive collection of Jason Aaron and Cameron Stewart’s
Vietnam War series
PORTLAND, OR, 05/08/2017 — Writer Jason Aaron (SOUTHERN BASTARDS, THE GODDAMNED, Scalped) and artist Cameron Stewart (MOTOR CRUSH, Fight Club 2) will release a deluxe hardcover edition, brimming with extras, of their acclaimed miniseries THE OTHER SIDE this July from Image Comics.

THE OTHER SIDE tells an unforgettable Vietnam War story from the point of view of two young soldiers on either side of the conflict. This deluxe edition will also include loads of extra materials straight from the files of both writer and artist—including Cameron Stewart’s pictures, drawings, and journal entries from his preliminary research trip to Vietnam.

“I've never worked harder on a comic than I did on this,” said Aaron. “And if I hadn't, I don't know where I'd be today. This book gave me a career. And in these pages, Cameron and Dave McCaig gave us all some of the most intense and haunting visuals the war comic genre has ever seen.”

“Working on this book was one of the highlights of both my career and my life so far, and I'm thrilled for it to be re-released in this deluxe edition,” said Stewart. “I think it remains as visceral and powerful today as it did a decade ago.”

THE OTHER SIDE SPECIAL EDITION HC is available for preorder via Amazon, Barnes & Noble, Indiebound, and Indigo.

Select praise for THE OTHER SIDE:
“This book isn’t trying to be important, it just is. Highest possible recommendation.”
—Brian K. Vaughan (SAGA, PAPER GIRLS)
“Solidly executed in every way, THE OTHER SIDE is both a great start for newcomers
to graphic novels and an achievement veterans of the form will appreciate.”
—BookSlut
“Nothing short of a true classic, up there with Neil Gaiman’s Sandman and Alan
Moore’s Watchmen.” —Library Journal
“THE OTHER SIDE perfectly nails the gruesome reality of war, but diverges from what
you've seen and read previously through stark hallucinations, mangled moving corpses,
and other unexpected elements—that never compromise the emotional integrity and
reality of what you're reading.” —MTV News
“THE OTHER SIDE demonstrates that war comics, out of favor for decades, retain
substantial viability.” —Booklist 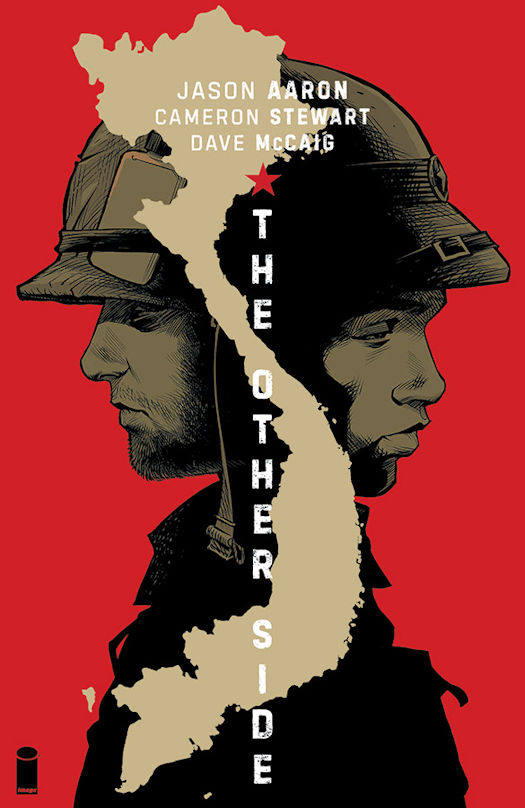 THE OTHER SIDE SPECIAL EDITION is a hardcover collection of the Eisner-Award Nominated miniseries that started it all for writer JASON AARON (SOUTHERN BASTARDS, Scalped)! With amazingly visceral artwork from CAMERON STEWART (MOTOR CRUSH, Batgirl) and vivid colors from DAVE McCAIG (American Vampire), THE OTHER SIDE tells an unforgettable Vietnam war story from the point-of-view of two young soldiers on both sides of the conflict.

Private Bill Everette is a US Marine. His opposite number, Vo Binh is a fighter for the People’s Army of Vietnam. These two young men have never met. They are not even aware of each other’s existence. And yet, in the battle-scared country of Vietnam, fighting a war that no sane mind can fully comprehend, their destinies are on a deadly collision course.

THE OTHER SIDE SPECIAL EDITION will not only showcase this powerful war story but also include loads of extra materials straight from the files of both writer and artist. Cameron Stewart was so committed to this project that he travelled to Vietnam to do preliminary research and this collection will feature pictures, drawings and journal entries from that trip.

This definitive collection is an important milestone in the burgeoning careers of two of the most significant creators of modern comics and it’s not to be missed! Collects THE OTHER SIDE #1-5