Please welcome Gregory Benford to The Qwillery. The Berlin Project, an alternate history of World War II, was published on May 9th by Saga Press. 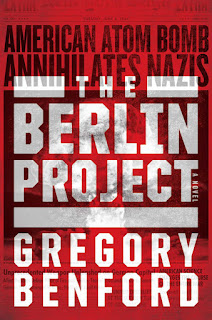 TQ:  Welcome to The Qwillery. You've written over 20 novels. How has your writing process changed over the years?

Gregory:  I started out writing terribly stiff stuff, which meant my first two stories did not sell. Then to compete in a story contest I wrote a wry, amusing story about a party—not my usual subject, i.e., science. It worked! So as I wrote more, moving to novels, I saw that you can’t think about that future in the dry light of science alone. Novels serve us deeply because we want meaning, and fiction creates meaning in concrete form. Scientifically minded people could perhaps conceptualize novels as case studies or thought experiments--both finer grained and wider ranging in their approach to meaning than cruder genres such as religion, psychology or common sense. A literary life is an ongoing moral education, a geography of the human world. I learned to include as much of life as I could, evoke the five senses and our fallible human selves. It helps to be humble.

TQ:  What is, for you, the most challenging things about writing?

Gregory:  Learning to let yourself fly. Just go. Savants call it The Zone but to me it’s letting the unconscious come out to play. The murky origin of Freudian slips can help you!

TQ:  The Berlin Project is an alternate history of WWII. Why did you focus on the development of the nuclear bomb?

Gregory:  It was the crucial phase shift between the first 45 years of the 20th Century, dominated by the two biggest wars in history—into the rest, where wars were cold and a golden age bloomed. The problem of vast wars was solved not by the diplomats, but by the physicists. Make those wars impossible. I’m a physicist, know how weapons design works, and learned of the key historical pivot from Edward Teller, for whom I was a postdoc: We erred early in the war, neglecting the technology that would have given us the bomb a year earlier. Could that lead to a better world than ours? I couldn’t resist! I knew nearly every character in the novel, so I used my memories of them. It was huge fun, though it took 5 years.

TQ:  What appealed to you about writing alternate history?

Gregory:  A chance to rethink the crucial turning years of the last century. To revisit many friends, long gone. To make WW II new again!


TQ:  Tell us something about The Berlin Project that is not found in the book description.

Gregory:  I had to rethink the whole last two years of the war. A million people died nearly every month, then!—colossal tragedies, every day.

So suppose we do the Manhattan Project job right, first time.

Next, how to use a bomb? There would be a fresh one every month or two, at best, so what’s the first target?

In the novel, everybody thinks Berlin is the obvious target. I asked military types and they said no, you must leave in place the civilian authority that can surrender. This is standard doctrine. But in 1944?
We now know that the Prussian wing of the German Army’s General Staff tried to negotiate through the British for at least a cease-fire, from 1943 onward. They tried to kill Hitler and nearly did in July 1944. The commanding generals were all on battlefields in 1944, not Berlin--where the Nazi Party types, whom the Prussians hated, were dug in.
So… What to do with these elements?
I researched many off-trail threads that really happened, but we forget: That both sides thought of using radioactive uranium as a pollutant, akin to poison gas and worked out details. That Eisenhower sent teams with Geiger counters to measure such use at Normandy. That we so feared a German nuclear program, the General commanding the Manhattan Project, Leslie Groves, sent in his top agent to assassinate Heisenberg if the agent thought Heisenberg’s team was getting close to a bomb.
Blend these and many existing letters and memos, my memories from knowing most of the characters in the novel--season to taste, heat, stir.

TQ:  In addition to being an author you are a physicist and a professor of physics. How did your own background influence The Berlin Project?

Gregory:  I used my whole education—nuclear, weapons, and how scientists think. They’re hardnosed, sure, but idealistic, too. These counter-currents in their personalities made the drama work better, more furious.


TQ:  What sorts of research did you do for The Berlin Project?

Gregory:  I must’ve read 200+ books, innumerable memoirs, once-classified documents, the works. I found the ID badges of Feynman and Fermi and others, at the Los Alamos lab—and put them in the novel! It has 45 photos, since I thought: This is a historical, why not show history? Much fun.

TQ:  You knew many of the people portrayed in The Berlin Project. How difficult or easy was it to write people you know?

Gregory:  Easier than inventing from whole cloth. I have a good aural memory, could recall how people like Fermi, Feynman, Teller, etc talked. I sat back and channeled them!

TQ:  Give us one or two of your favorite non-spoilery quotes from The Berlin Project.

Gregory:  Freeman Dyson remarks, “All of science is uncertain and subject to revision. The glory of science is to imagine more than we can prove.”

The baseball player Moe Berg (a major character in the novel!) says, “
“You never know what is enough unless you know what is more than enough.” 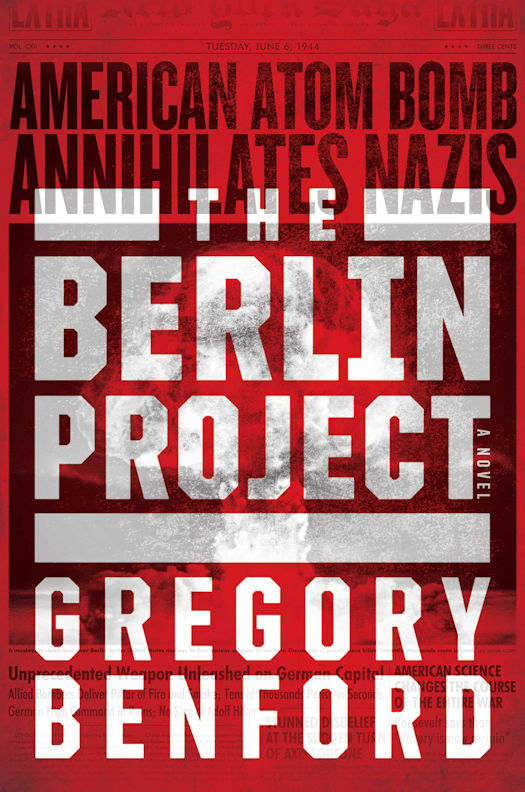 New York Times bestselling author Gregory Benford creates an alternate history about the creation of the atomic bomb that explores what could have happened if the bomb was ready to be used by June 6, 1944.

Karl Cohen, a chemist and mathematician who is part of The Manhattan Project team, has discovered an alternate solution for creating the uranium isotope needed to cause a chain reaction: U-235.

After convincing General Groves of his new method, Cohen and his team of scientists work at Oak Ridge preparing to have a nuclear bomb ready to drop by the summer of 1944 in an effort to stop the war on the western front. What ensues is an altered account of World War II in this taut thriller.

Combining fascinating science with intimate and true accounts of several members of The Manhattan Project, The Berlin Project is an astounding novel that reimagines history and what could have happened if the atom bomb was ready in time to stop Hitler from killing millions of people 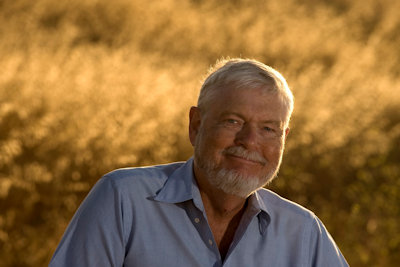 Gregory Benford — physicist, educator, author — was born in Mobile, Alabama, on January 30, 1941. In 1963, he received a B.S. from the University of Oklahoma, and then attended the University of California, San Diego, where he received his Ph.D. in 1967. Benford is a professor of physics at the University of California, Irvine, where he has been a faculty member since 1971. Benford is the author of over twenty novels, including Jupiter Project, Artifact, Against Infinity, Eater, and Timescape. A two-time winner of the Nebula Award, Benford has also won the John W. Campbell Award, the Australian Ditmar Award, the 1995 Lord Foundation Award for achievement in the sciences, and the 1990 United Nations Medal in Literature. Visit his website at http://www.gregorybenford.com/