SPAWN #1 IS REBORN WITH A SPECIAL 25TH ANNIVERSARY DIRECTOR’S CUT EDITION,
COVER AND INTERIOR PAGES REVEALED
TEMPE, AZ, 05/15/2017 — In celebration of the Hellspawn’s silver anniversary, a special Director’s Cut Edition of SPAWN #1 by comics legend and Image Comics President, Todd McFarlane, will hit stores this week. The Director’s Cut includes the original artboards of SPAWN #1, commentary from McFarlane himself on each page, and bonus, never-before-seen art.

The SPAWN #1 25th Anniversary Director’s Cut will feature original art board pages from Spawn issue #1, with three cover variations, showcasing art from McFarlane, Ashley Wood, and Clayton Crain. This special anniversary edition hits comic stores on Wednesday, May 17th, and will have a retail price of $4.99.

“Seeing all that came from Spawn is pretty incredible,” said McFarlane. “I enjoyed going back and working on SPAWN #1 again, and am excited to share the thought process of how Spawn came to be with the fans. They are the ones that really helped us reach 25 years and hopefully continue on for lots more!”

In the summer of 1992, famed comic book artist Todd McFarlane shook up the industry when he unleashed his very own comic creation, SPAWN to the world. Published by the newly formed Image Comics, the debut issue of SPAWN would also be the very first publication for the company co-founded by McFarlane himself. 2017 marks the 25th anniversary of SPAWN—which sold 1.7 million copies in its debut year and is currently on issue #275, keeping pace to become the longest running independent comic ever when it reaches issue #301.

The inaugural issue of SPAWN began the saga of Al Simmons who was once the U.S. government’s greatest soldier and most effective assassin. Mercilessly executed by his own men, Simmons was resurrected from the ashes of his own grave in a flawed agreement with the powers of darkness, he was reborn as a creature from the depths of Hell. Now Al Simmons is locked on Earth fighting the evil that is locked with him. Unable to save the love of his life, Wanda, he makes it his mission to save her daughter, Cyan.

For more information about SPAWN fans can visit http://mcfarlane.com. 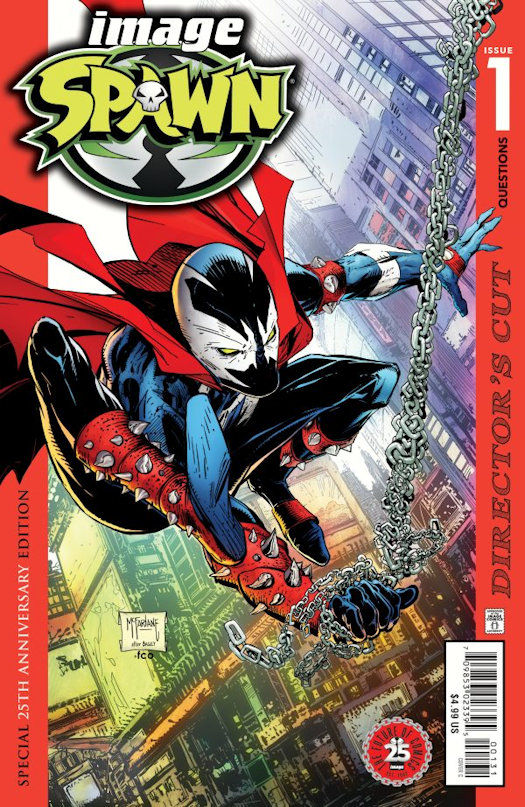 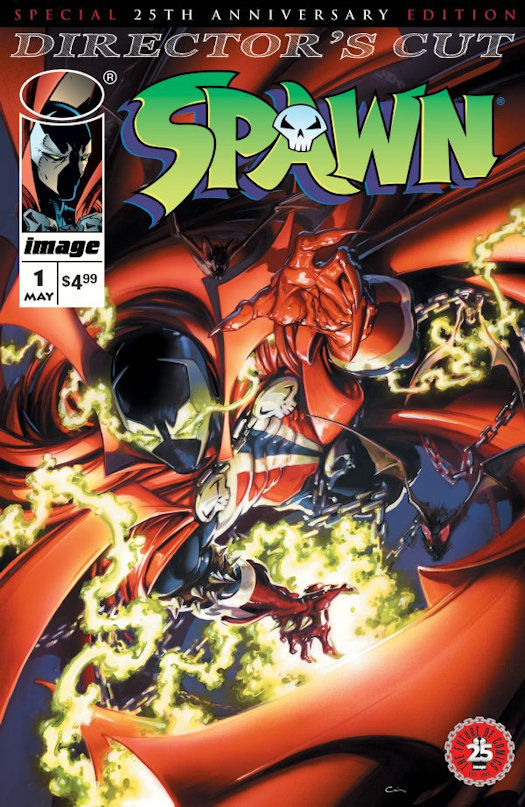 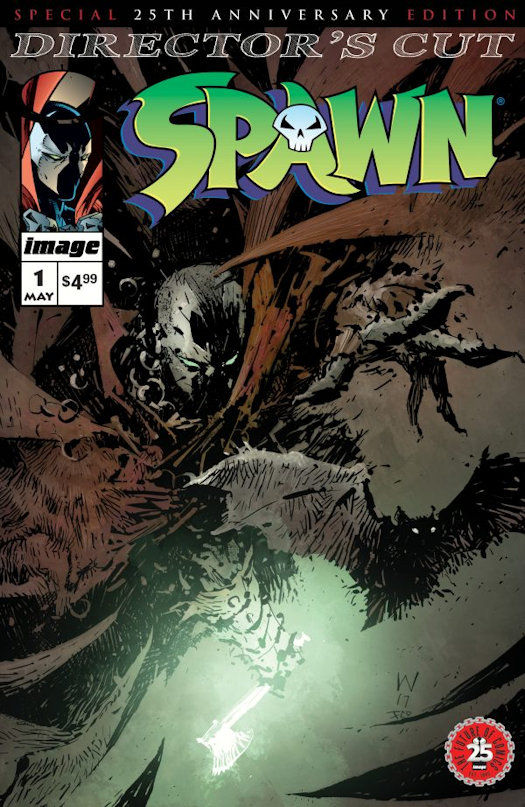 ABOUT IMAGE COMICS
Image Comics is a comic book and graphic novel publisher founded in 1992 by a collective of bestselling artists. Image has since gone on to become one of the largest comics publishers in the United States. Image currently has five partners: Robert Kirkman, Erik Larsen, Todd McFarlane, Marc Silvestri, and Jim Valentino. It consists of five major houses: Todd McFarlane Productions, Top Cow Productions, Shadowline Comics, Skybound Entertainment, and Image Central. Image publishes comics and graphic novels in nearly every genre, sub-genre, and style imaginable. It offers science fiction, fantasy, romance, horror, crime fiction, historical fiction, humor and more by the finest artists and writers working in the medium today. For more information, visit www.imagecomics.com.
ABOUT TODD MCFARLANE PRODUCTIONS
Todd McFarlane, Image Comics President, is widely recognized as one of the most influential comic book creators of the last three decades, McFarlane is best known as the creator of Spawn. That title’s hugely popular 1992 debut sold an amazing 1.7 million copies – an unprecedented feat in independent comics. http://www.mcfarlane.com.
Posted by Qwill at 5:57 AM