Happy Anniversary to me!!!! 12 years ago today, in pretty much the same crappy weather, I got married. I had actually forgot (ooops) and probably wouldn't have remembered if my 88 year old next door neighbor hadn't dropped a card in my letterbox. Yikes! I haven't however, forgotten the two books I read this week. So before I go off to celebrate let me tell you what I read.

I received Larry Correia's Hard Magic in the post from the very generous Qwill several months ago and I mislaid it. How naughty was I? Especially as it was signed by the author himself and look how cute his signature is!

Jake Sullivan works for the Feds as private investigator....but he isn't your average PI. He has a unique ability to manipulate his environment allowing him to crush a rock with a mere flick of a finger, or change the gravity in a room, or to survive a fall from a tall building. Fresh out of jail Jake now works for the government and his next case sends him on the trail of an old friend...one who is as strong as he is. It's not long before Jake finds himself trapped between two warring factions of magical enhanced humans. Jake just wants to live a normal life but there is an evil coming and he might be the only one that can save the world.

I enjoyed Hard Magic and thought it was a jolly good read. I liked Jake and thought that Correia gave the 1920's a good twist with his magically enhanced characters. If you judge the book by the cover and the description you would assume that Jake was the main character but he really shares the limelight with the Faye, a teenage 'Traveller'. Quite a large part of the story centers on Faye and her ability to travel through space (not time). Jake and Faye are joined by a strong cast of supporting characters who help to give these main characters a bit more depth. While this is a standard 'good vs evil' story there are a couple of events that were a surprise. No spoilers here folks.

My next book was the final instalment of Emma Newman's The Split Worlds series with All Good Things. The story starts immediately after the events of book 4 where Cathy escapes her disastrous marriage to Will and is now staying with Lord Iron aka Sam. Sam has also given refuge to Bea, a sorceress who has killed many in an attempt to bring down barriers between the worlds. Joined by Max and the gargoyle, Sam and Cathy try to find a way to bring balance between the worlds while at the same time trying to stop anyone else getting killed in the process.

I have enjoyed this story but did not enjoy this final book. It felt like several chapters were missing as there is a big hole in one of the plot lines. I actually went back and re-read a couple of chapters as I thought my Kindle had jumped ahead. Cathy's husband Will was exceptionally annoying and in times Cathy was just a bit too whiny. Due to this I found the latter half of the book a bit jarring and rushed at the end. I wasn't really sad to see this story end which was too bad as I really enjoyed the earlier books.


That is all for me this week. I hope you have found something enjoyable to read. Until next week Happy Reading. 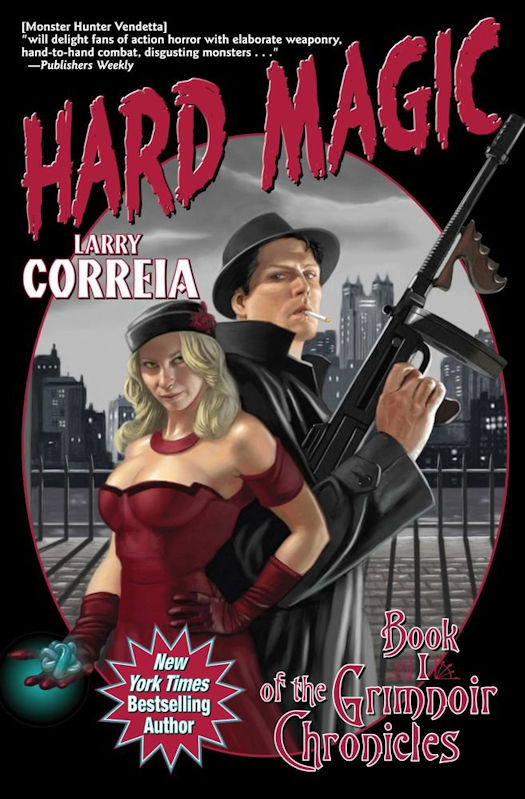 Jake Sullivan is a war hero, a private eye-and an ex-con. He's free because he has a magical talent, being able to alter the force of gravity in himself and objects in his vicinity, and the Bureau of Investigation calls on him when they need his help in apprehending criminals with their own magical talents. But the last operation he was sent along to help with went completely wrong, and Delilah Jones, the woman the G-men were after, who just happened to be an old friend of Jake's in happier times, had a lot of magical muscle with her, too much muscle for the cops to handle, even with Jake's help.

It got worse. Jake found out that the Feds had lied to him about Delilah being a murderer as well as a bank robber, and they had lied about this being his last job for them-he was too valuable for them to let him go. And things were even worse than Jake imagined. There was a secret war being waged by opposing forces of magic-users, and Jake had no idea that he had just attracted the attention of one side, whose ruthless leaders were of the opinion that Jake was far too dangerous to be permitted to live... 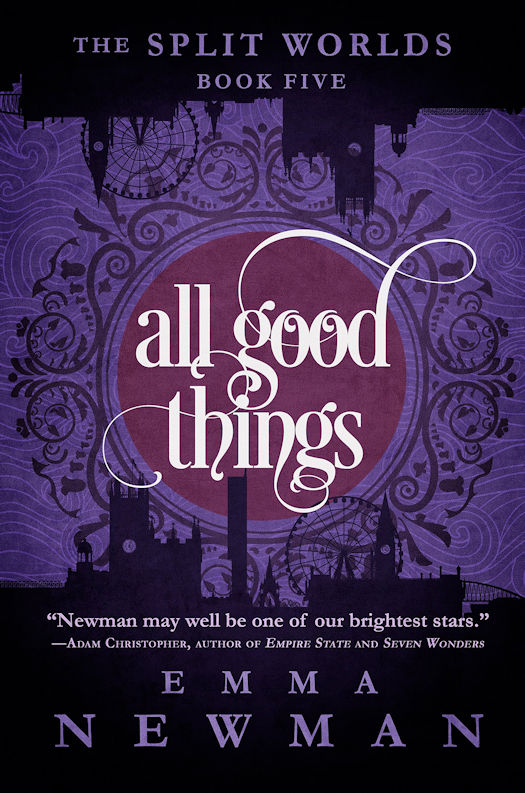 From Emma Newman, the award-nominated author of Planetfall and Between Two Thorns, comes the long awaited conclusion to the Split Worlds series, described by Locus Magazine as “an intriguing mix of modern world, Victorian/Regency England, and faery.”

As the Iris family consolidates their hold on society within the secret world of the Nether, William Iris finds himself more powerful and yet more vulnerable than ever. His wife, Cathy, has left him, a fact that will destroy him if it becomes public. To keep his position—and survive—he needs to get her back, whatever the cost.

Cathy has finally escaped the Nether, but hates that she must rely so heavily on Sam’s protection. When the strange sorceress Beatrice offers her a chance to earn true freedom by joining the quest Sam has been bound to, Cathy agrees. But can she and Sam navigate Beatrice’s plans for the future without becoming two more of her victims?

And Beatrice, a self-taught and powerful killer, is not without her enemies. Rupert, the last sorcerer of Albion, is obsessed with finding and destroying her. He orders Max and his gargoyle to help him, pulling them away from protecting innocents. As the Arbiter and his partner face the ugly side of their responsibilities to Rupert, they begin to question where their loyalties should truly lie.

Amidst death, deceit, and the fight for freedom, friendships are tested, families are destroyed, and heroes are forged as the battle to control the Split Worlds rages to its climatic conclusion.