Announcing an All New Translation of the Iconic Battle Angel Alita manga from Kodansha Comics and comiXology Originals
Digital releases with Guided View of volumes 1 through 3 go on sale May 24, hardcover Deluxe Editions to follow in Fall 2017
San Francisco, Calif. (May 24, 2017)—Long after being out of print, Yukito Kishiro’s iconic and popular manga series Battle Angel Alita is available today for the first time in nearly a decade, with a stunning new translation of the first three volumes available exclusively as a digital release from Kodansha Comics via comiXology Originals. Kishiro’s post-apocalyptic science fiction story about an amnesiac cyborg named Alita has thrilled international audiences since it was originally published in 1990. James Cameron is currently producing a live-action adaptation of the acclaimed title.

“Thank you for waiting,” wrote Battle Angel Alita’s legendary creator, Yukito Kishiro. “With the new translation, Battle Angel Alita is updated to be as authentic as it is in the original Japanese edition. Please enjoy!” 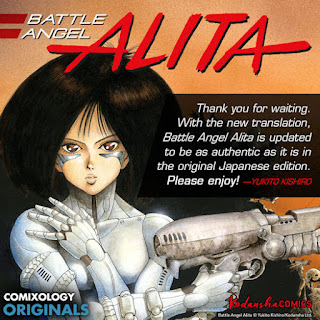 The digital exclusive release of Battle Angel Alita volumes 1-3 is available today for free with a comiXology Unlimited membership, or for $10.99 per volume on comiXology or Kindle. Each volume is available in comiXology’s Guided View, allowing fans to cinematically read from panel-to-panel at their own pace. The entire series will be released as part of the comiXology Originals program this year, with Volumes 4-6 debuting in August and the concluding volumes 6-9 appearing in October.

Although the new translations of Battle Angel Alita are only available as digital editions for now, readers looking for print editions of the new versions can look forward to Kodansha Comics releasing premium hardcover Deluxe Editions starting November 2017.


About Yukito Kishiro
Regarded as one of the finest action illustrators in global comics, Yukito Kishiro is best known for creating the cyberpunk manga Battle Angel Alita. When he was only 17, Kishiro was nominated for Japanese publisher Shogakukan’s Best New Comic award. Creator of other popular manga titles, Kishiro is known for his strong characters, original settings, and intricate, lifelike artwork.

ComiXology Unlimited offers access to over 10,000 comics, graphic novels and manga for just $5.99 a month with a 30-day free trial at comixology.com/unlimited and is available on the comiXology app for Fire Tablet, Android, iOS and on the web at comixology.com.


About Kodansha
Founded in 1909, Kodansha Ltd. is Japan’s leading publishing house, based in Tokyo, Japan. Under the leadership of Yoshinobu Noma, company president since 2011, Kodansha continues to play a dominant role in the media world, producing books and magazines in a wide variety of genres including literature, fiction, nonfiction, children’s, business, lifestyle, art, manga, fashion, and journalism. Recently, the company has focused on creating and developing a wide range of digital businesses. Company profile can be viewed here.

Kodansha Comics is the manga-publishing imprint of Kodansha USA Publishing (KUP), established in New York in 2008. Kodansha Comics’s first works were Katsuhiro Otomo’s Akira and Shirow Masamune’s The Ghost in the Shell. Kodansha Advanced Media is a digital-content distributor and producer established in San Francisco in 2015. More at http://www.kodanshacomics.com 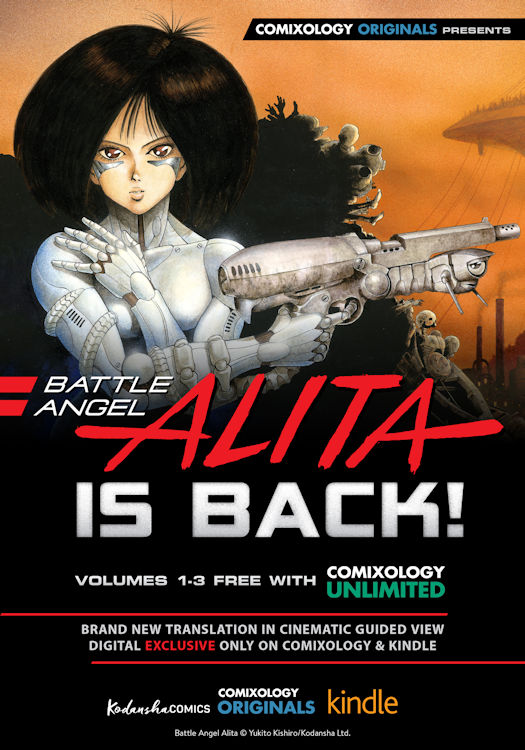