“We’re committed to continuing to bring on the highest quality writers to work with,” said Zenescope co-founder and Head of Film & Television, Ralph Tedesco. “LaToya’s a phenomenal talent who’s worked with us before and we’re lucky to now have her writing one of our most popular and beloved characters.”

“I’m thrilled to be writing this new series for Zenescope!” said LaToya Morgan. “This is one of the crown jewels of the company’s many wonderful comic book titles. Thanks to Ralph and the team for entrusting me to continue the adventures of this amazing character.”

Robyn Hood: The Hunt is the latest installment of Zenescope’s modern day re-imagining of the centuries-old Robin Hood folklore. The Hunt follows protagonist Robyn Locksley as she’s transported to an otherworldly high-tech maximum security prison. There she must fight for her life against some of the very beings she has placed inside the prison while also attempting to stop a terrifying new evil. 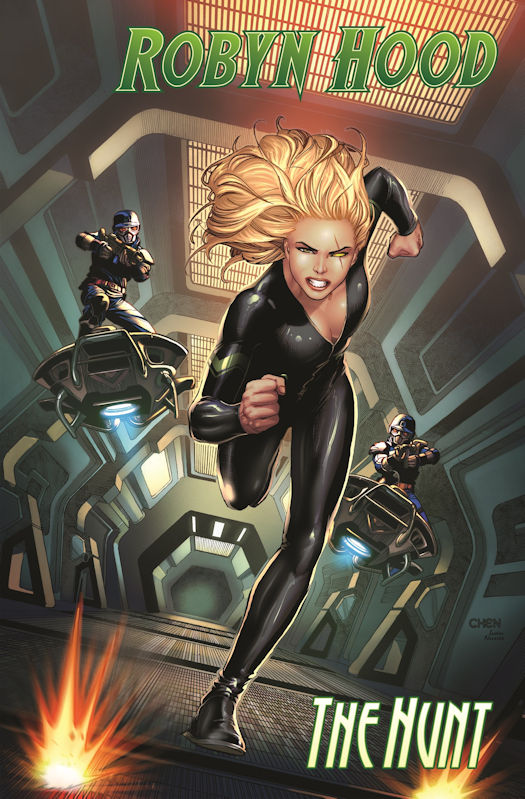 ZENESCOPE
Joe Brusha and Ralph Tedesco started out writing screenplays together about fifteen years ago but the two eventually came up with the idea that evolved into Zenescope Entertainment. The company was founded in 2005 and has become one of the most recognized independent comic book and graphic novel publishers in the world. Ralph and Joe's edgy and non-traditional brand of story-telling sets them apart from the pack. Zenescope's Grimm Fairy Tales and subsequent spinoff series such as Oz, Wonderland, Neverland and Robyn Hood, which re-imagine classic fables, are some of the best-selling and longest-running original independent comic books on shelves today. Zenescope publishes and develops both original and licensed material and has worked with dozens of clients that include Discovery Channel, History Channel, CBS, Lionsgate TV, Mandalay Vision, New Line Cinema, Titmouse Studios and many others.

Zenescope Entertainment has brought an exciting new feel to comics and are proud to have such a devoted fan base coming along for the ride.
Posted by Qwill at 7:42 AM