Review - I Found You by Lisa Jewell 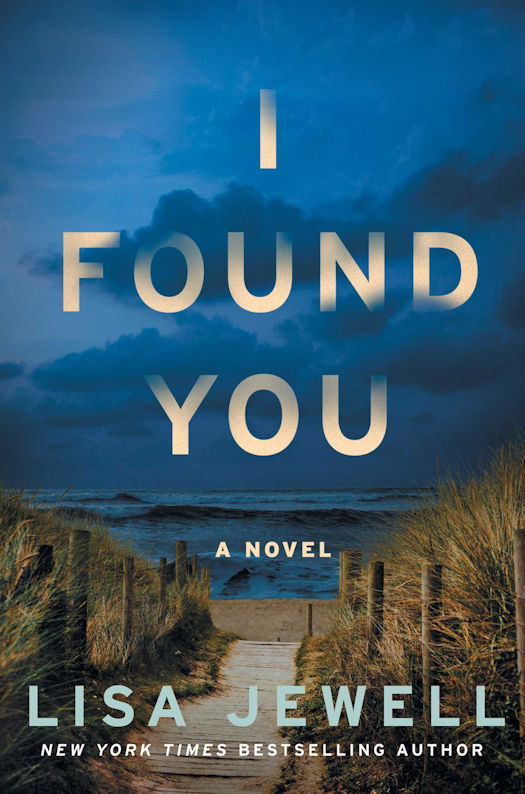 "Jewell is a wonderful storyteller. Her characters are believable, her writing is strong and poetic, and her narrative is infused with just enough intrigue to keep the pages turning. Readers of Liane Moriarty, Paula Hawkins, and Ruth Ware will love." —Library Journal (starred review)

In a windswept British seaside town, single mom Alice Lake finds a man sitting on the beach outside her house. He has no name, no jacket, and no idea how he got there. Against her better judgment, she invites him inside.

Meanwhile, in a suburb of London, twenty-one-year-old Lily Monrose has only been married for three weeks. When her new husband fails to come home from work one night she is left stranded in a new country where she knows no one. Then the police tell her that her husband never existed.

Alice Lake is an open book. A self-described badger-haired housewife with a bit of a spare tire, Alice is a single woman living a chaotic life with three children and three dogs in a cottage by the sea in the fictional Ridinghouse Bay on the East Yorkshire coast of England. Gazing out over the water from her bedroom window on a rainy day, she sees a lone man sitting on her beach. Hours later he's still there, so she offers him a coat and he tells her that he doesn't know where he is or who he is. As an extrovert who leads with her heart, she is deeply touched by how alone he seems. Alice would be the first to tell you that her decision making skills are poor and, not knowing if he's truly a lost soul or a murderer on holiday, she recklessly decides to take him in.

I Found You by Lisa Jewell falls within the very active women’s fiction/suspense genre. The story of Alice and her amnesiac houseguest, whom she begins to call Frank, is interleaved with stories from two other points of view. Just outside of London, Lily Monrose, a young transplant from Kiev, reports her husband missing when he doesn't come home from work one day after three weeks of wedded bliss. Lily is stunned to learn that the man she married was using a fake passport and that “Carl Monrose” does not exist. A third perspective set in Ridinghouse Bay in 1993 follows the summer holiday of the Ross family, including eighteen year old POV character Gray, his fifteen year old sister Kirsty, and the wealthy, handsome nineteen year old neighbor Mark Tate, who takes a very quick and troubling shine to Kirsty.

From the varying third person points of view, we follow Alice, Lily and Gray to the place where all stories converge. I Found You is primarily Alice’s story, and it was the desire to know her fate that reeled me in. The pace is slow but not laborious, with plenty of opportunity to collect clue fragments from the independent stories and try to assemble them into one cohesive tableau. Some of the puzzle pieces may not seem a perfect fit, and the resulting picture may require some suspension of disbelief once the ending becomes clear. There were some twists to the story, and even though there are only a few sensible outcomes, Jewell did a fine job playing out the stories across dueling timelines to keep the reader guessing for as long as possible.

Alice is a compelling protagonist with lovely shadings of human weakness and fallibility. She’s a caring mother who suffers withering looks from faculty at her young daughter’s school based on appearances and half-truths. Her impulsive, free-spirited style mixed with a tender and nurturing disposition does make her risky decision to shelter “Frank” feel plausible. All we can do is hope that it won't be the last bad decision she makes for herself and her children.

Jewell has crafted Lily with a much lighter touch, which suits the character and her situation. Lily is only twenty-one, living in a country that she doesn't know, and can’t understand how she could have been so wrong about the man she loves. She's defensive and scared and has no local support system. The two women are at much different places in their lives and the contrast in their coping skills is distinct. I enjoyed this night and day aspect of their separate stories as they slowly unspooled in tandem.

The segments told from Gray’s point of view are important to the overall story, but sometimes lacked in immediacy, perhaps because of Gray’s age and the fact that his story happens in the past.

I Found You is an engaging read with a solid central mystery, well-defined characters, and an ending that ties off all lingering questions about the final fates assigned to Alice, Lily, and Gray. I'd recommend the book to those who enjoy clever suspense and true-to-life characters. Well worth your time.