Jesse Sanchez is a kung fu master on a skateboard, and a homeless orphan failing seventh grade.

In THE STREET ANGEL GANG, the deadliest girl alive accidentally joins a super violent street gang. Are the Bleeders the family Jesse never had, or is Jesse the child they never wanted? What? Free snacks at the gang tryout party! Also, SCANDAL—one of the Bleeders is a spy!

“Find out what happens when the Deadliest Girl Alive embraces her inner gangsta,” said Rugg.

THE STREET ANGEL GANG is available for preorder via Amazon, Barnes & Noble, Indiebound, and Indigo.

scenes in the story.” —Comic Bastards
"STREET ANGEL remains as charming, inventive, and pitch-perfect as it was in the
beginning. An indie-comics classic!" —Hope Larson (Compass South, Batgirl)
“A fun read.” —Rogues Portal
“A complete package of a comic, STREET ANGEL: AFTER SCHOOL KUNG FU
SPECIAL tells a simple story with style, wit, and ingenuity.” —Multiversity Comics 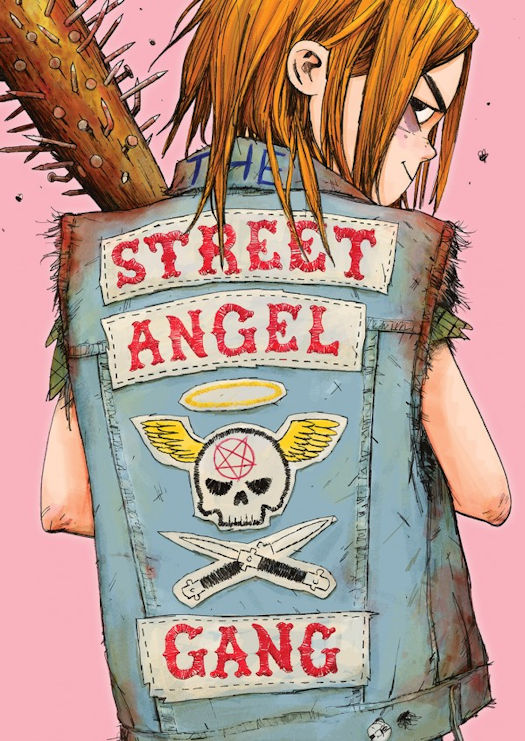