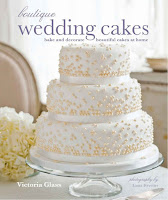 I'm back!! Sorry I haven't been around recently. I have been busy reading this book which would be really hard to review. There isn't much of a plot but some really delicious recipes. I highly recommend it if you are making a cake for either a wedding or other type of celebration. After lots of reading and lots of practicing (I am certain I gained about 10lbs from eating my practice runs)

In between reading this book and making the actual wedding cake I managed to read a couple of good books. The first one I would like to tell you I didn't actually read....I listened to it instead. If you remember from previous posts I am not the biggest fans of audio books as I get easily disappointed when the narrator doesn't sound what I have imagined the character to sound like. I have however, found a fantastic narrator and the perfect fit for an equally fantastic book. So what did I listen to? 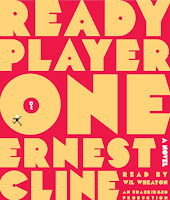 None other than Star Trek's very own Wil Wheaton narrates Ernest Cline's sci fi thriller Ready Player One. Set in 2044 the world has gone to pot. The lack of fossil fuels has crippled the world, unemployment is sky high and poverty is the norm. The teenager and star of this story Wade Watts escapes the desperation that is his life in the OASIS, a virtual world where you can live out any fantasy your imagination can dream up. James Halliday, the creator of the OASIS, left the world the biggest puzzle when he died. He left his entire fortune and virtual keys to the OASIS to the individual who solves a set of riddles to find the hidden crystal easter egg within this massive video game. Wade, like millions of other gamers, spend years trying to find even the first clue while studying every aspect of Halliday's life. Wade's life is about to change when he solves the first quest of Halliday's epic game. It's tough at the top and it's not long before Wade realises that trying to win this game may mean he loses everything, including his life. Game on!

Ready Player One is an epic in every sense of the word with over fifteen hours of audio as Wheaton gives life to Wade. I loved Wade and thought that Wheaton did a fantastic job of making this character believable and a joy to spend time with. I was on the edge of my seat through most of the story and that was down to Cline's expertise at creating tension and a compelling adventure. I think one of the reasons I enjoyed this audio book so much (Wheaton aside) was that it was told in the first person. Even if you aren't a big gamer there is something for everyone in Cline's story but if you happen to be one then this is a must read.

Book 2 was another excellent read - the final instalment of Carrie Patel's Recoletta series. The Song of the Dead starts immediately after the end of book 2, The Buried Life. There are new rulers in Recoletta who are no different than those who came before. Arnault is on the run with Jane in an attempt to destroy the Library...the very thing that brought about the Catastrophe. With Malone in pursuit Arnault and Jane make a daring and dangerous race across the ocean to try to save the world and to find the answers for what happened to theirs.

Patel does it again. This is another great story that takes us from the buried city of Recoletta, to the farming communes, onto a flotilla of ships across the ocean and the Continent where Arnault's big secret is revealed. I found the resolution of the plot arc very satisfying and Patel did a great job of tying up all the individual plot threads into one satisfying conclusion. It is hard to say much more without risking giving too much away. Suffice to say you will need to find out for yourself.


That is it for me but I hope to be back again next week with some equally good books to tell you about. Until then Happy Reading! 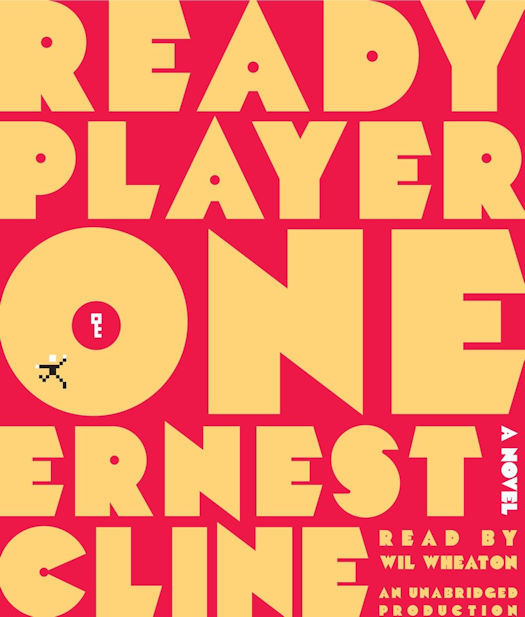 Like most of humanity, Wade Watts escapes his grim surroundings by spending his waking hours jacked into the OASIS, a sprawling virtual utopia that lets you be anything you want to be, a place where you can live and play and fall in love on any of ten thousand planets.

And like most of humanity, Wade dreams of being the one to discover the ultimate lottery ticket that lies concealed within this virtual world. For somewhere inside this giant networked playground, OASIS creator James Halliday has hidden a series of fiendish puzzles that will yield massive fortune—and remarkable power—to whoever can unlock them.

For years, millions have struggled fruitlessly to attain this prize, knowing only that Halliday’s riddles are based in the pop culture he loved—that of the late twentieth century. And for years, millions have found in this quest another means of escape, retreating into happy, obsessive study of Halliday’s icons. Like many of his contemporaries, Wade is as comfortable debating the finer points of John Hughes’s oeuvre, playing Pac-Man, or reciting Devo lyrics as he is scrounging power to run his OASIS rig.

And then Wade stumbles upon the first puzzle.

Suddenly the whole world is watching, and thousands of competitors join the hunt—among them certain powerful players who are willing to commit very real murder to beat Wade to this prize. Now the only way for Wade to survive and preserve everything he knows is to win. But to do so, he may have to leave behind his oh-so-perfect virtual existence and face up to life—and love—in the real world he’s always been so desperate to escape.

A world at stake.
A quest for the ultimate prize.
Are you ready?
– Bloomberg, Best Books of 2016 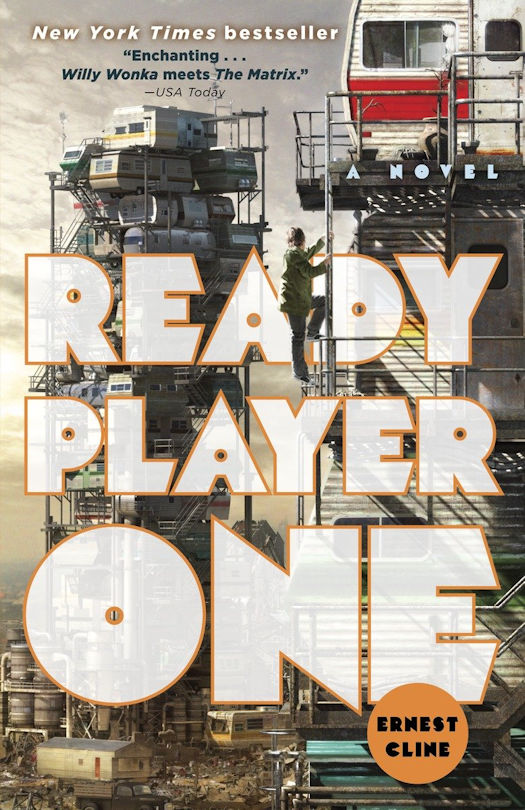 In the year 2044, reality is an ugly place. The only time teenage Wade Watts really feels alive is when he’s jacked into the virtual utopia known as the OASIS. Wade’s devoted his life to studying the puzzles hidden within this world’s digital confines—puzzles that are based on their creator’s obsession with the pop culture of decades past and that promise massive power and fortune to whoever can unlock them.

But when Wade stumbles upon the first clue, he finds himself beset by players willing to kill to take this ultimate prize. The race is on, and if Wade’s going to survive, he’ll have to win—and confront the real world he’s always been so desperate to escape. 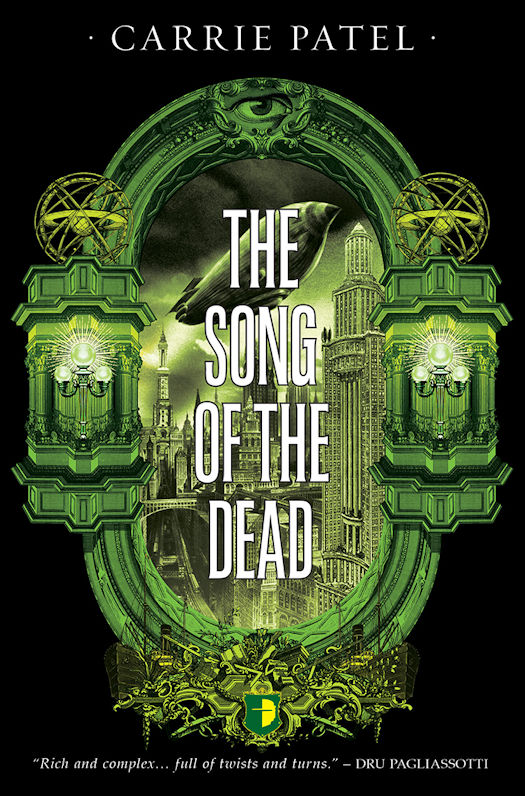 File Under: Fantasy [ Day of Execution | Sky High | We are the Dead | Nature of the Catastrophe ]