In LAZARUS: X+66 #1, superstar artist Steve Lieber (THE FIX, Superior Foes of Spider-Man) lends his talents to the trials and tribulations of Casey Solomon as she fights to survive Dagger training. Ever since she caught the eye of the Lazarus, Casey has learned that gaining the Family’s attention can be as much of a curse as a blessing. Will Dagger Selection destroy Casey, or will survival mean something worse?

“Part of the joy of writing LAZARUS for me is exploring and defining different aspects of the world, and in particular the characters who inhabit it,” said Rucka. “Following the events of Cull, and gearing up for the inevitable trauma that will be Fracture, this was the ideal time and place to look into some of the corners of our universe that had been, for one reason or another, neglected, while at the same time buttressing and expanding on the overall ‘main story’ that Michael and I are telling. Every one of these stories is important in the larger narrative, and getting to provide a laser focus on them is simply something that we can’t do in the confines of the pages of the monthly.

“And, speaking purely selfishly,” Rucka added, “it’s a chance to work closely with some amazing talent in both writing and art at the same time.”

“This project has been a ridiculous amount of fun,” said Trautmann. “LAZARUS has such a unique and interesting setting (which happens to cleave very closely to my own bleak outlook), and it has a surprising and subtle undercurrent of humor so black it has an event horizon. Who wouldn't jump at the chance to participate?”

“My previous collaborations with Greg and with Eric were career highlights for me, both personally and professionally,” said Lieber. “I was thrilled to work with them both together, along with the wildly talented color artist Santi Arcas.” 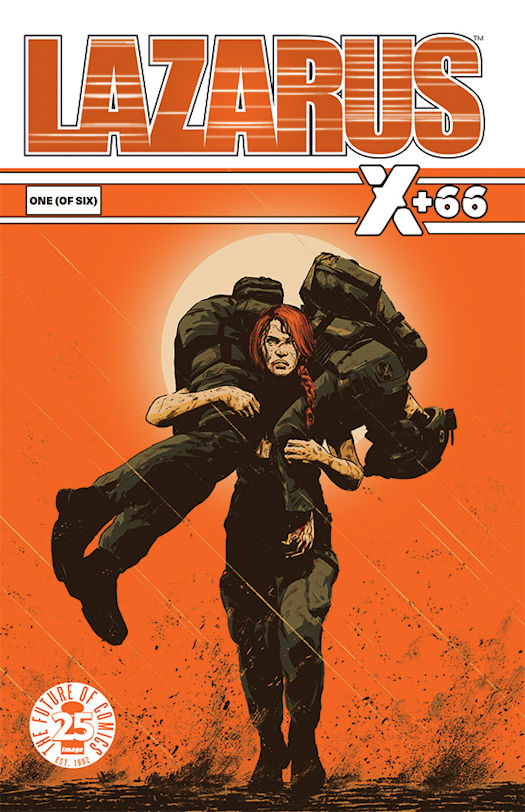