Created by Sam Barlow (“Her Story,” “Silent Hill”), an executive creative director at Eko, “#WarGames” puts viewers in the middle of a tale of hacktivism, modern-day espionage and military intrigue. Through the point of view of a young woman seeking justice for her family, viewers will shape the story. #WarGames is produced by Eko and m ss ng p eces. The new trailer for “#WarGames” is available here: https://youtu.be/s0LQ5Xpc3AA.


Viewers will follow Jess Nurse (“Scandal,” “Grace and Frankie”) as Kelly, an ex-military brat turned hacker activist, as she and a team of international hackers band together in an attempt to bring about peace. As events escalate, they may have done more harm than good. Viewers influence the story by switching between video feeds and the series “learns” from their choices, resulting in experiences that are unique and personal.

“‘#WarGames’ brings together a cast of talented newcomers, gripping narrative and seamless interactivity, giving the audience a deep personal stake in the story as it unfolds,” said Yoni Bloch, CEO of Eko. “The show ‘watches’ your actions, learns your preferences, and adapts intelligently. #WarGames is a perfect example of the types of stories Eko’s technology makes possible, and we’re thrilled to make the series available across multiple platforms so viewers can enjoy it wherever they are and at their own pace.”

Top-billed Cast:
Eko is an interactive entertainment company pioneering a new live-action medium that allows viewers to shape the stories they watch. 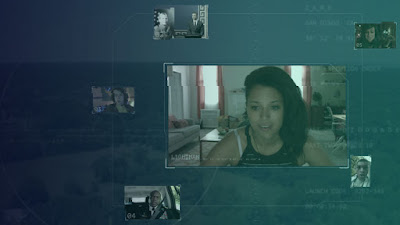 Eko is a pioneering interactive entertainment company that lets audiences shape stories as they unfold. Eko’s technology allows viewers to affect, control, and influence interactive entertainment like never before. The company provides a platform for interactive stories and partners with media companies, independent creators and top brands to create deeply engaging experiences for audiences. Stories are distributed through HelloEko.com, affiliate partners, and social networks; available on desktop, mobile and connected devices. The company has over 10 patents for its technology, including its proprietary player and authoring tools. Eko Studio, the company’s suite of authoring tools, is also offered for free to a community of creators who craft their own interactive experiences using Eko’s platform.

Metro Goldwyn Mayer (MGM) is a leading entertainment company focused on the production and global distribution of film and television content across all platforms. The company owns one of the world's deepest libraries of premium film and television content as well as the premium pay television network EPIX, which is available throughout the U.S. via cable, satellite, telco and digital distributors.  In addition, MGM has investments in numerous other television channels, digital platforms and interactive ventures and is producing premium short-form content for distribution. For more information, visit www.mgm.com.
Posted by Qwill at 5:05 AM