Interview with Laura Purcell, author of The Silent Companions


Please welcome Laura Purcell to The Qwillery as part of the 2018 Debut Author Challenge Interviews. The Silent Companions was published on March 6th by Penguin Books. 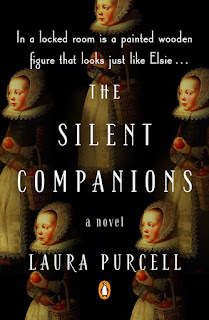 Laura:  The first piece of fiction I remember writing was at school when I was about five years old. We had to write and illustrate our own little books (held together by staples). Mine was about a sentient boiled sweet named Mikey. I still have it and it makes absolutely no sense.

Laura:  A hybrid, I think. I like to plot a novel out quite thoroughly before starting, but things often change. As I get more of a sense of the main character, they take on a life of their own and decide to perform different actions…

Laura:  Keeping belief in myself and the novel. Around the 25,000 word mark of the first draft, I tend to hit a barrier where I think it’s all terrible and I’ll never be able to finish it. Luckily, I’m used to this now and know it’s just part of the process. Still, it’s hard to push through.

Laura:  This is always a difficult question, because the answer is simply everything. My favourite books and TV shows, my love of history, exhibitions I have seen, places I have visited. The Silent Companions was heavily influenced by my enjoyment of the works of Susan Hill, Shirley Jackson, Daphne Du Maurier and Philippa Gregory.

TQ:  Describe The Silent Companions in 140 characters or less.

Laura:  Old paintings can often be creepy, but this time it’s not just the eyes that follow you …

TQ:  Tell us something about The Silent Companions that is not found in the book description.

Laura:  Part of the story follows Anne, the original mistress of the house in 1635. A keen herbalist, Anne treads the fine line between wise-woman and witch, suspected by the local villagers and her husband alike.

TQ:  What inspired you to write The Silent Companions? What appealed to you about writing a Victorian ghost story?

Laura:  The discovery of real life silent companions – wooden fire-screens painted to depict people – made me feel they deserved a novel of their own. I had never written anything scary before, but I found the companions so creepy that I knew I would have to change my tone for this book. While the companions originated in the 17th century, I felt the Victorian era was much more appropriate for a ghost story. It was also a period I had spent time researching. Some of the earliest books I loved were Victorian Gothic – Jane Eyre and Wuthering Heights in particular. I couldn’t resist venturing back into that world.

TQ:  Do you have any favorite ghost stories?

Laura:  Susan Hill’s The Woman in Black has never failed to chill me, whether in the incarnation of the book, film or stage-show. I also adore Shirley Jackson’s The Haunting of Hill House.

TQ:  What sort of research did you do for The Silent Companions?

Laura:  I undertook research in both the Victorian and early Stuart periods, along with detailed research into the genre. I read as many ghost stories and Gothic novels as I could, trying to learn from the authors who masterfully conjure a creepy atmosphere. My protagonist Elsie owns a match factory, which led me to Victorian newspaper accounts about the conditions for factory workers. I also spent time consulting original texts from the 17th century about herbal cures to help me with Anne’s storyline.

TQ:  Please tell us about the cover for The Silent Companions.

Laura:  The cover features a real-life silent companion owned by The National Trust. This particular screen is of a young girl with a basket of apples and walnuts. She represents the first companion Elsie finds in the house.

TQ:  In The Silent Companions who was the easiest character to write and why?

Laura:  The hardest and why? I found Anne’s voice came to me very quickly, but this might be because her narrative was written in the first person. I struggled at times with Elsie’s brother Jolyon, who has conflicted feelings towards his sister. Sometimes I wasn’t sure if he was going to be in an indulgent mood or an irritable one.

TQ:  Which question about The Silent Companions do you wish someone would ask? Ask it and answer it!

Laura:  To be honest, I released in my home country of the UK back in October and I think I have been asked pretty much every question possible in the last six months. But I often find it amusing when people ask if I own a silent companion. I don’t – and if you read the book you will see why I don’t want to!

TQ:  Give us one or two of your favorite non-spoilery quotes from The Silent Companions.

Laura:  She did not like being alone in this house: she felt it was watching her. Sensing her movements within its walls, as she felt the baby flutter in her belly.

A companion, the sweeper, watches me. Her gaze has become shameful, degrading; as if she knows every secret of my soul.

Laura:  My next book is called The Corset. It’s about a seamstress who believes she has a supernatural power to hurt people with the clothes she makes. I also have a short story, Cameo, coming out in an anthology in the autumn. This is a tale of haunted heirlooms set in the 1920s. 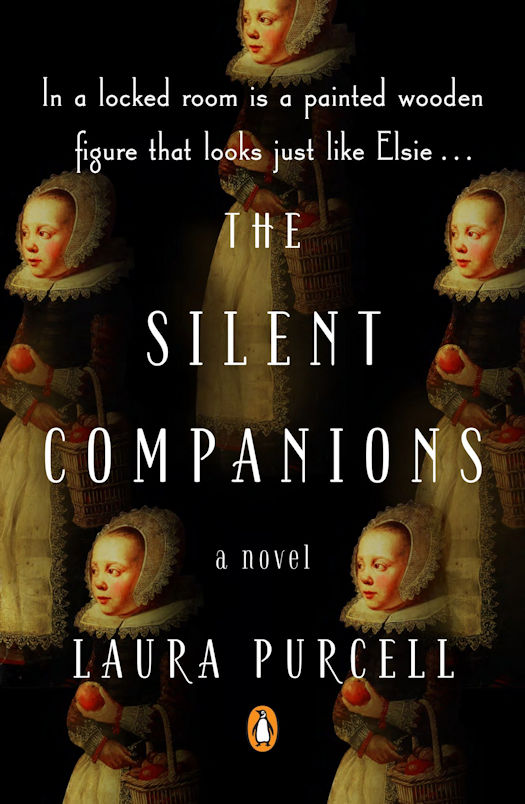 When newly widowed Elsie is sent to see out her pregnancy at her late husband’s crumbling country estate, what greets her is far from the life of wealth and privilege she was expecting . . .

When Elsie married handsome young heir Rupert Bainbridge, she believed she was destined for a life of luxury. But with her husband dead just weeks after their marriage, her new servants resentful, and the local villagers actively hostile, Elsie has only her husband’s awkward cousin for company. Or so she thinks. Inside her new home lies a locked door, beyond which is a painted wooden figure—a silent companion—that bears a striking resemblance to Elsie herself. The residents of the estate are terrified of the figure, but Elsie tries to shrug this off as simple superstition—that is, until she notices the figure’s eyes following her.

A Victorian ghost story that evokes a most unsettling kind of fear, The Silent Companions is a tale that creeps its way through the consciousness in ways you least expect—much like the companions themselves.

“A perfect read for a winter night . . . An intriguing, nuanced and genuinely eerie slice of Victorian gothic.” —The Guardian

Laura Purcell worked in local government, the financial industry, and a bookshop before becoming a full-time writer. She lives in Colchester, the oldest recorded town in England, with her husband and pet guinea pigs. Fascinated by the darker side of royal history, Laura has also written two historical fiction novels about the Hanoverian dynasty.