Telltale's Batman: The Enemy Within Season Finale Premieres March 27 Across All Platforms


The Season Finale of Telltale's Batman: The Enemy Within Premieres March 27 Across All Platforms 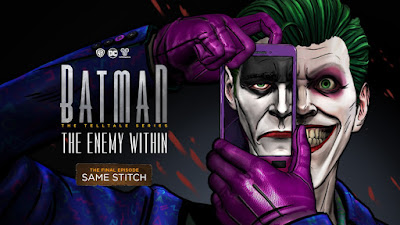 Today we are thrilled to share the official release date for the fifth and final episode of Batman: The Enemy Within, the ongoing five-part episodic game series that continues Telltale's unique take on the World's Greatest Detective. Episode five, 'Same Stitch,' launches Tuesday, March 27 on Xbox One, PlayStation 4, PC, Mac, and mobile. You can download new screenshots and key art by following the links above. The official episode description appears below:

"What would you choose: a friend whose unhinged approach to justice turns your allies against you, or a sworn enemy who will stop at nothing to see you suffer as your city burns? Based on the relationship you've built with John Doe, you'll see one of two very different stories play out. So what'll it be, Bruce: friend...or foe?" 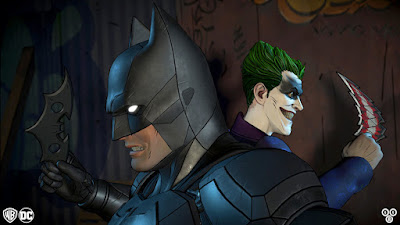 As the description indicates, the choices players have made over the course of the season will determine which story -- and which version of The Joker -- they'll see in the finale. Same Stitch features two totally separate takes on the fully evolved John Doe: one a ruthless villain that hews closer to the classic Clown Prince of Crime and the other an unpredictable vigilante that's unlike any other portrayal of DC's iconic character.

In total, Same Stitch contains three and a half hours of content spread across two completely distinct storylines that share, at most, only three overlapping scenes. Each of those storylines includes further conditional variations that reflect players' earlier choices and make Same Stitch, mathematically, Telltale's "branchiest" episode ever. With over 4,500 lines of dialogue divided among 38 characters, the overall script for the episode is larger than Christopher Nolan's entire Dark Knight trilogy.

"Without exaggeration, Same Stitch is the most ambitious piece of content Telltale has ever produced," says Season Lead Writer James Windeler. "We had to adjust our usual development process to accommodate the added scope, but it was super important to us to honor players' choices, whether they chose to befriend John or not. We had to deliver on the season's central promise of allowing players to craft their own Joker." 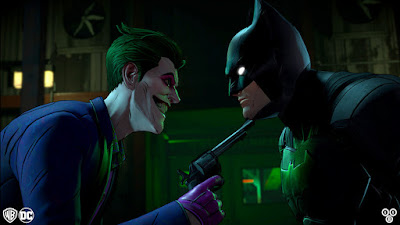 Rendered to look like a living, breathing comic book, Telltale's vision of Batman features an award-winning cast of talent including Troy Baker, who returns to his dual role as Bruce Wayne and Batman, as well as Anthony Ingruber, who reprises his fresh take on 'John Doe,' better known to fans as The Joker.

A 'Season Pass Disc' for Xbox One and PlayStation 4 is currently available at retailers across North America and Europe. The disc includes the first episode of the season, as well as download access to all subsequent episodes as they are released.

Batman: The Enemy Within is a standalone product separate from the first season of Batman - The Telltale Series. Both products are licensed by Warner Bros. Interactive Entertainment and based on DC's iconic character. Episode five, 'Same Stitch,' has been rated 'Mature' by the ESRB. 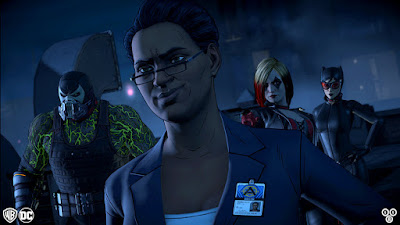 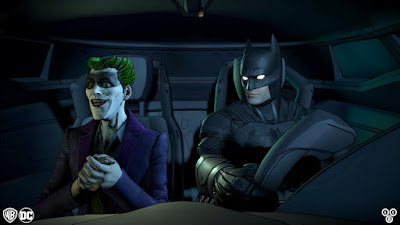 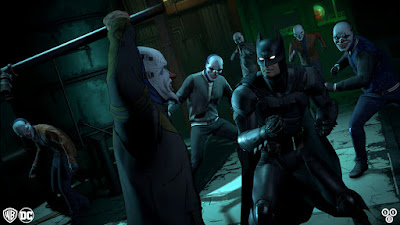 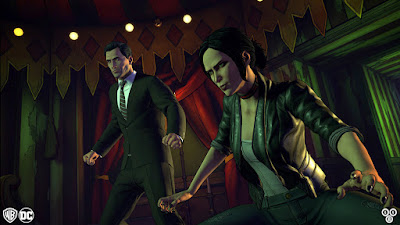 
Warner Bros. Interactive Entertainment, a division of Warner Bros. Home Entertainment, Inc., is a premier worldwide publisher, developer, licensor, and distributor of entertainment content for the interactive space across all platforms, including console, handheld, mobile and PC-based gaming for both internal and third-party game titles.


DC Entertainment, home to iconic brands DC (Superman, Batman, Green Lantern, Wonder Woman, The Flash, etc.), Vertigo (Sandman, Fables, etc.) and MAD, is the creative division charged with strategically integrating its content across Warner Bros. Entertainment and Time Warner. DC Entertainment works in concert with many key Warner Bros. divisions to unleash its stories and characters across all media, including but not limited to film, television, consumer products, home entertainment and interactive games. Publishing thousands of comic books, graphic novels and magazines each year, DC Entertainment is one of the largest English-language publishers of comics in the world.


Telltale is a leading independent developer and publisher of games for every major interactive platform, including PC, home consoles, and mobile devices. It also pioneered the episodic delivery of digital gaming content.


Founded in 2004 by games industry veterans with decades of experience, Telltale quickly became an industry leader, with numerous honors and awards from the Academy of Interactive Arts and Sciences, BAFTA, IMGA, and more. In 2012, Telltale was named Studio of the Year after establishing a model for successful episodic game creation and digital publishing.


Telltale's reputation for quality has been established across more than three dozen different product releases over the years, earning acclaim from publications like IGN, The New York Times, and Variety, as well as over 100 "Game of the Year" awards. Telltale is a fully licensed third-party publisher on consoles from Microsoft, Sony, and Nintendo, and also publishes games on the PC, Mac, and Apple iOS platforms. For more information, visit www.telltalegames.com.


BATMAN and all characters, their distinctive likenesses, and related elements are trademarks of DC Comics © 2018. All Rights Reserved. WB GAMES LOGO, WB SHIELD: ™ & © Warner Bros. Entertainment Inc. (s18)
Posted by Qwill at 5:25 AM