Please welcome Clarissa Goenawan to The Qwillery as part of the 2018 Debut Author Challenge Interviews. Rainbirds is published on March 6th by Soho Press. 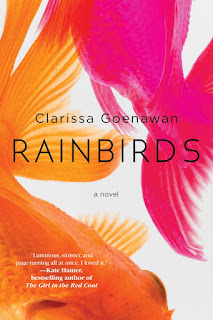 Clarissa:  When I was still in elementary school, I wrote a horror short story about a group of kids who ventured into a haunted house. I sent the handwritten manuscript to a daily newspaper based in Surabaya, my hometown. Needless to say, my amateurish attempt never made it into the paper, but I fondly remember standing in front of a mailbox by the main road, praying intently, before dropping my envelope in.

Clarissa:  A pantser! I usually have a clear idea of a beginning, a sense of ending, and some sort of key scenes I’d like to include—but nothing in-between. I just write and write and write, hoping that eventually, they’ll turn into something.

Clarissa:  Proofreading, especially after I’ve grown too close to my work. Reading from print-outs usually helps, so does taking a couple of weeks’ break.

Clarissa:  My mother tongue is Indonesian, and I think being a non-native writer influences my writing. Some people told me there is a translation quality in my writing style, which suits the kind of story I’m writing. I’m also a huge fan of contemporary Japanese literature and manga (Japanese comics), which plays a huge part in why I chose to set Rainbirds in Japan.

Clarissa:  Rainbirds follows a young man’s path to self-discovery as he struggles with his sister’s unsolved murder. It’s a literary mystery with elements of magical realism.

TQ:  Tell us something about Rainbirds that is not found in the book description.

Clarissa:  Rainbirds features a lot of my favorite things: classic books, great songs, delicious foods (Japanese staples, desserts and chocolates, my usual picks from the convenience stores), beautiful sports cars from the nineties, and of course, my favorite type of weather—rainy days!

TQ:  What inspired you to write Rainbirds?

Clarissa:  Sometime in 2011, a question came into my mind one afternoon: “What if one day someone I cared about suddenly passed away, and I realized too late I never got to know them well?” The idea struck me strongly, and I knew I had to write this story.

TQ:  What sort of research did you do for Rainbirds?

Clarissa:  A huge manga fan, I studied Japanese language and was part of the Japanese culture club in high school, so the Japanese culture wasn’t something totally new, but I wanted all the details to be as accurate as possible. I consulted a number of books and article on customs I wasn’t familiar with, for example, the funeral ceremony. As Rainbirds is set in 1994, I also studied what happened during that year. I have print-outs of the historical weather report and the moon phase data in my research folder.

TQ:  Please tell us about the cover for Rainbirds.

Clarissa:  As a lover of beautiful covers, I do judge a book by its cover.

In the early stages, my editor asked if I had an idea of what kind of cover might be suitable. I came up with an embarrassingly long and detailed answer. But in the end, I did say something along the lines of, “You know what, just surprise me.”

Indeed, the cover wasn’t like anything I had in mind—but it’s stunning! Look at those gorgeous colors! Obviously, I’m biased, but I really love the end result. The cover is so beautiful, I remember thinking, “Wow, this is the kind of book I would buy just because it looks so pretty.”

As for the image: dream plays a big part in Rainbirds, and the goldfish is featured in one the dream scenes.

TQ:  In Rainbirds who was the easiest character to write and why? The hardest and why?

Clarissa:  I enjoyed writing Rio Nakajima, a young girl the narrator affectionately called ‘Seven Stars’, after the brand of cigarettes she smoked. She’s smart, bold, and at times—extremely rash. I love how her personality clashes with the narrator’s. I had a lot of fun writing her scenes.

The most challenging character to write is Keiko Ishida, the narrator’s seemingly perfect older sister whose death is the catalyst for the story. It took me multiple drafts over the years to figure out what kind of person she really was, why she did what she did, and all the secrets she took along with her the night she was murdered.

TQ:  Can you talk about the magical realism elements in Rainbirds? What draws you into it?

Clarissa:  In Rainbirds, the dream world often merges into reality.

I’m always intrigued by the concept of a dream and how we perceive it. In my experience, a dream comes in various forms—sometimes it’s crystal clear, sometimes it’s muddy and confusing. A few times I dreamt of something I thought had happened, and other times something happened and I remembered I’d dreamt about it.

TQ:  Give us one or two of your favorite non-spoilery quotes from Rainbirds.

“Most of the noises around us are unnecessary. My ears block that noise.”

“The trouble with emotional pain is, you can’t see the wound. But it’s still there. It’s real.”

Clarissa:  I’m currently working on two novels. One of them is literary suspense, while the other is a literary mystery. Just like Rainbirds, both of them are set in Japan. The three novels are not in a series, but they are interrelated. Characters in one book will make appearances in the others. I hope readers of Rainbirds will have fun guessing who they are.

Clarissa:  Thank you for having me ☺ 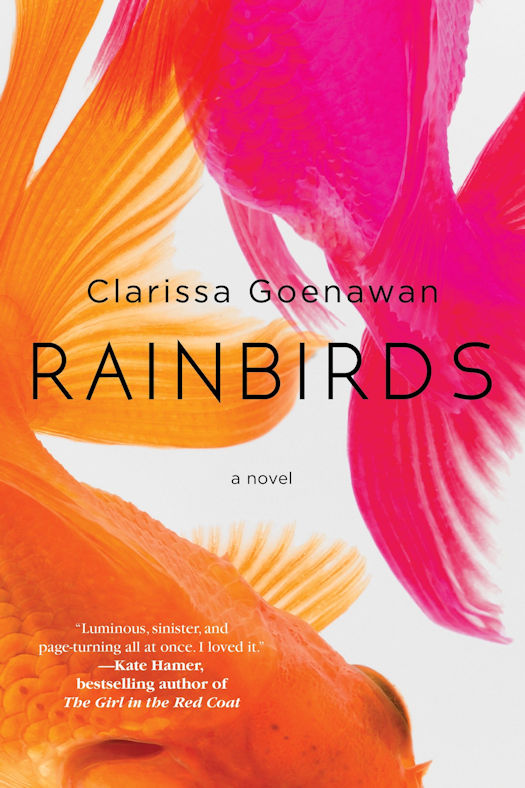 Set in an imagined town outside Tokyo, Clarissa Goenawan’s dark, spellbinding literary debut follows a young man’s path to self-discovery in the wake of his sister’s murder.

Ren Ishida has nearly completed his graduate degree at Keio University when he receives news of his sister’s violent death. Keiko was stabbed one rainy night on her way home, and there are no leads. Ren heads to Akakawa to conclude his sister’s affairs, failing to understand why she chose to turn her back on the family and Tokyo for this desolate place years ago.

But then Ren is offered Keiko’s newly vacant teaching position at a prestigious local cram school and her bizarre former arrangement of free lodging at a wealthy politician’s mansion in exchange for reading to the man’s ailing wife. He accepts both, abandoning Tokyo and his crumbling relationship there in order to better understand his sister’s life and what took place the night of her death.

As Ren comes to know the eccentric local figures, from the enigmatic politician who’s boarding him to his fellow teachers and a rebellious, captivating young female student, he delves into his shared childhood with Keiko and what followed. Haunted in his dreams by a young girl who is desperately trying to tell him something, Ren realizes that Keiko Ishida kept many secrets, even from him. 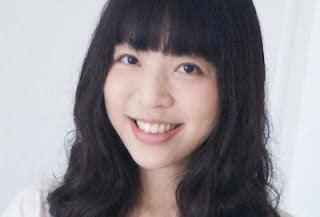 Clarissa Goenawan is an Indonesian-born Singaporean writer. Her debut novel, Rainbirds, is the winner of the 2015 Bath Novel Award. Her short stories have won several awards and been published in various literary magazines and anthologies, such as The MacGuffin, Your Impossible Voice, Esquire, Monsoon Book, Writing The City, Needle in the Hay, and many others. She loves rainy days, pretty books, and hot green tea.