Eye of the Beholder: The Art of Dungeons & Dragons 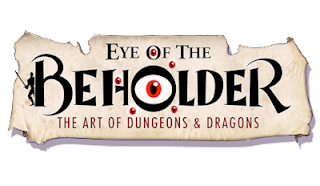 EYE OF THE BEHOLDER: THE ART OF DUNGEONS & DRAGONS
DOCUMENTARY HEADS INTO POST-PRODUCTION,
LAUNCHES KICKSTARTER

28 Feb, 2018: Washington, DC: Eye of the Beholder: The Art of Dungeons & Dragons, an exciting new feature-length documentary, has now entered post-production, and is scheduled to premier at the Gen Con 2018 Film Festival in Indianapolis, Indiana this August. The documentary explores the history, influence, and stories behind the artwork that helps create the worlds in which we all play, and profiles D&D artists (both past and present), former TSR insiders, game designers, authors, and fans. Eye of the Beholder is a celebration of the art we all love so much.

The filmmaking team of Kelley Slagle, Brian Stillman, and Seth Polansky have spent the last three years traveling the country and conducting interviews with some of the biggest names in D&D art, including Jeff Easley, Larry Elmore, Clyde Caldwell, Jennell Jaquays, Darlene, Tony DiTerlizzi, Brom, Erol Otus, Todd Lockwood, Jeff Dee, Diesel LaForce, Donato Giancola, Steve Prescott, Chris Seaman, and many, many more. These are the men and women who, over the last 40-plus years, helped shape the look and feel of Dungeons & Dragons, from the earliest days at TSR in Lake Geneva, Wisconsin, to its current home with Wizards of the Coast.

With shooting and production behind it, Eye of the Beholder is launching a Kickstarter campaign on Valentine's Day to raise finishing funds. Rewards include copies of the film either digitally or on DVD; hand-signed prints by Larry Elmore, Brom, Jennell Jaquays, Erol Otus, Tony DiTerlizzi, and Todd Lockwood; and two different T-shirts featuring new, exclusive art by Jeff Easley!

Eye of the Beholder: The Art of Dungeons & Dragons is co-produced by Cavegirl Productions and X-Ray Films.

About Cavegirl Productions: Headed by founders Kelley Slagle and Seth Polansky, began producing independent films in 2004, including 13 short films and the award-winning fantasy web series The Broken Continent, which successfully raised over $50,000 on Kickstarter. In 2014, Cavegirl released the award-winning dramedy feature film Of Dice and Men - "a geek movie without the self-loathing" - now available on Amazon Prime.

About X-Ray Films: Brian Stillman, the founder of X-Ray Films, has more than 20 years experience as a professional journalist and filmmaker, working in both the print and documentary worlds. He’s a producer on the hit Netflix documentary series The Toys That Made Us (The Nacelle Co.), and in 2014, he released the documentary Plastic Galaxy: The Story of Star Wars Toys. He is co-editor, with ArtOrder’s John Schindehette, of the upcoming The Owlbear Almanac: The Handbook of the Owlbear Appreciation Society.

EYE OF THE BEHOLDER: The Art of Dungeons and Dragons - Documentary - Teaser
from Kelley Slagle on Vimeo.

EYE OF THE BEHOLDER: The Art of Dungeons & Dragons - Trailer 2
from Kelley Slagle on Vimeo. 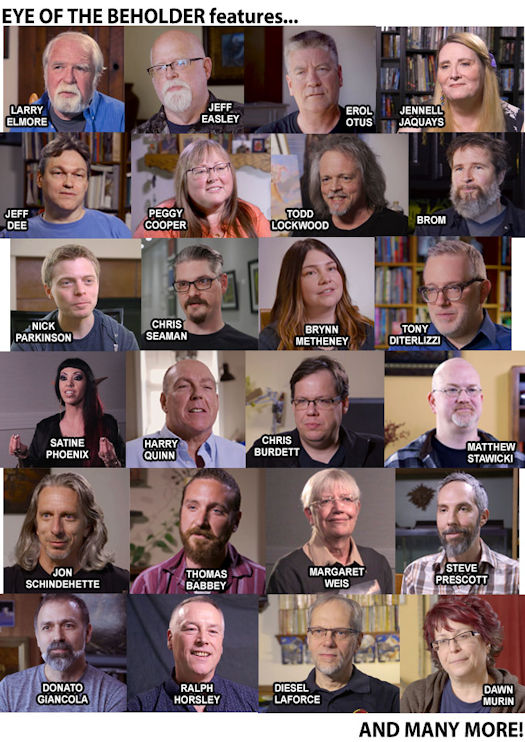