The Gravediggers Union, Vol. 1 Available in May

ENTER THE GRAVEDIGGERS UNION—
A BROTHERHOOD SWORN TO DEFEND THE LIVING FROM THE UNDEAD
Sneak a peek at the action-packed preview pages revealed
PORTLAND, OR, 03/26/2018 — DEADLY CLASS co-creator Wes Craig teams up with artist Toby Cypress (Omega Men) to introduce you to the weird horror of THE GRAVEDIGGERS UNION, VOL.1 this May. The trade paperback collects issues #1-5 of the ongoing series.

In THE GRAVEDIGGERS UNION, VOL. 1, the supernatural world has gone berserk, and it’s all tied to a powerful cult called the Black Temple. They want to unleash ancient dark gods on mankind and bring about the apocalypse. The only things that stands in their way are Cole, Haley, and Ortiz. They’re members of the Gravediggers Union, a brotherhood sworn to defend the living from the undead. At the center of the Black Temple’s plan is a street kid named Morgan. She’s the key to the coming apocalypse. Also, she’s Cole’s estranged daughter. To find her, the Gravediggers will have to contend with a witch who hates their guts, a former cult member who used to be the world’s biggest movie star, yuppie vampires, steroid-zombies, junk golems…and no overtime pay. 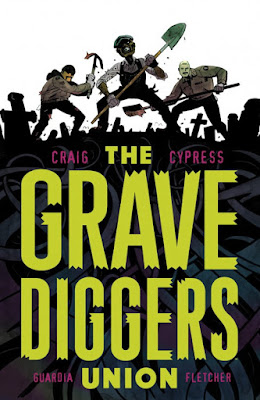 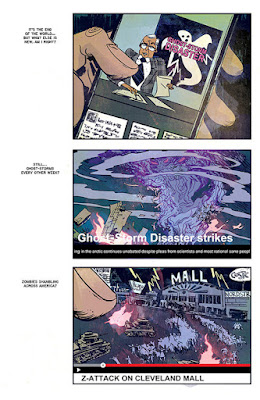 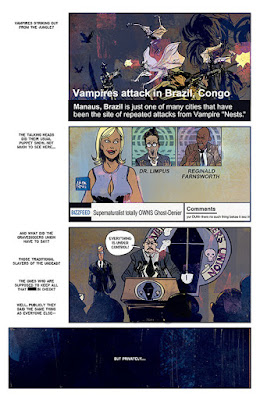 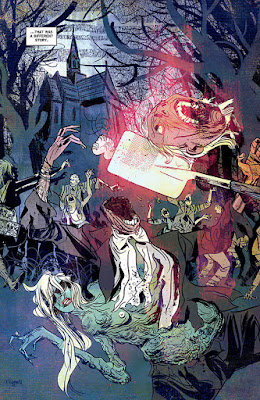 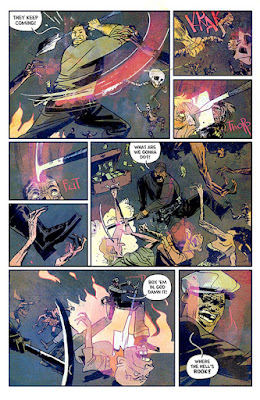 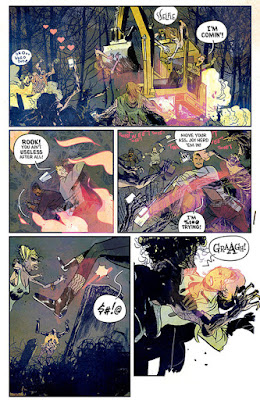 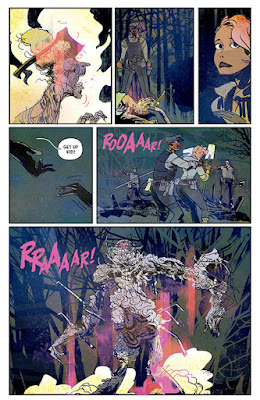 [click to embiggen]
ABOUT IMAGE COMICS
Image Comics is a comic book and graphic novel publisher founded in 1992 by a collective of bestselling artists. Image has since gone on to become one of the largest comics publishers in the United States. Image currently has five partners: Robert Kirkman, Erik Larsen, Todd McFarlane, Marc Silvestri, and Jim Valentino. It consists of five major houses: Todd McFarlane Productions, Top Cow Productions, Shadowline Comics, Skybound Entertainment, and Image Central. Image publishes comics and graphic novels in nearly every genre, sub-genre, and style imaginable. It offers science fiction, fantasy, romance, horror, crime fiction, historical fiction, humor and more by the finest artists and writers working in the medium today. For more information, visit www.imagecomics.com.
Posted by Qwill at 5:15 AM