Sacred Creatures, Vol. 1, Coming in May!

MYTH AND REALITY CLASH IN
SACRED CREATURES, VOL. 1
Issues #1-6 of the ongoing series will be collected into trade paperback this May
PORTLAND, OR, 03/26/2018 — Comics legends Klaus Janson (Daredevil, Dark Knight Returns) and Pablo Raimondi (X-Factor, Book of Doom) come together for their first ever creator-owned series in SACRED CREATURES, VOL. 1 out this May. The trade paperback will collect issues #1-6 of the ongoing series.

When the supernatural forces maintaining the fragile balance of power in this world start to unravel, Josh Miller, a young college grad and expectant father, is caught in the middle of a vast conspiracy threatening to tear apart the foundations of humanity as we know it. As myth and reality collide, Josh finds himself on the frontline of a battle against an enemy dating back to the beginning of time itself. 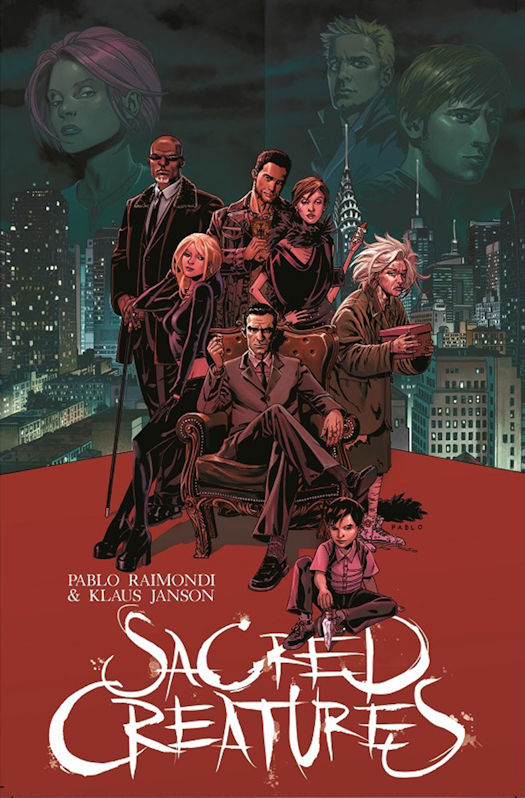