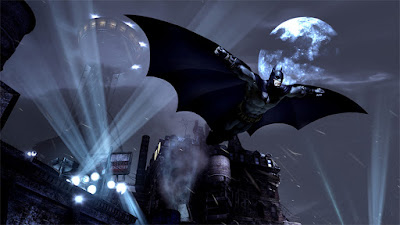 EA Announces Warner Bros Interactive Entertainment and More to Enter Origin Access
Players Can Try Games from the Batman™: Arkham Series and LEGO® Batman Series with a Seven Day Free Trial* from March 8-26
REDWOOD SHORES, Calif.--March 8, 2018 (BUSINESS WIRE)--Electronic Arts Inc. (NASDAQ: EA) today announced the addition of six Warner Bros Interactive Entertainment titles to Origin Access*, marking the first major publisher outside of EA to introduce titles to The Vault. Origin Access members can now play games from the hit Batman™: Arkham series and LEGO® Batman series. In the coming weeks, more games will be joining The Vault including the award-winning indie title, The Witness, and a brand-new game, Out of the Park 19.

The new line-up of games entering The Vault will include:

Available now:
Coming soon:
For players who are not a member of Origin Access, they can try some of these games and the full line-up of titles in The Vault for free during a seven-day trial from now through March 26, 2018. Players can also access discounts on Origin game purchases. To learn more about member benefits, visit www.origin.com/store/origin-access.

* One Free Trial per EA Account. After the trial, the current Origin Access monthly or annual membership fee will be billed. Cancel anytime during the trial period without charge.

* In place of a free trial, first monthly or annual subscription fee will be charged after 7 days. Cancel anytime during this 7-day period and you won't be charged. One sign up per EA Account.

Electronic Arts (NASDAQ: EA) is a global leader in digital interactive entertainment. The Company develops and delivers games, content and online services for Internet-connected consoles, mobile devices and personal computers. EA has more than 300 million registered players around the world.

In fiscal year 2017, EA posted GAAP net revenue of $4.8 billion. Headquartered in Redwood City, California, EA is recognized for a portfolio of critically acclaimed, high-quality brands such as The Sims™, Madden NFL, EA SPORTS™ FIFA, Battlefield™, Need for Speed™, Dragon Age™ and Plants vs. Zombies™. More information about EA is available at www.ea.com/news.

Origin, The Sims, EA SPORTS, Battlefield, Need for Speed, Dragon Age and Plants vs. Zombies are trademarks of Electronic Arts Inc. John Madden, NFL and FIFA are the property of their respective owners and used with permission.
Posted by Qwill at 5:15 AM