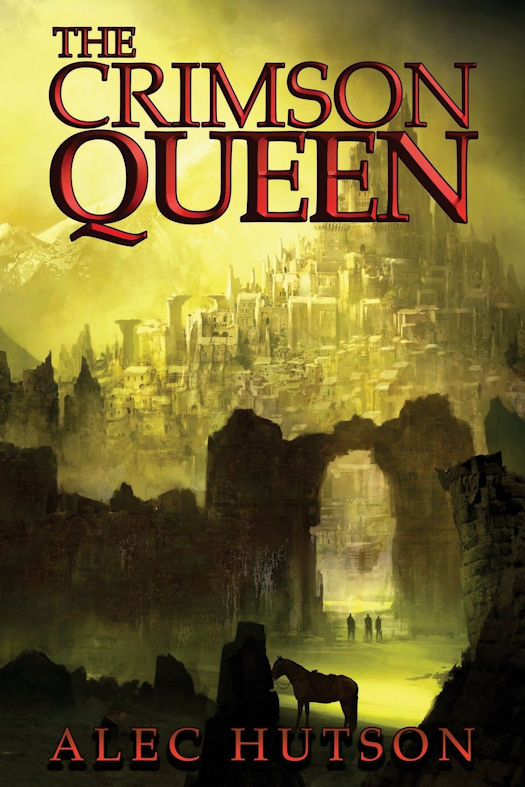 Long ago the world fell into twilight, when the great empires of old consumed each other in sorcerous cataclysms. In the south the Star Towers fell, swallowed by the sea, while the black glaciers descended upon the northern holdfasts, entombing the cities of Min-Ceruth in ice and sorcery. Then from the ancient empire of Menekar the paladins of Ama came, putting every surviving sorcerer to the sword and cleansing their taint from the land for the radiant glory of their lord.

The pulse of magic slowed, fading like the heartbeat of a dying man.

But after a thousand years it has begun to quicken again.

A young queen rises in the west, fanning the long-smoldering embers of magic into a blaze once more…

And the immortals who survived the ancient cataclysms bestir themselves, casting about for why the world is suddenly changing…

Keilan, a boy with special abilities, comes from a backwater fishing village in a kingdom where magic is forbidden.When a cleric visits to spread the word of the god Ama, Keilan is singled out as a possible sorcerer. Soon after, a paladin named Senacus is sent to verify the allegation. Senacus is one of the Pure, a sect with powers of their own, who have taken vows to seek out magic in the name of Ama and destroy it. The paladin senses Keilan’s abilities and explains to the boy that he must return with him to Chale where he will suffer the cleansing ritual. If his heart is true, and he survives as Senacus did, he would join the ranks of the Pure. Keilan is terrified because the odds of surviving the ritual are slim. As Senacus and Keilan journey back to Chale, they are waylaid. The queen of Dymoria has heard of the boy’s talents and has sent a small force to retrieve him. Senacus, outnumbered, relinquishes the boy, and thus begins Keilan’s eventful journey to The Crimson Queen.

I love the idea of the Crimson Queen. Cein d'Kara, the queen of Dymoria, is a highly educated, innovative, and powerful sorceress who offers sanctuary to those persecuted because of their abilities. She has created a school of magic and works tirelessly to protect her kingdom from those that would destroy it. Dymoria is diverse and bursting with colorful characters that bring the city to life. Hutson’s world-building is outstanding and the compelling plot moves along at a good pace with a few unexpected twists and turns thrown in for good measure.

Although I really do like this story, I feel there are a couple of missteps. One minor quibble: Keilan stumbles across a shirt made of light-weight material that reminded me way too much of J.R.R. Tolkien’s mithril. One major quibble: Hutson’s treatment of his female characters.There are three strong females, so why am I disappointed? *Spoiler alert: in the climactic battle between good and evil, a clash of wills between two very powerful women, Cein d’Kara, touches upon the antagonist’s black deeds of murder, yet venomously shouts, “You should be an empress, and instead you spread your legs...”

Really? The Crimson Queen is angry about the sexual choices of her adversary? More than the murdering of innocents? I don’t buy it. The story would be so much more interesting for me if his female characters received better insults than ones that demean their sexual activities. Hutson is much more inventive when he is writing for his male characters. For instance, I really enjoy Senacus’ inner turmoil and Keilan’s growth as both a character and a magister apprentice.

Although this story isn’t perfect, it is immensely entertaining. I would highly recommend this book to lovers of the fantasy genre; it was fun to read, has great action sequences and I grew to care for the characters. The Crimson Queen shines and earns an 8.5 out of 10.
Posted by Qwill at 6:00 AM